All part of the plan, Whatley, Wright shine in Ozark’s season-opening victory 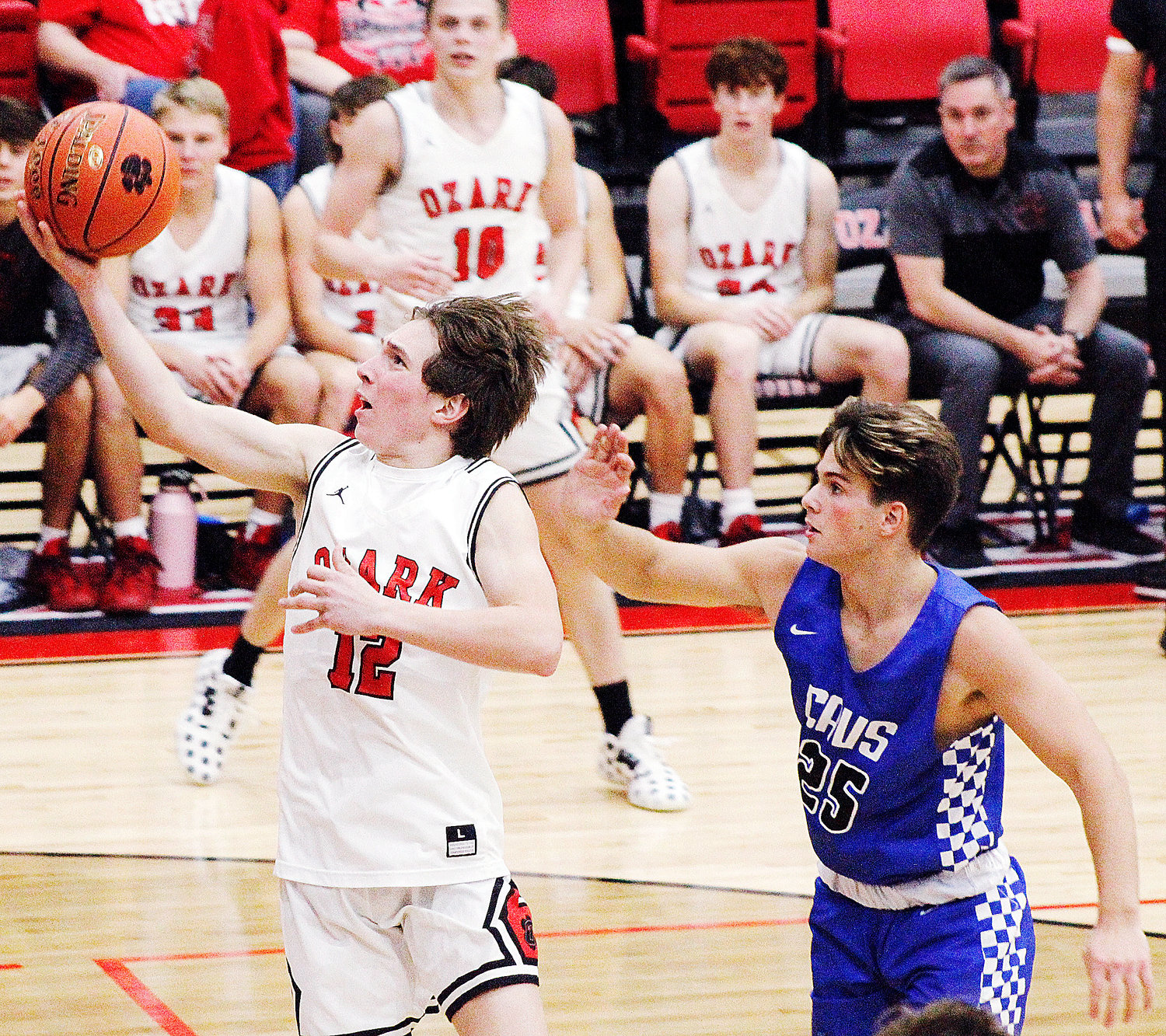 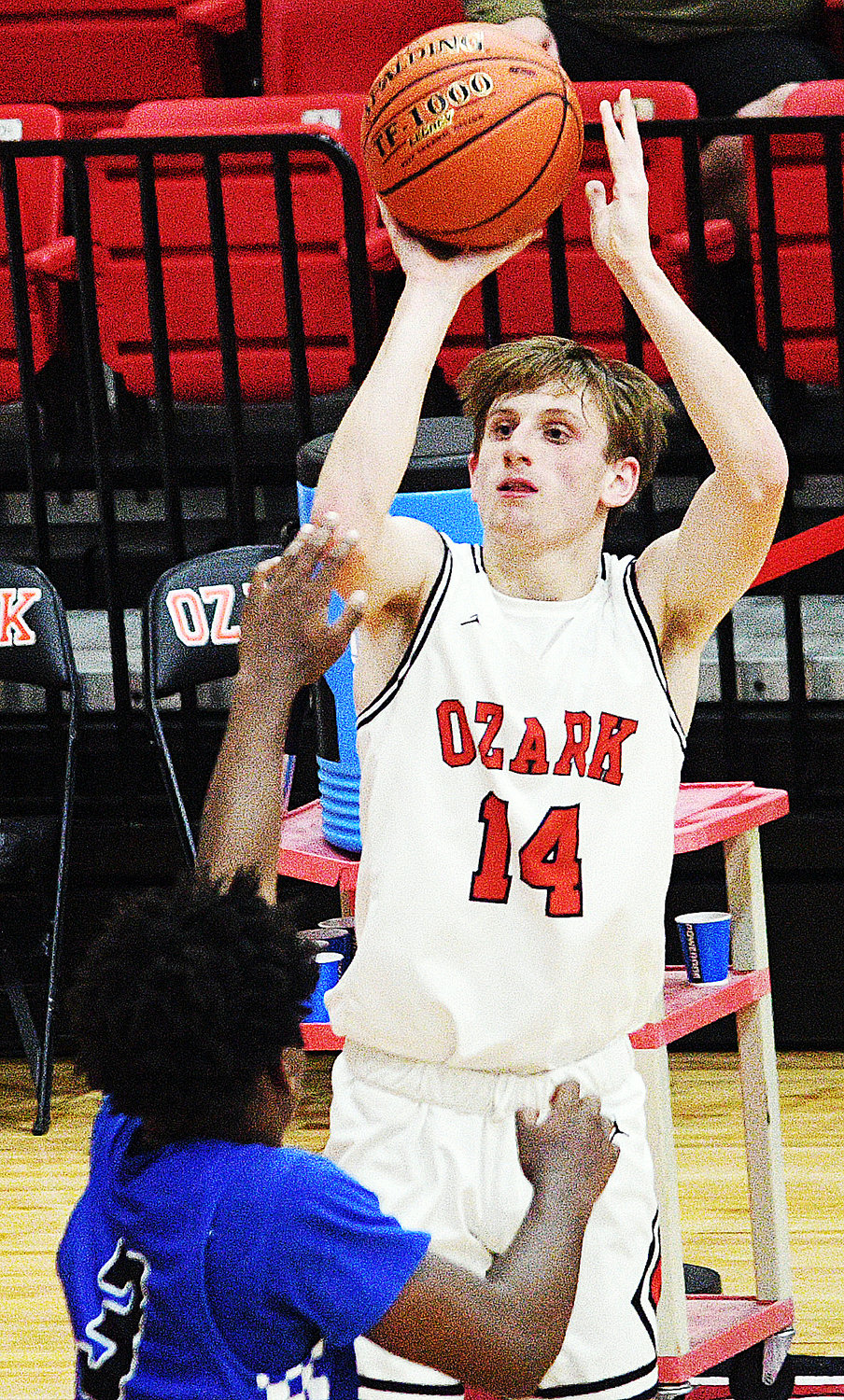 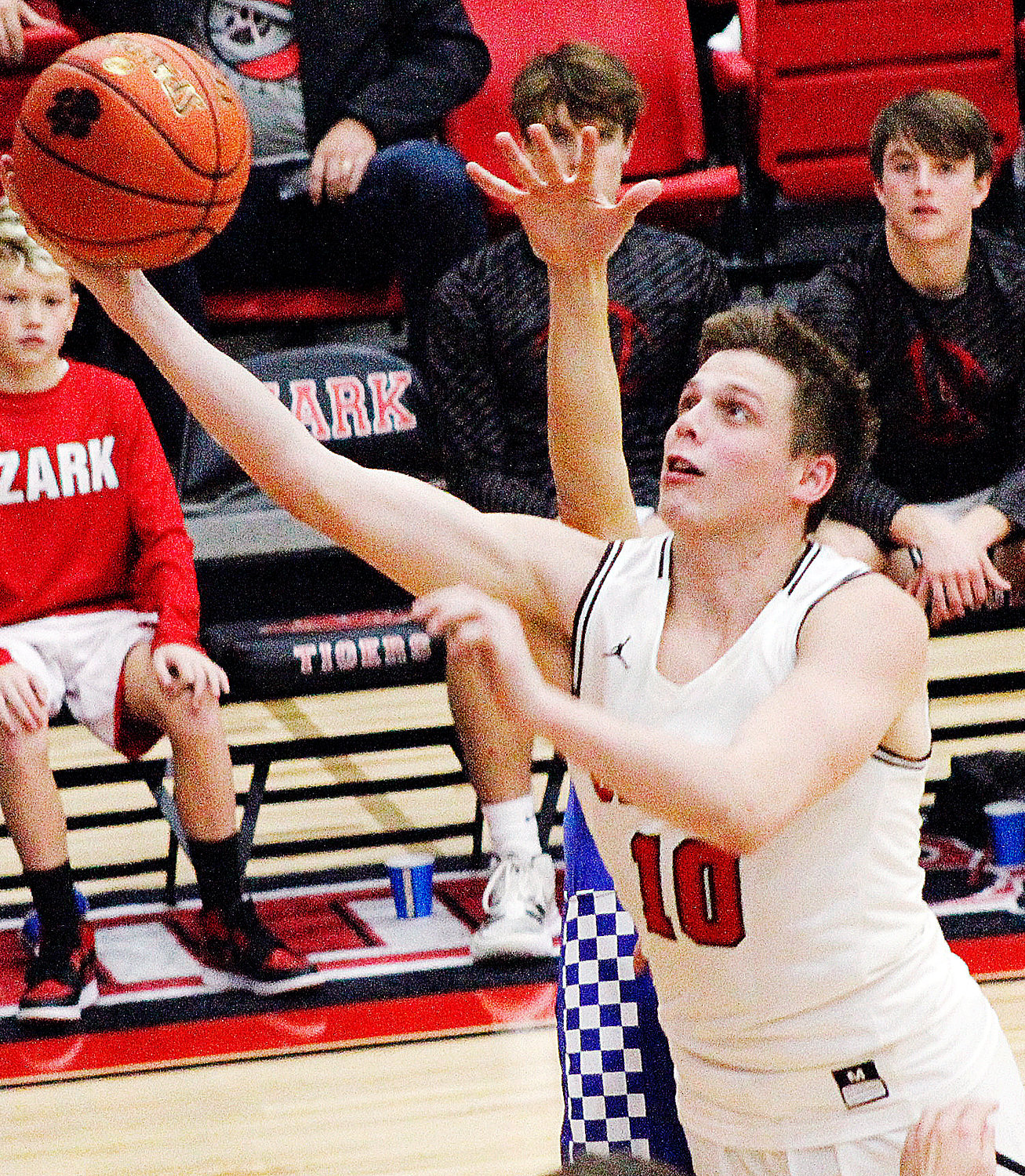 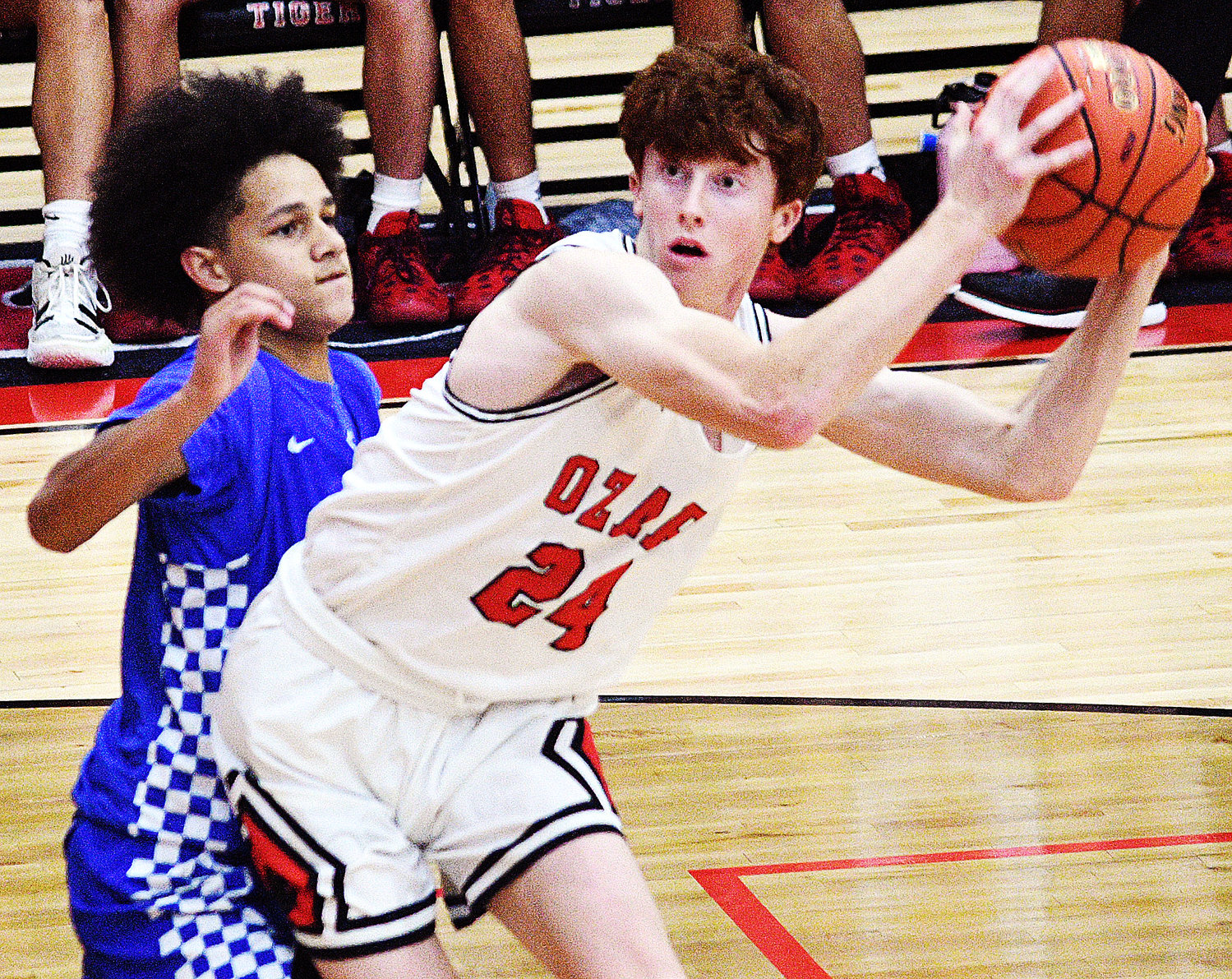 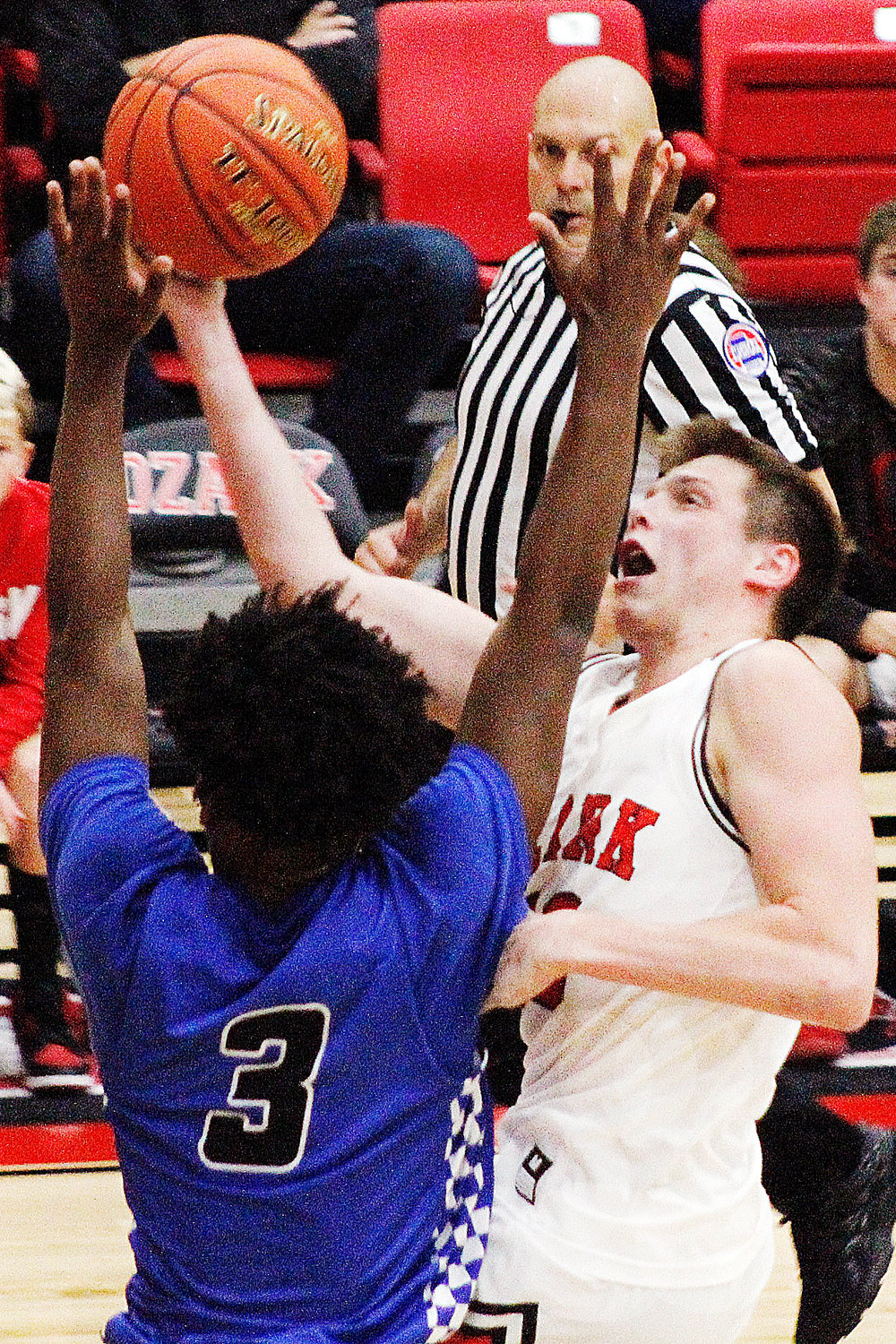 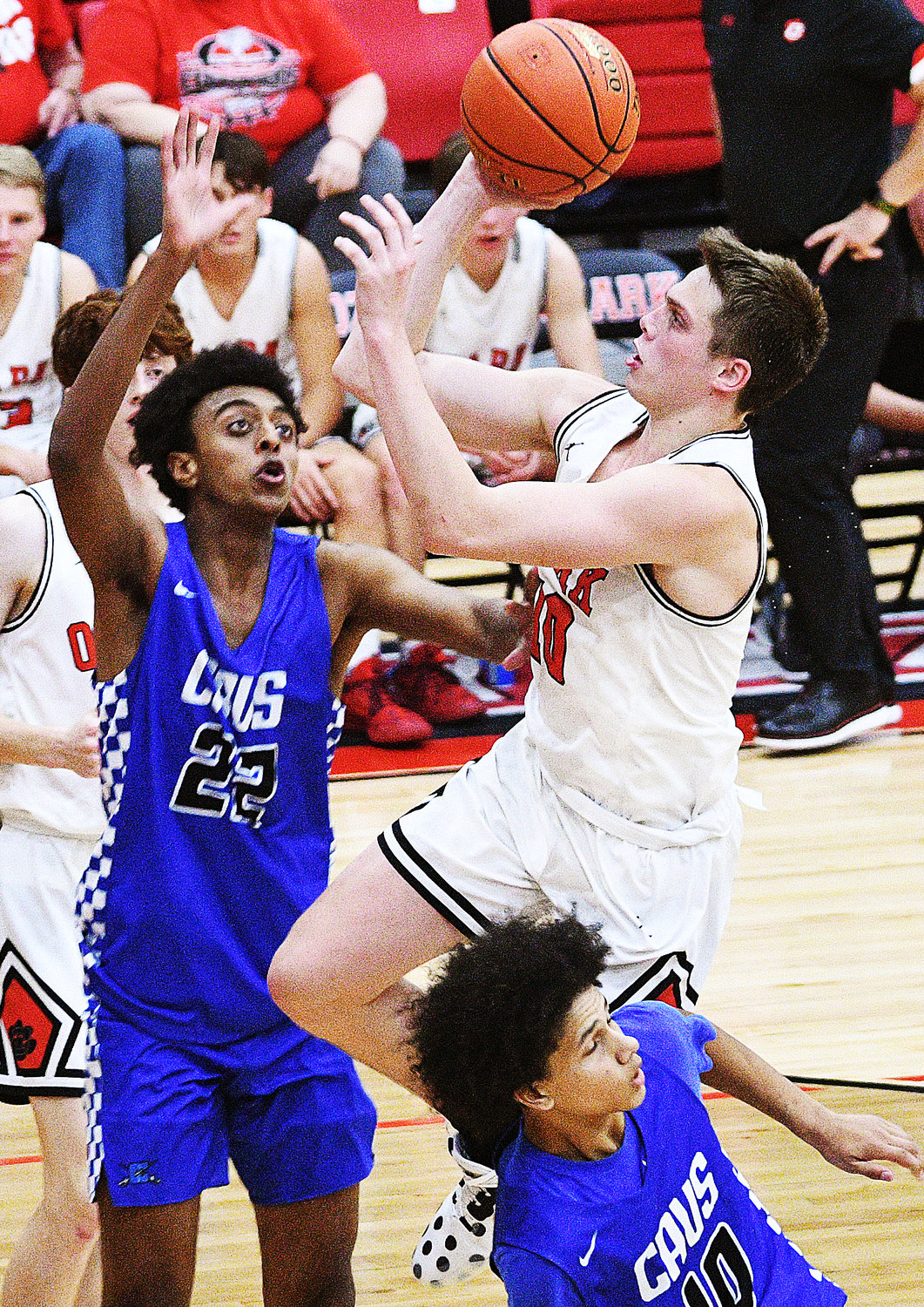 Schweitzer predicted Wright would enjoy a break-out game in Ozark’s season-opener versus Capital City on Tuesday and the senior forward followed through with a career-high 17-point performance in the Tigers’ 78-66 triumph.

“Did I call that?” Schweitzer said to Wright afterward. “What did I say in practice yesterday about you, Devyn?”

“I would have a good game,” Wright answered.

“I said you would have a huge game,” Schweitzer replied.

It was quite a bold forecast, considering Wright totaled 19 points all of last season.

“Watching teams on film, you get a feeling sometimes about certain players having a good game against certain opponents,” Schweitzer said. “Based on the personnel Capital City has, I didn’t figure they would be able to hold down Devyn and would be surprised by him when he came off the bench.”

Wright emerged from Ozark’s bench early, as Schweitzer wasn’t happy with his starters. Capital City (1-1) jumped out to a 19-8 lead.

Wright had eight points by halftime to be part of the Tigers’ turnaround. They led 40-27 at the break.

“At halftime, I thought, ‘Yeah, that was a good call,’” Wright said of Schweitzer’s prophecy. “I tried my best to fulfill that call. I think I helped the team out. I was trying to give as much effort as possible, move without the ball, get in open spaces and get rebounds.”

So, what did Schweitzer have to say in practice Monday about what kind of game Ethan Whatley might have?

“He didn’t say anything about me,” Whatley said with a smile.

Whatley, of course, long ago established himself and is on track to become the next member of Ozark’s 1,000-point club. He added to his profile with a career-high 35-point outing to start his senior season on a high note.

Whatley actually had an inauspicious start Tuesday. His first shot attempt bounced high off the rim and onto the top of the backboard, before falling through the hoop. Officials didn’t miss the ball hitting the top of the glass and waved off the basket.

“I shot it and thought, ‘That feels good.’ But then it bounced up and went high off the backboard,” Whatley said. “I waited to see if it would go in. Once it went in, I said, ’Well, technically that’s not my first shot, so let’s move on to the next one.’”

It wasn’t until the second quarter Whatley got on track. He had just two points in the first quarter, as Ozark trailed almost the entire first eight minutes.

“I was trying to get my game going,” Whatley said. “I was forcing poor shots. I needed to get out of my head and play my own game.”

He exploded for 14 points in the second quarter, 10 in the third quarter and nine in the fourth period.

“He displayed what he can do,” Schweitzer said. “He’s tough to guard because he moves well without the ball. Performances like that need to be consistent and I think he can do it.”

Whatley swished five 3-pointers, with most of them coming off of kick-out passes from his teammates in the paint.

“Putting people in spots, attacking and then kicking out for catch-and-shoot 3s — that’s our recipe we have come up with and I think our kids enjoy it,” Schweitzer said. “Our kids know they have to play that way to be on the floor. They have bought into it and I’m proud of them for that.”

“I love that shot,” Whatley said. “The catch-and-shoot 3 and off-the-dribble, pull-up jumper are shots I’ve been working on. My favorite shot is a pull-up jumper at the free-throw line. I didn’t have any of those tonight. But that’s my go-to shot. After I hit a few of those in practices, (defenders) start running out on me.”

Ozark defenders had Capital City ball-handlers run into them for a charging foul on five occasions. It was another scenario Schweitzer hoped would play out.

“That was also in the game plan,” he said. “Man, I’m calling everything. I knew they leave their feet to pass a lot and we felt if we could establish our position, we could get those calls.”

This was Ozark’s first season-opener that also served as the Tigers’ home-opener during Schweitzer’s nine seasons as head coach. They have previously debuted at the Republic Tournament.

“Last year, we had first-game jitters in the first quarter against Parkview (at the Republic Tournament) and they beat us,” Schweitzer said. “This year, I wanted to get a game in before Thanksgiving and Capital City was all for an early game.

“You could tell with the turnovers and the fumbling of the ball in the first quarter tonight, the speed of the game just wasn’t quite there for us,” he added. ‘You can do whatever you want in practice to simulate (game speed), but you can’t match it.”

Ozark moves on to meet Lincoln Prep next week in the opening round at the Republic Tournament.

“Park Hill South is very good, Liberty is extremely good, Springdale (Arkansas) is a big school and Russelville (Arkansas) is always a quality opponent and then you have Republic, Lincoln Prep and Rolla,” Schweitzer said of the field. “There’s no slouch in the bunch. Lincoln Prep’s football team went deep into the playoffs, so they definitely have athletes. It will be a tough matchup.”