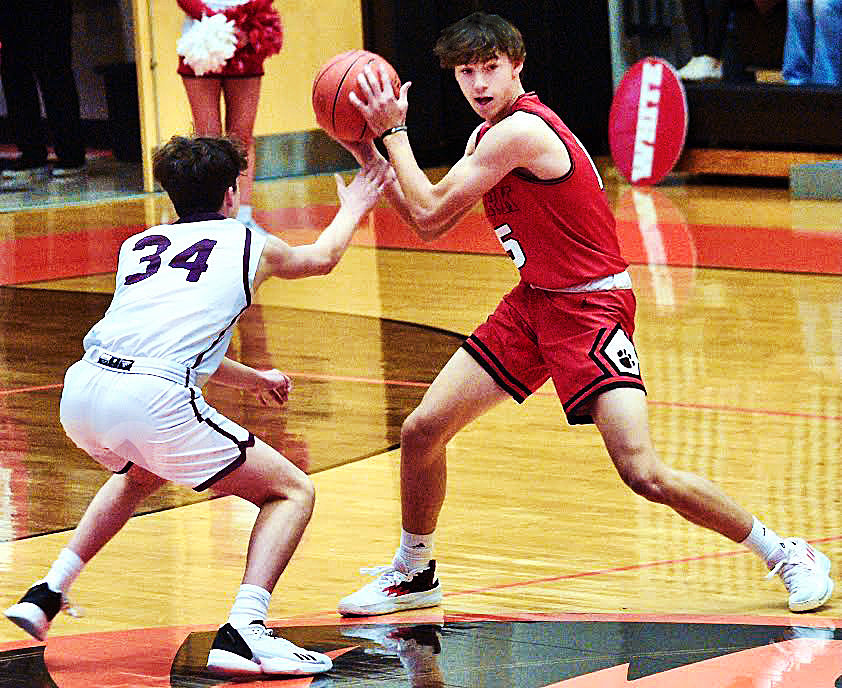 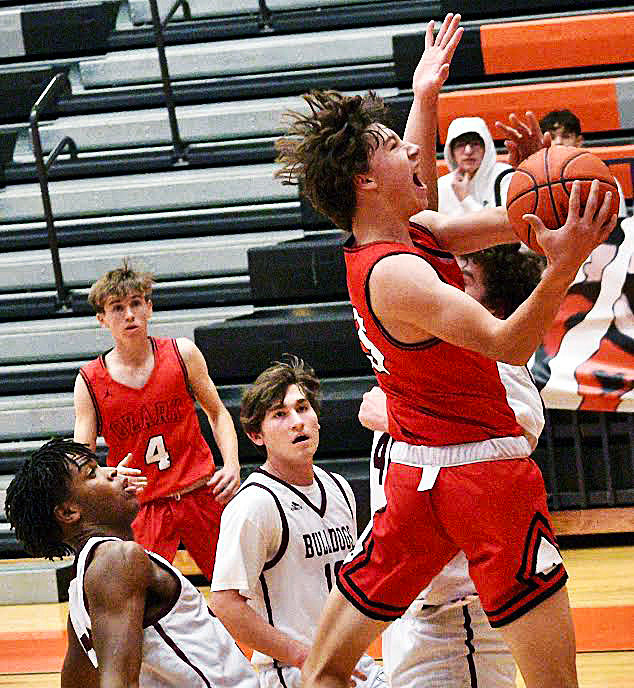 We know what we have in him. He's a good athlete. He has ability in multiple sports. He’s played at a high level in basketball and baseball.”
Ozark coach Mark Schweitzer on Hudson Roberts

I went to one of (Arkansas') camps and they didn't even know who I was. During the camp they saw me. I wasn't expecting an offer at the camp. But when it did come, I was super excited. That’s my dream school.”
Ozark sophomore Hudson Roberts
PAT DAILEY Sports Editor patd@ccheadliner.com

Turns out Ozark fans won’t have to wait until the spring to get to know Hudson Roberts.

Roberts somewhat sent out shockwaves on social media to those who didn’t already follow him when he posted on Twitter this past summer that he had received a baseball offer from Arkansas.

He subsequently announced he had given the Razorbacks a verbal commitment.

All this from a virtual unknown on the Christian County sports scene up to that point. The 16-year-old had only a handful of plate appearances his freshman season for the Tigers  in the spring.

In his first varsity start, the sophomore shooting guard scored 28 points against Rolla at the Republic Tournament. Roberts followed up with 18 points against Liberty and had another 28-point outing opposite West Plains.

Add it all up and he’s averaging 24.7 points a game as Ozark preps for its trip to the Blue Springs Tournament this weekend.

Roberts had already wow’d coach Mark Schweitzer in pre-season practices, doing more than enough to lock down a starting job, even this early in his career.

“As a sophomore, there's no way we can keep him out of the starting lineup,” Schweitzer said in the pre-season. “We know what we have in him. He's a good athlete. He has ability in multiple sports. He's long and rangy and has the ability to be one of our leading scorers. He's got to adjust to the physicality, getting pushed around and not losing the ball. I'm confident he will do that.”

“He has confidence. It's not like has no confidence in himself,” Schweitzer said. “He’s played at a high level in basketball and baseball.”

Roberts’ future beyond high school appears to be on the ball diamond, but he isn’t lacking for a passion for basketball.

“I love them both and have played both my entire life,” he said. “I try to balance them as best as I can.”

Baseball won out most of the time last summer. Roberts traveled all over the country as a member of the U.S. Nationals Scout Team out of St. Louis.

“We (went) from the east coast to the west coast, anywhere you could think of,” Roberts said. “We’d have a week of games in Atlanta, then a day off and then we'd drive to Milwaukee to play in another tournament. It's hard on you. But it's all about the experience.

“I'm playing in front of a ton of college scouts every single game,” he added. “I’m always being watched. It pushes me to be better.”

Roberts, who bats left-handed and throws right, was named to the World Wood Bat Association Perfect Games 15U National Championship All Tournament Team in July in Marietta, Georgia. A lead-off hitter, he had a .333 batting average, four RBIs, nine runs scored and seven stolen bases in the tourney.

The U.S. Nationals Baseball Club currently boasts 22 alumni playing college ball, with four at Oklahoma. Also, Roberts is one of 18 U.S. Nationals players who are in the high school graduating classes of 2023, 2024, 2025 and 2026 who have verbally committed to a college or signed a letter of intent.

Roberts’ story is one preps in any sport who aspire to continue their careers in college can learn from. As he mentioned, travel ball can attract scouts. But the reps gained against elite talent is what travel ball is mostly about.

Roberts points to himself as a prime example that the best recruiting route to take is to attend camps at colleges one is interested in. He essentially recruited himself to Arkansas by attending a Razorbacks camp.

”I went to one of their camps and they didn't even know who I was,” Roberts said. “During the camp they saw me. I wasn't expecting an offer at the camp. But when it did come, I was super excited. That’s my dream school.

”My advice is go to camps, that's the best way to get recruited,” he added.

Roberts suspects he will play the outfield for Ozark next spring. He also is a shortstop and pitcher.

“College coaches don't know where they are going to put me, yet,” he said. “They don't know how much I will grow and how my body develops. Then, they will make the decision where to put me.”

Back to basketball, both Schweitzer and Roberts are looking forward to the remaining 80 or so games in his Ozark career and how he will develop.

“The question he has to answer now is, 'Okay, now they know what you can do and they're going to try to take it away. Can you still get what you need?’” Schweitzer said.

“I still have weaknesses to work on,” Roberts said. “I’ll try to get those ironed out.”