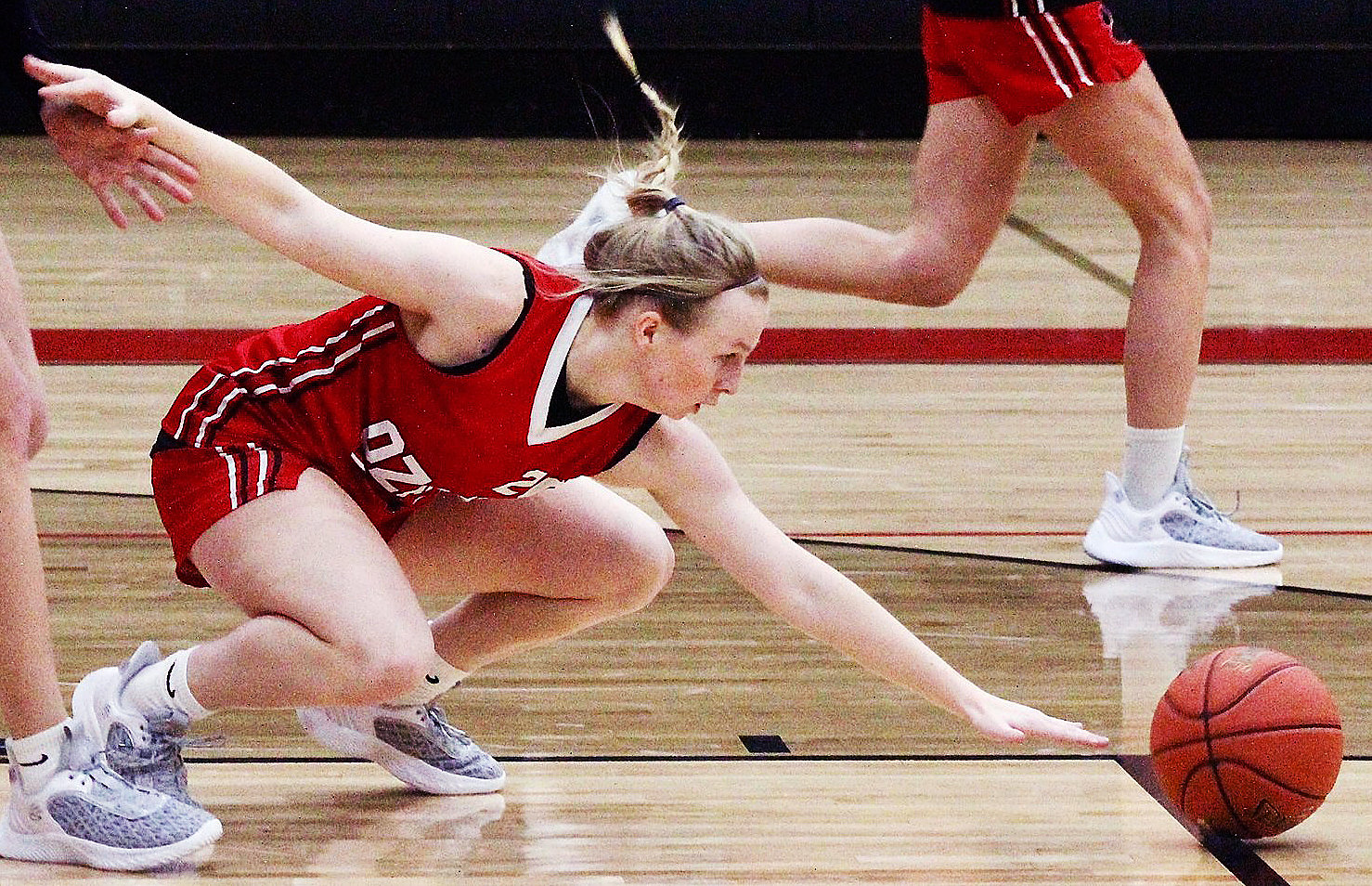 For as long as she can remember, Ozark's Molly Rushing has whole-heartedly embraced being the younger sister to her two brothers.

"I was 100 percent a tom-boy," she said of idolizing her brothers, Nicholas and Thomas, during her formative years. "I was wearing baggy shorts all the way to the seventh grade."

She copied her brothers' attire and their attitude.

Molly's moxie has served her well during her comeback from a broken nose that cut short her junior season on the hardwood last winter. Upon returning to action first in the spring for soccer and now for basketball, Rushing has been her usual daredevil self, playing at a frenetic pace and doing anything but shy away from contact.

"Growing up with my brothers, they taught me to never back down and go after what you want," Molly said of Nicholas, a former Ozark soccer player and Thomas, a former Ozark football player and wrestler. "Nicholas (who is the oldest) showed me and Thomas what it's like to fight through everything because nothing will be handed to you."

Rushing suffered her broken nose at the Jefferson City Helias Shootout against Blair Oaks in February.

"I caught a girl's elbow with my face," Rushing said. "She got me good. I had to have surgery. It knocked me out for three weeks."

Rushing wasn't able to return in time for Districts. Upon transitioning to soccer, she initially wore a face mask to protect her nose, but felt it inhibited her.

"I tried to play with one of those and didn't like it," she said. "It was a precaution I thought I needed to take. But I realized it wasn't helping, it was just hurting me. Playing soccer helped get my feet back under me because I had balls flying at my face. You've got to do what you've got to do. You can't play with fear, that will hurt you."

Rushing's senior season gets under way Saturday with Ozark's trip to Rolla for the BSN Shootout against Tipton. Already in pre-season practices and during the Lady Tigers' jamboree at Bolivar, she has proven to be as feisty as ever.

"There was no change in her," teammate Jordyn Foley said. "If I was on the other team, I'd be scared of her because she's so physical and aggressive."

"I don't think anything is going to stop Molly from being who she is, that's one thing I've always appreciated about her," Ozark coach Brandon Clift said. "She's a hard worker and has been willing to do whatever it takes. It's a testament to who she is. She doesn't back down from any challenges and that's a great attribute to have."

Rushing's presence has usually been more notable on the defensive end. Last season, she averaged 3.9 points, 2.8 rebounds, 2.2 assists and 1.7 steals a game.

There have been times she's drawn the assignment of defending the opponent's best player. For instance, two years ago the 5-foot-3 Rushing defended Columbia Rock Bridge's 5-11 Averi Kroenke and guarded Republic's 5-8 Kaemyn Bekemeier. Kroenke is now playing for Mizzou and Bekemeier is a Missouri State signee.

Rushing also relishes the role of a leader. Her passionate play sets an example and she is very vocal.

"She's the first person to speak up. She's our emotional leader," Clift said.

Rushing has been stressing to her teammates the importance of practices setting themselves up for success.

"We've got to work hard every day or else we won't see the benefits when the lights come on," she said. "What we do here tells a lot about ourselves.".