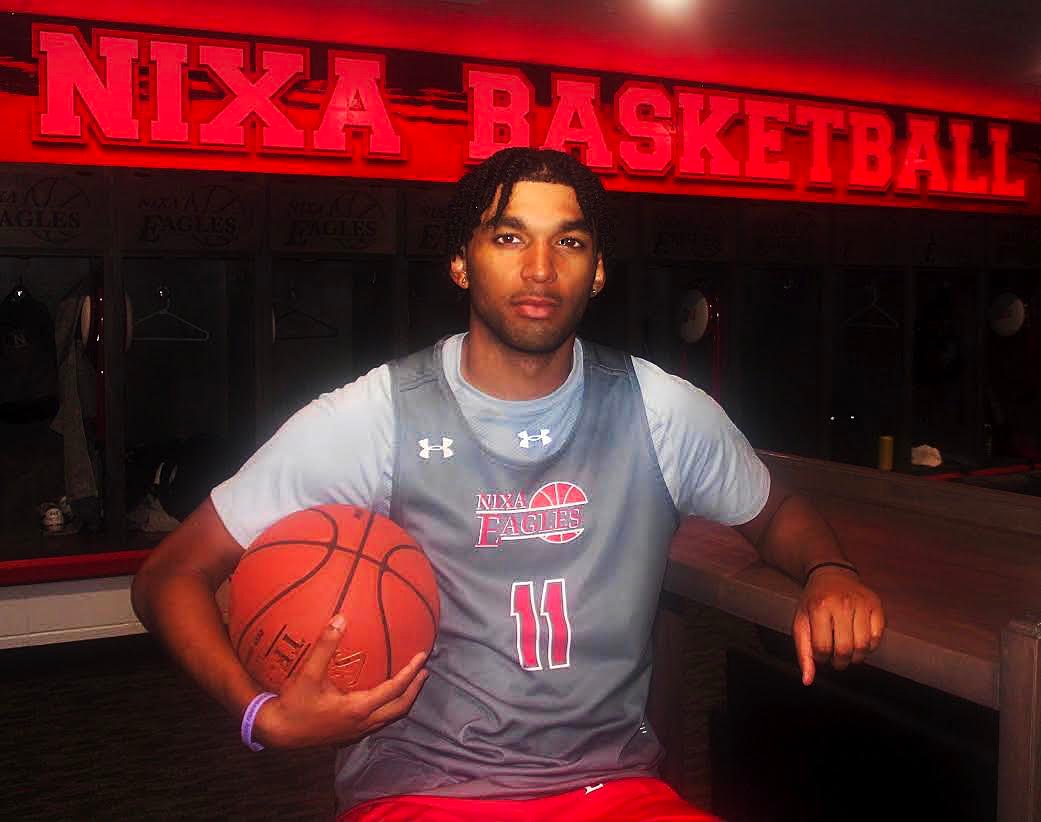 As Kael Combs takes the reins of Nixa’s offense at point guard for the first time in his four-year varsity career, he’s mindful not to forget last season’s Class 6 state championship game.

Combs hopes the experience, however harrowing it was, will serve him well while handling the ball more than he has in the past.

“It was definitely a lesson,” Combs said. “We got sped up. We hadn’t experienced anything like that before. They did a good job speeding us up. When a team is speeding you up like that, you’ve got to look within yourself and communicate with your teammates to not get sped up and stay patient. You can’t force anything, that’s what the other team is trying to make you do, they’re trying to force you into shooting a bad shot.”

Lesson learned, Combs’ theme for his shift from shooting guard to point guard is all about composure.

“I would say patience, not getting sped up,” he said of his mindset with the ball. “I’m trying to make the right play, instead of trying to force something. I think that’s something I definitely have improved on.”

Combs hasn’t played point guard in the winter or the summer since he was in grade school and junior high. But throughout high school he has displayed characteristics of a point guard, most notably his unselfishness.

Combs long ago established himself as one of southwest Missouri’s premier players, but still hasn’t reached 1,000 career points and hasn’t averaged more than 14.5 points.

Even as a swingman, he was willing to pass the ball to set a teammate up for success.

“I like to get my teammates involved. That’s something I’ve always been about,” he said. “I feel I have the IQ and vision to play the point.”

It’s no surprise Combs was immediately receptive to the move when coach Brock Blansit approached him with the idea of playing the point.

"I like it a lot,” Combs said. “Bringing the ball up the court, I can facilitate the offense. It will be easier to bring the ball up court and get straight into what I like to do and it will be harder for defenses to slow me down.”

Blansit received all the confirmation he needed that Combs could play the point during the off-season.

"This summer we played with the idea and it went well,” Blansit said “It lets Kael come down the floor and be a playmaker, which is what he’s really good at. We think it will open the court up for our offense because when he’s going downhill full speed, he’s pretty tough to guard.”

With Combs being Nixa’s only full-time starter back from last season, he no doubt will be the focus of opposing scouting reports. That makes for another reason why Blansit prefers Combs at the point. Blansit didn’t want the Eagles to have to work to simply get the ball to Combs while dealing with possible box-and-one schemes.

“That was something we had thought about when we made the decision for Kael to run the point,” Blansit said. “But if someone wants to box-and-one us, that’s fine. We’ve got plenty of other kids who can score.”

Combs playing the point is sure to make for interesting matchups. Opponents will often have to choose between their own point guard defending Combs and giving up size, or move a taller defender away from his comfort zone in the paint to the perimeter and on Combs.

“What’s going to be different for Kael with most point guards is his size,” Blansit said. “Most of your point guards aren’t as big, quick and strong as Kael. He’s athletic, jumps extremely well and is a good shooter. A lot of things we’re going to do hopefully will put him and the team in position to be successful.”

“Kael running full speed and having to guard him is very hard to do,” Nixa forward Noah Engelman said. “He’s going to be very hard to stop at point guard.”

“Every single year I think I’ve improved my shooting and I will continue to improve on it,” he said.

Combs also has his mind on Nixa winning another COC championship. The Eagles have claimed two straight league titles outright and shared the conference championship with Joplin three years ago.

Nixa has won 24 straight COC games dating back to a 2020 loss at Ozark.

Even more remarkable, Combs has been part of five straight COC championship teams going back to junior high and his seventh-grade year.

He sees no reason why the Eagles can’t continue their winning ways.

“It’s staying in Nixa,” Combs said of the COC crown. “We’re not losing in the COC, you can put that out there. I look forward to winning a District championship for the third year in a row and also winning another COC championship.

“A lot of people are underestimating us this year. Some people think we can’t score or aren’t as talented as last year,” he added. “But I think we have better shooters and we have length just like last year. Maybe our aggressiveness isn’t showing just yet, but I think it will.”