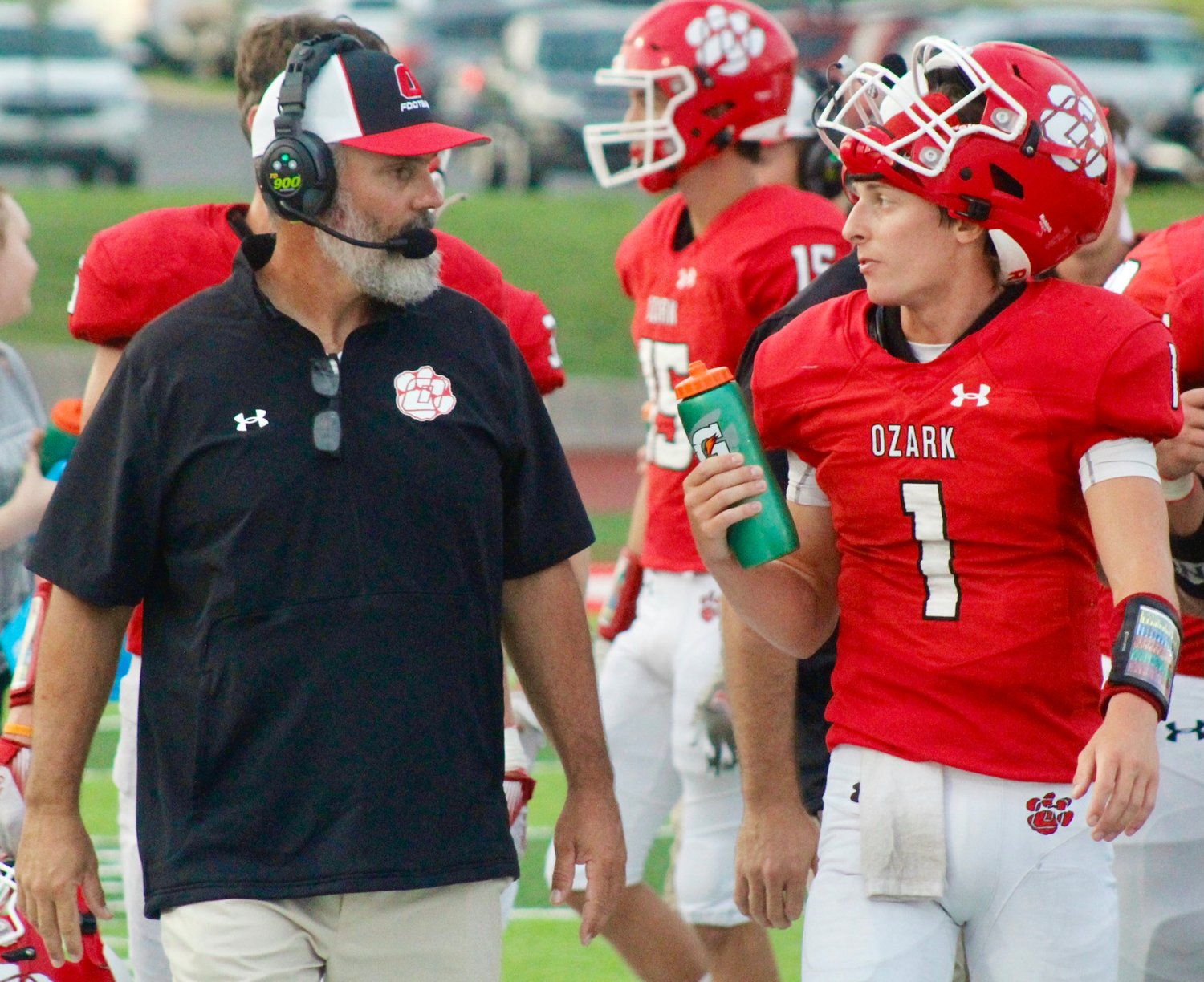 Ozark coach Chad Depee turned in his resignation Thursday at a school board meeting as the Tigers' football coach after eight seasons.

“Thank you to all the players past and present that made the commitment to something hard and demanding.  Your sacrifice and efforts have been inspiring and will pass on the Ozark football legacy. We love you,” Depee said in a statement released by the school. “I am also very thankful for the coaching staff with whom I have had the privilege to work beside. I believe we have moved this program forward. We have put several support programs in place and established culture and expectations in the locker room that I am confident will help produce success in the future.”

Ozark was 32-52 while posting three winning seasons under Depee.

Depee and The Tigers were 3-5 against Nixa in the Backyard Brawl.

Ozark was 7-5 in 2017, beating Waynesville and Glendale in the post-season before falling to Lebanon in a District final.

The Tigers were 6-5 in 2020 and downed Neosho in a District opener.

Ozark’s 3-7 season in 2021 included a three-game stretch in which the Tigers totaled 128 points against Neosho, Webb City and Carl Junction. Their 48 points against the Cardinals was the most points a Webb City team had given up as far back as 2005.

Ozark’s offense averaged a meager 6.6 points game while going 1-9 in 2018, but the Tigers averaged 20 points or more in five of Depee’s eight years.

Depee’s biggest impact may prove to be the Show-Me South Youth Football League he helped start. This year, the Ozark Youth Football Academy had 149 players in grades 3-6.

“Coach Depee is a role model for our student athletes. He worked tirelessly to serve our student athletes and give them the best opportunity for success,” Little said. “He is a consummate professional, working just as hard in the classroom as he does on the football field.”

“We have a large portion of our lives invested here and we hope for the best for the Ozark football program in the future,” Depee said. “With that being said, it is time for us to turn the page and begin a new chapter.”

No regrets: Eagles proud of accomplishments and effort