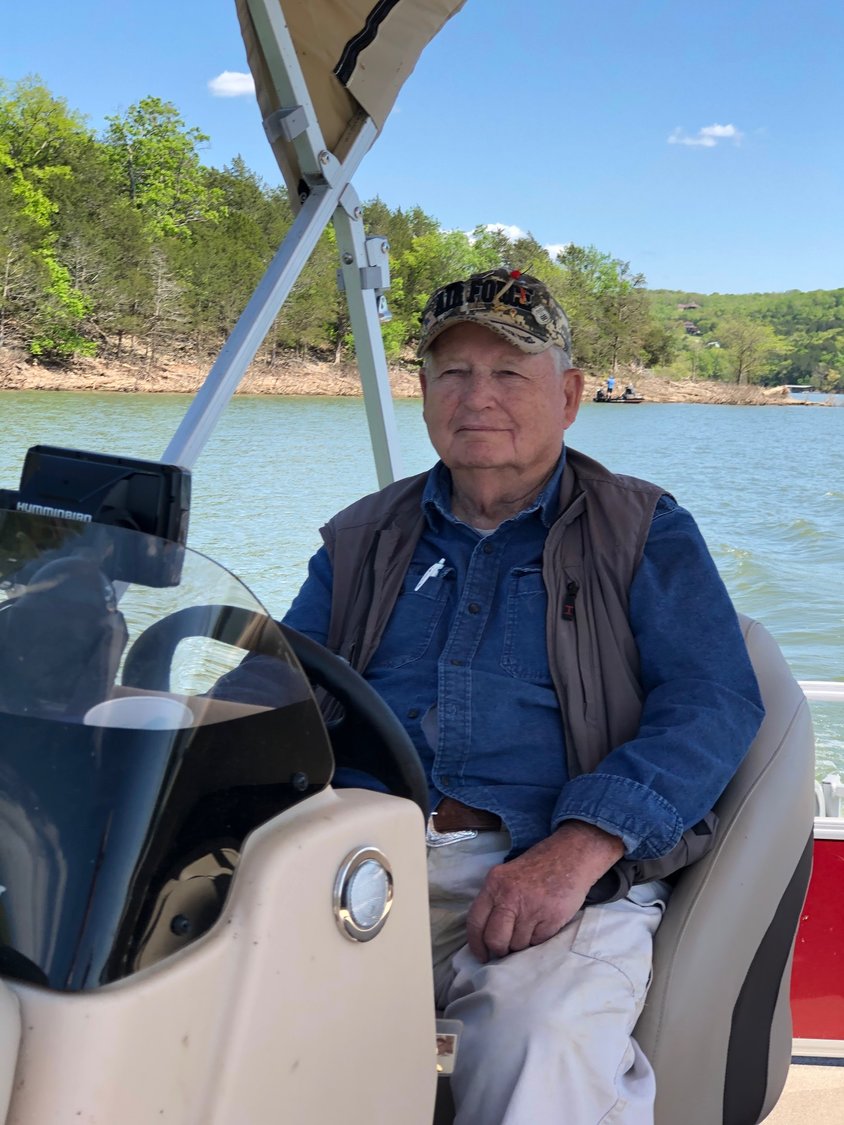 At Ervin's request, no service will be held. He will be cremated and buried at a later time with his mom and dad. Cremation is under the direction of Adams Funeral Home, Ozark.

Ervin was never afraid of hard work. He was working in the family’s cotton fields by the time he was 5 years old. At the age of 16, Ervin was working on the river boats in Chicago and on the Mississippi River.

Ervin’s 18th birthday was spent on a train headed into the Air Force, where he was a head cook for non-commissioned officers, officers, and thousands of airmen. His first duty station in Japan was one of his favorites. He often talked about all the locals who worked on base that he became close friends with, and all the wonderful new recipes they taught him. Later, his authentic Japanese fried rice would be requested often by friends and family.

Ervin’s final duty station was in Alaska, 40 miles from Russia. He was actually stationed inside a hollowed out volcano, inside a cave. Ervin got to see Alaska become the 49th state while he was there, and often mentioned the excitement the people felt when that happened.

After Ervin left the Air Force, he soon met and married Margaret Ann Pomatto in 1964. Together, they had two children, Kim and Tim. Ervin became the first person in Ozark to hold the position of reserve policeman, fireman, and EMT at the same time for the city. He also decided to attend meat cutters school and became a much-loved meat cutter for grocery stores and restaurants in the area for more than 50 years.

In Ervin’s spare time, he loved to fish, garden, carve, spend time at the lake, volunteer, and hang out at Kum & Go drinking coffee and swapping stories with his coffee buddies. He also enjoyed going on day trips to Branson with his friend, Donna Musser, shopping and eating at the Mexican restaurant on the Branson Landing.

Ervin was saved at a young age and rededicated his life to the Lord in later years. Ervin was preceded in death by his wife, Margie, parents, Charles and Dorothy Hillgamyer, and an infant sister, Wanda Bell Hillgamyer.

Ervin is survived by his son, Tim Hillgamyer, and his girlfriend, Michelle Hampton, both of Ozark, one daughter, Kimberly Roster, of the state of California, his special friend Donna Musser of Frontenac, Kansas and his cousin, Janet Schramm of Yukon, Oklahoma and her children. He also leaves behind his good fishing and coffee buddies: Joe and Michel Eggleston, Brad Anderson, Danny Young, Harry Treece, Capt. Mark Deeds, and Will Clemons. I’m sure there were many others that passed in Ervin’s path because he never knew a stranger. We were all used to him answering the phone with the words “Mule Barn,” which probably threw a lot of telemarketers off! Ervin always had a great sense of humor.

We would like to thank all his friends who came to see him while he was sick, those who called, all the people praying for us, Donna Musser and Cheyenne Williams who helped us with his care and Haven Hospice for all their help and kindness.