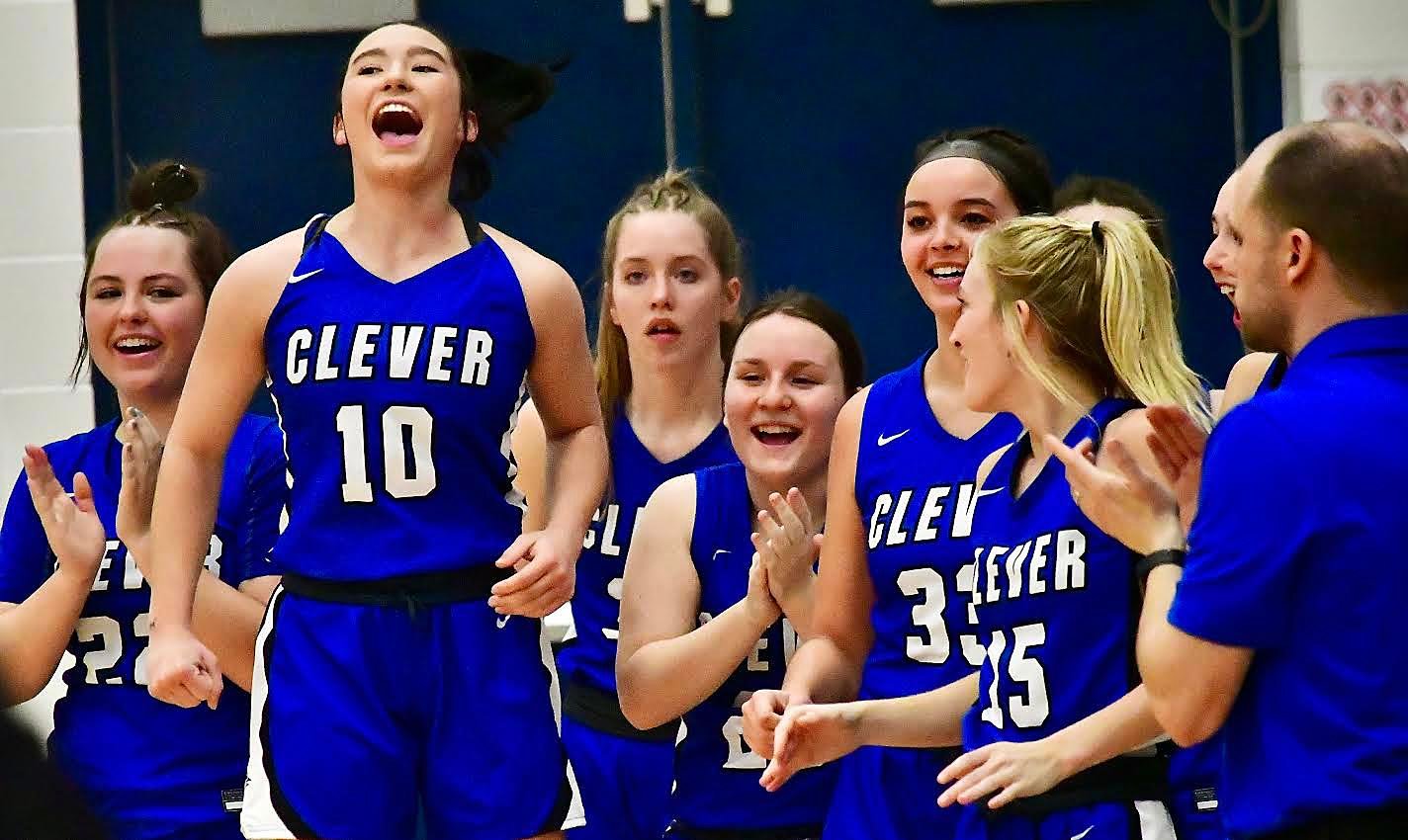 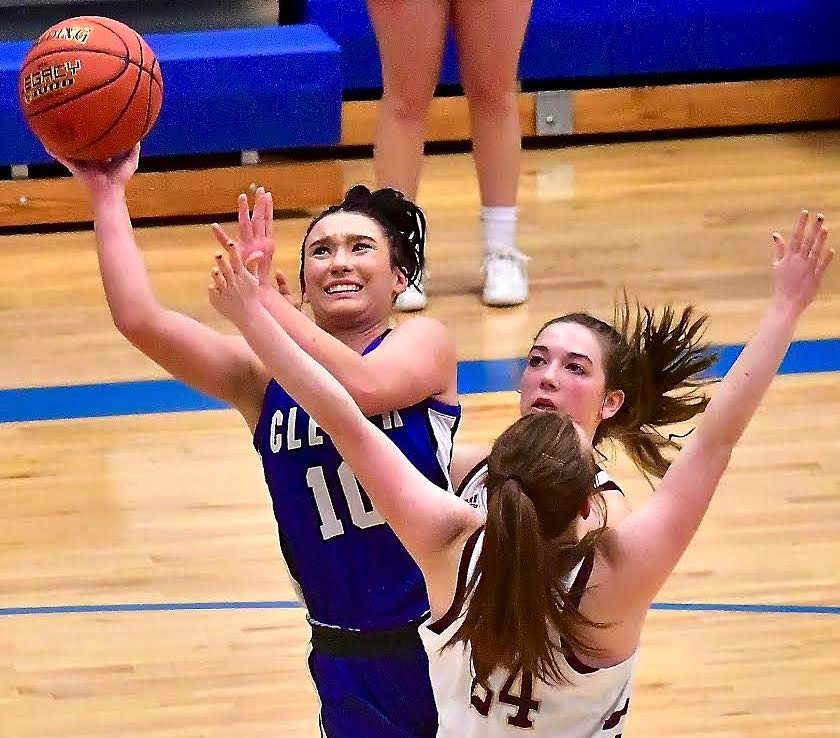 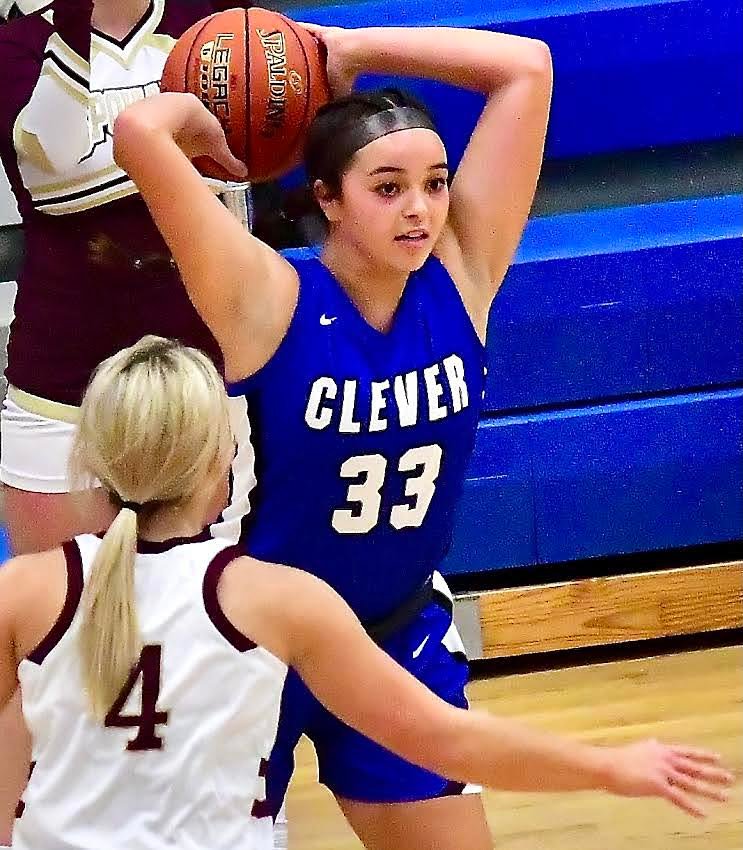 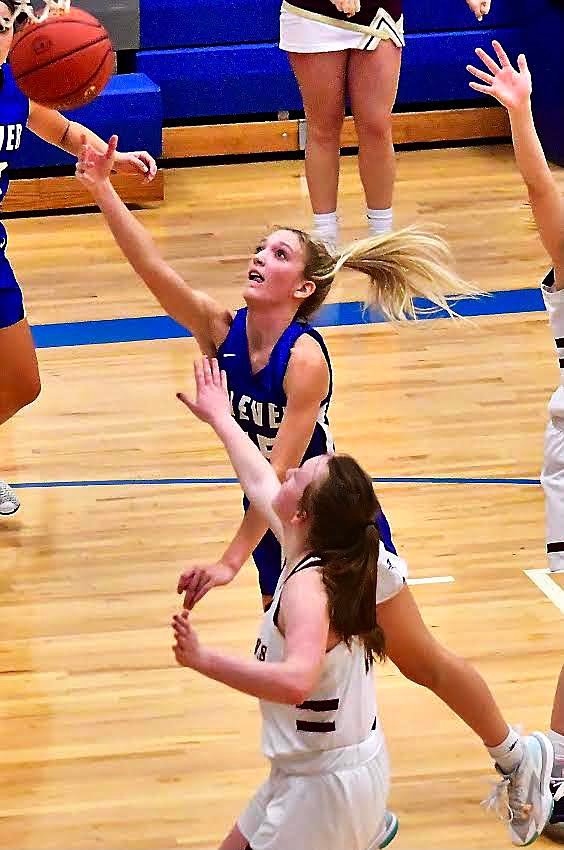 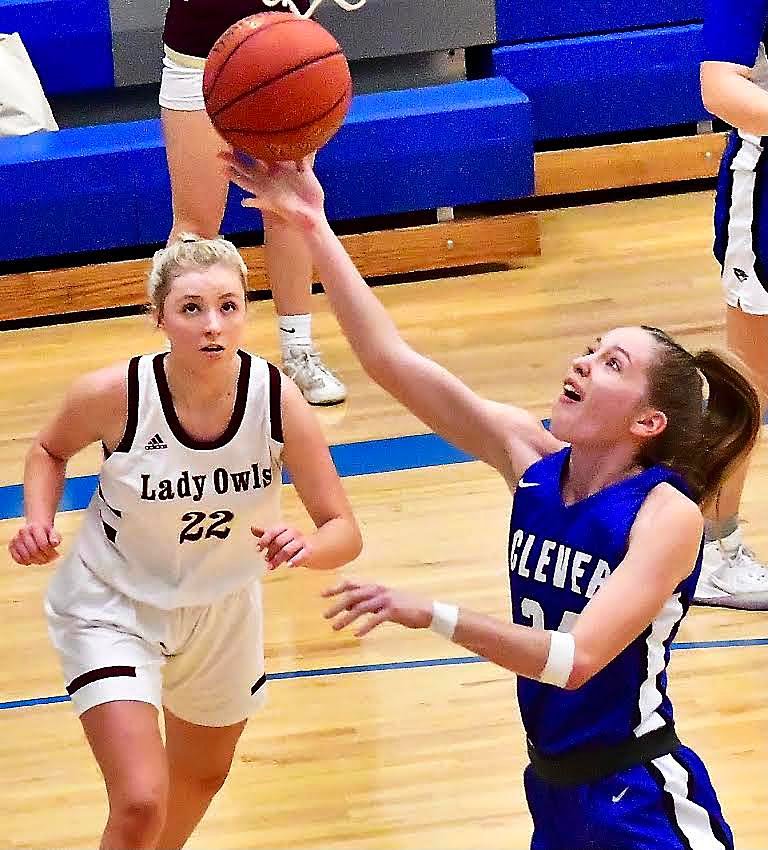 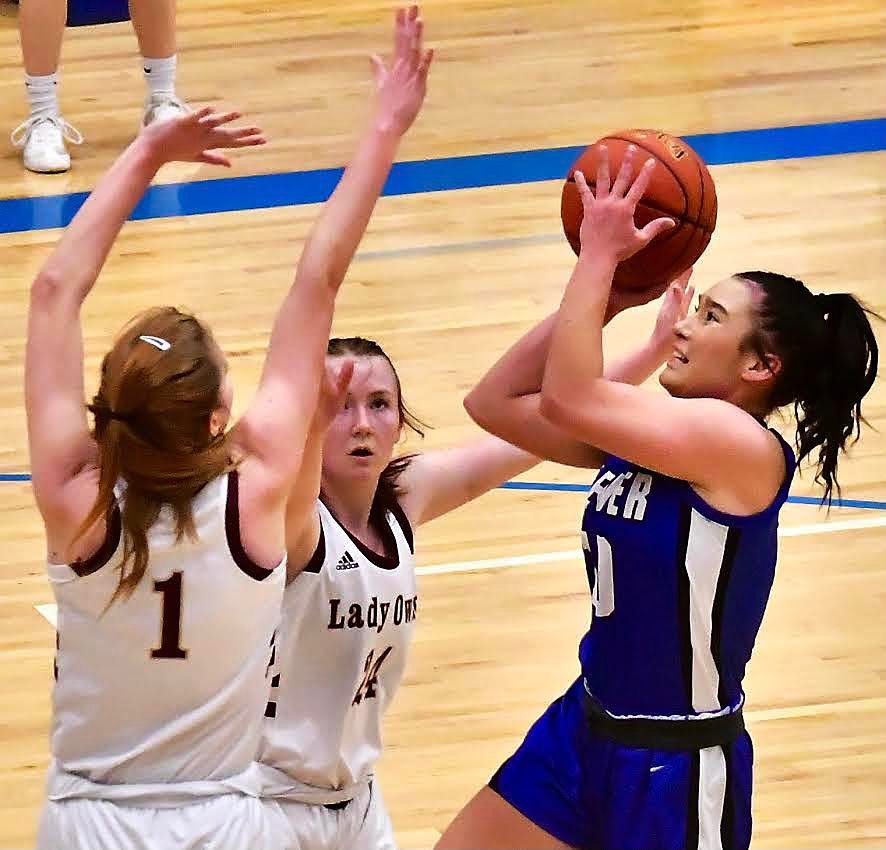 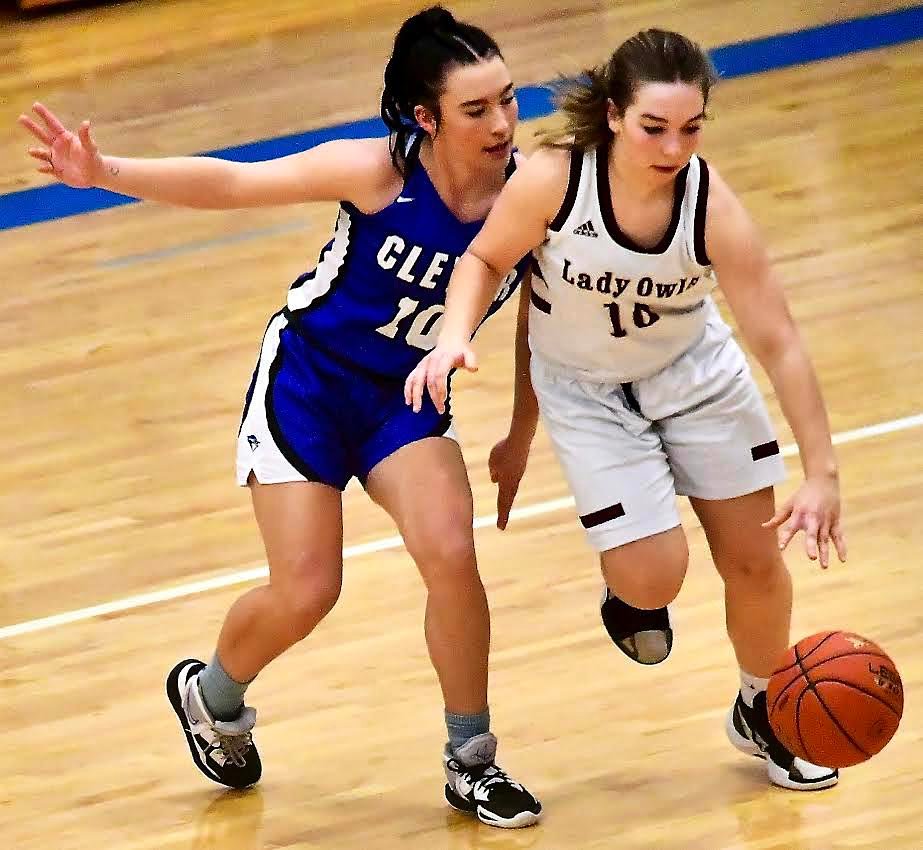 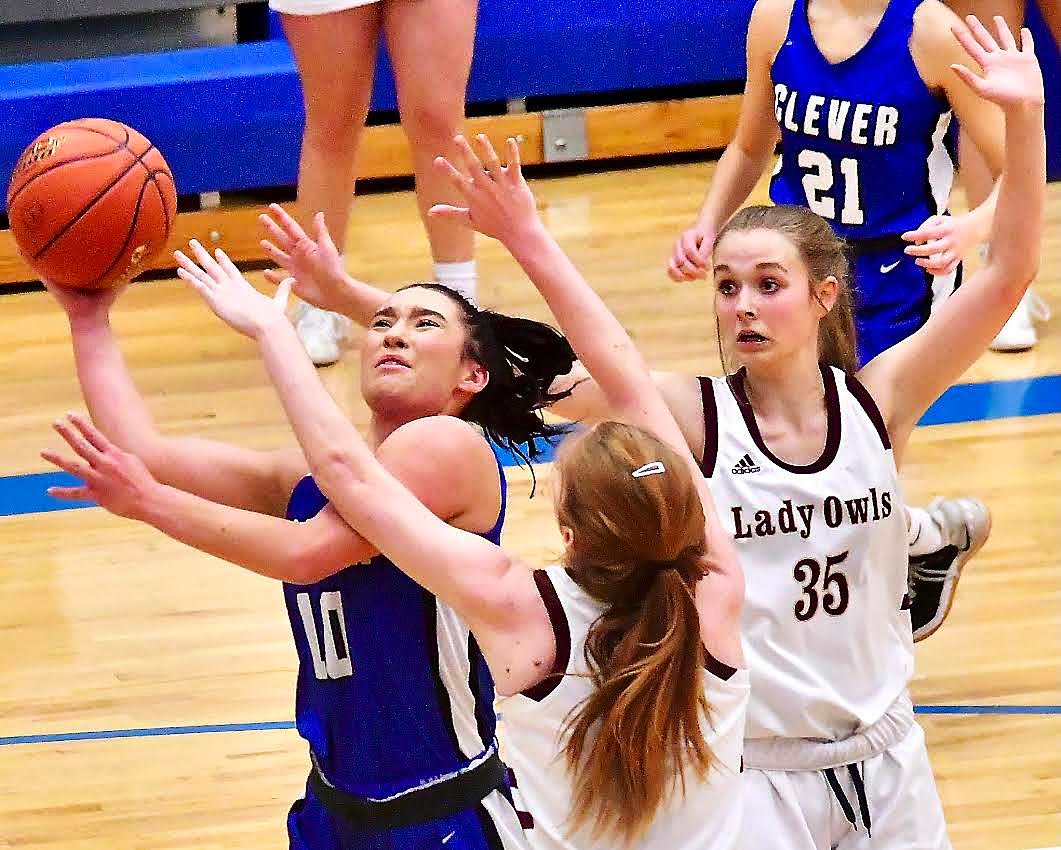 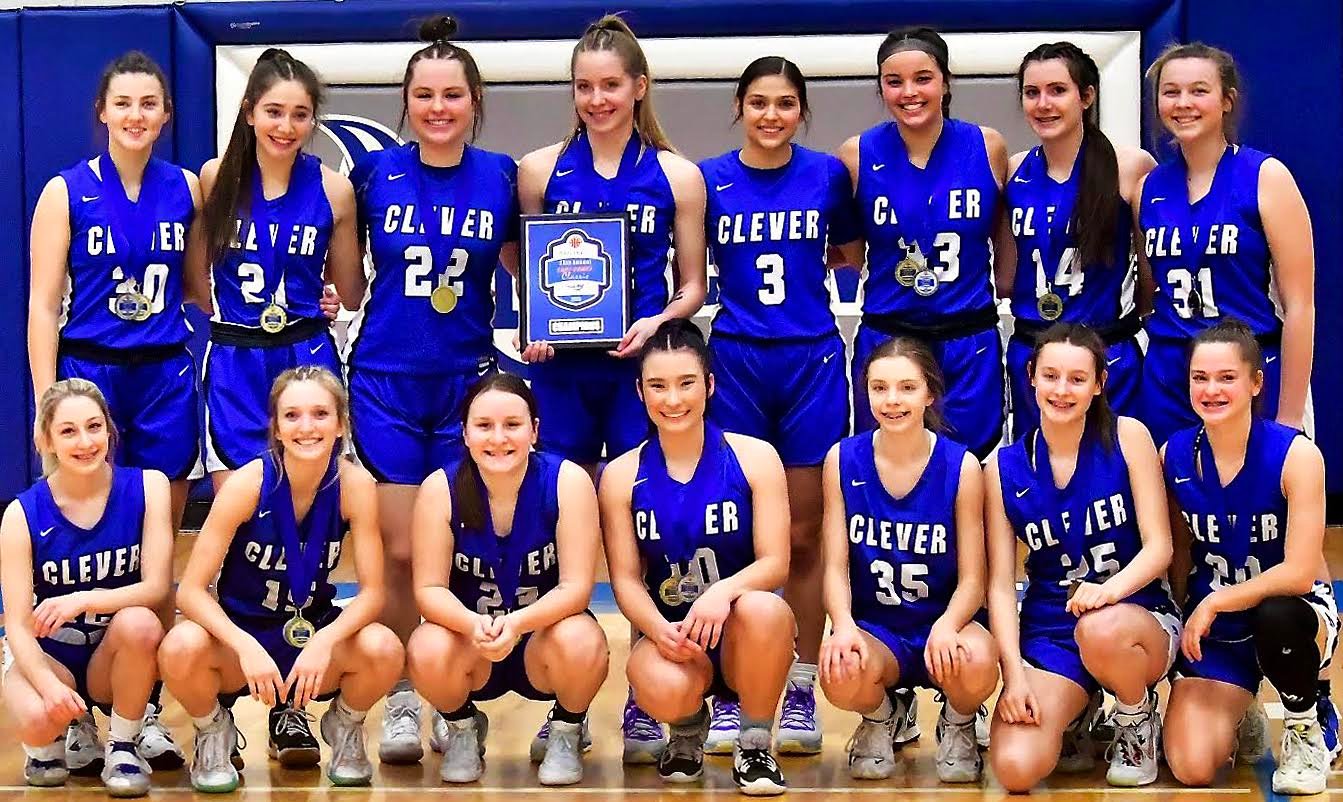 MARIONVILLE — Ireland Jones has amped up her workouts, taken on more of a scoring load and is enjoying this season more than any other in her Clever career.

All the while, she's remained a steady ball-handler and deft passer, along with being a big voice in the Lady Jays' locker room.

It all added up to Jones looking like one of the premier point guards and the happiest players in SWMO during Clever's dominant run to the Marionville Tournament championship this week. She poured in 21 points in the Lady Jays' 74-33 rout of Spokane in the tourney final Saturday.

"I'm so happy. I'm having a lot more fun this year than last year," Jones said. "All of the girls are great. It's been a great environment. Everyone has been happy for everyone. We're all cheering for each other."

Jones was the proverbial true point guard in her first season as a starter last year. This season, she is being asked to trigger Clever's offense by either looking for her teammates or looking for her own shot.

She made all the right reads Saturday.

"I look at my defender and if they're opening their body to me, I'm going to take them and go to the rack," Jones said. "If I get cut off by the help-defense, I'm going to kick it out to my shooters."

"Last year, she was more of a distributor. We've told her this year she has to score first while also distributing,: coach Clark Satterlee said. "Recognizing when to pass and when to shoot is something I feel she has gotten better at. Tonight, she did a great job of taking the opportunities when they were there for her. When the double-team came, she didn't force it and kicked it back out so somebody else could make a shot."

Jones netted a trio of 3-pointers, including one dazzling shot from a wing in which off the dribble she jumped behind the 3-point line and hit nothing but net.

She has set herself up for success by upping her reps.

"I've really been getting in the gym," Jones said. "Before practice and after practice and before games, I'm shooting. Even if it's at 10 o'clock at night on a weekend, I've went to the gym to shoot."

Clever breezed to its championship with winning margins of 40 points against Billings, 16 versus Crane and 41 opposite Spokane.

The Lady Jays beat Spokae 61-40 two weeks ago, but were mindful not to be overconfident. The Lady Owls (7-10) upset top-seeded Marionville (14-5) in the semifinal round. Also, Spokane knocked off Clever at the Marionville Tournament last year.

"We all came in and talked about how we beat them last time, but we can't let up at all," Jones said. "All of us made sure we were on our game and we were going to play hard."

"She's a great team motivator," Lansdown said. "She's always reassuring us and is always there for us."

Clever played at such a quick pace offensively that Spokane simply couldn't keep up. The teams were tied at 13, before the Lady Jays went on a 23-1 run.

Spokane went more than 15 minutes in between field goals near the end of the first quarter to the 2:30 mark of the third quarter.

"We've been working on trying to play fast," Satterlee said. "We don't have a ton of size. If we have to play half-court and pound it inside, we don't have the personnel to do that. Our advantage is our speed. If we can get up and down the court and be aggressive in transition, that's how we are going to try to do it.

"If we get it inside and kick it out, we feel pretty confident  because we have several girls who can knock down shots," he added.

"Our ball movement has been so good during this tournament," Jones said. "I hope it carries over to the tough games we have coming up."