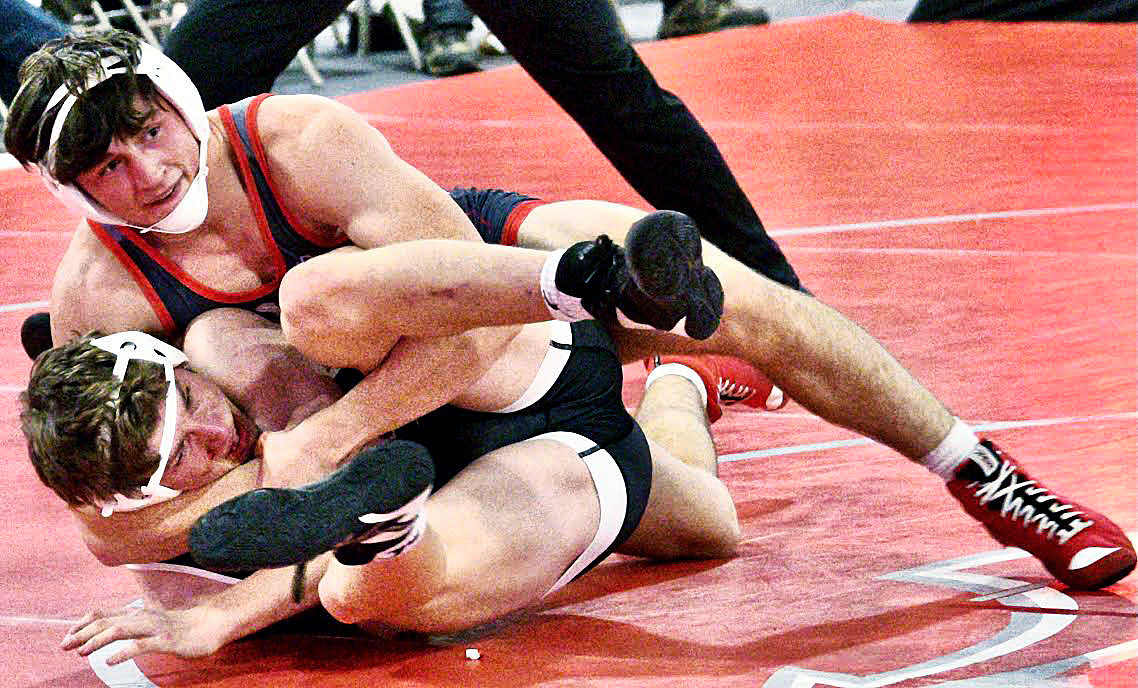 Nate Brower’s 175-pound match with Rogersville's Jacob Shinkarevich on Friday ended with the latter looking for a waste basket to puke in and Brower feeling like doing the same.

Brower and Shinkaravich went the distance, with Brower picking up a 9-2 win as part of Nixa’s 49-19 triumph.

The Eagles’ season-opening night also saw them fall to Farmington 42-40.

Brower felt he got just what he wanted by getting nine minutes of mat time against Shinkarvich.

“That was very good for me, getting my cardio up at the start of the year,” Brower said. “I’m going to need that as the year goes on. I was feeling it. Matches are really something else, you can’t compare them to practice.”

Brower was one of the most intriguing Eagles to watch Friday, what with the manner in which he has transformed himself. The 175-pounder made State for the first time while wrestling at 145 only 10 months ago.

Brower packed on muscle this year in preparation for his senior season as a linebacker for Nixa’s football team. He went on to collect 50 solo tackles and three interceptions and was rewarded with an All-COC Third-Team selection.

“Wrestling was on my mind. I was thinking how much the weight difference would be,” Brower said of his off-season gains. “175 is definitely different. These guys are definitely stronger. I’ve also gotten stronger. So, it just depends on how you look at it.”

He’s considering making an attempt to cut to 165 over the course of the winter.

Brower is off to a 2-0 start, having also picked up a pin in :56 against Farmington’s William Rodgers.

Coming off his trip to State last February and his success on the gridiron, Brower certainly has momentum on his side. He has his sights set on not only returning to State, but securing a medal finish.

“Being out on the field on Friday nights, football helped me increase my confidence,” he said. “I want to go get some hardware this year.”

For the second straight year, Nixa opened its season by rolling out its mats against Farmington and Rogersville in the Commons Area at school.

“This is the best, being here in the Commons. The energy is amazing,” Brower said.