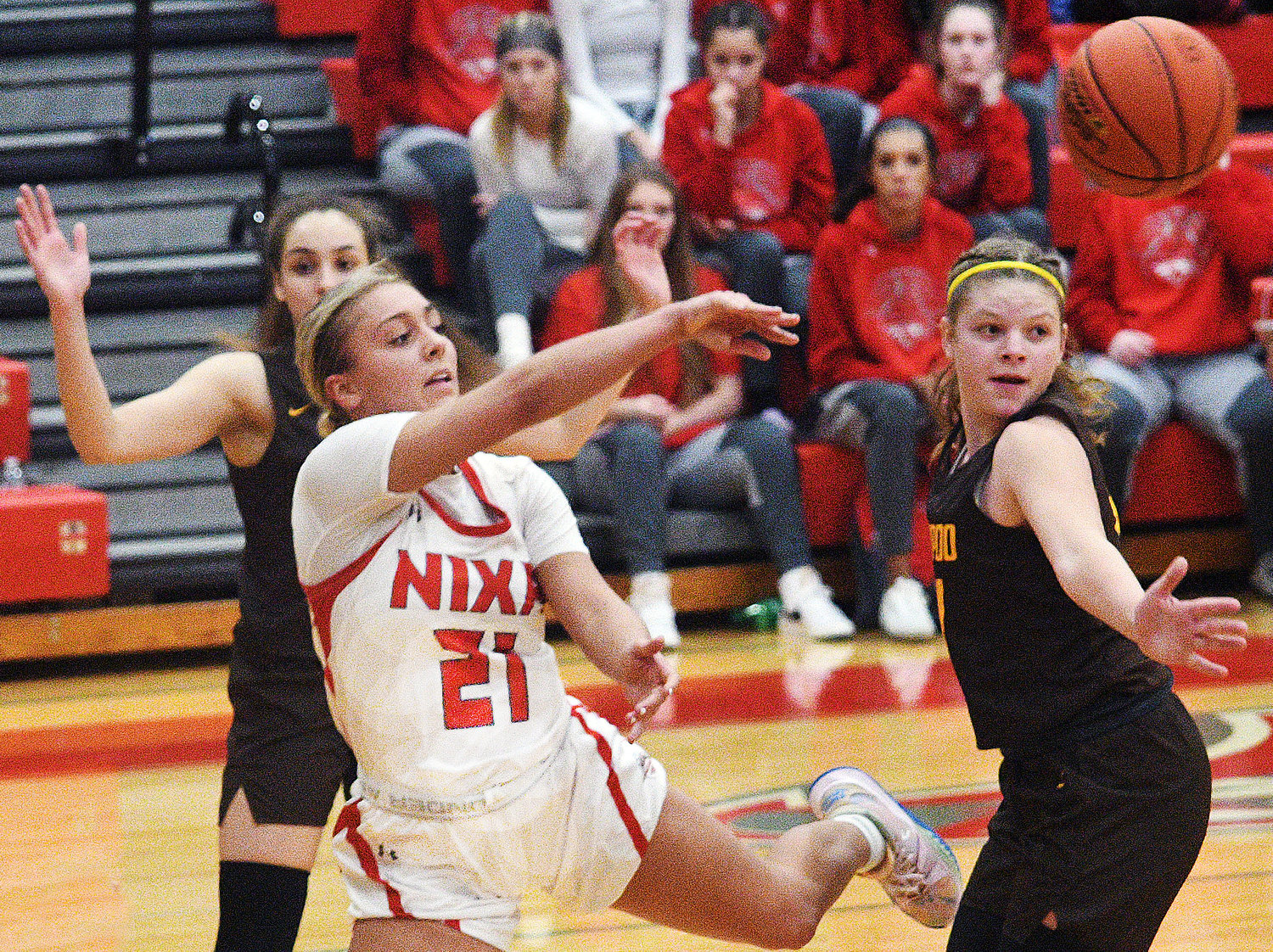 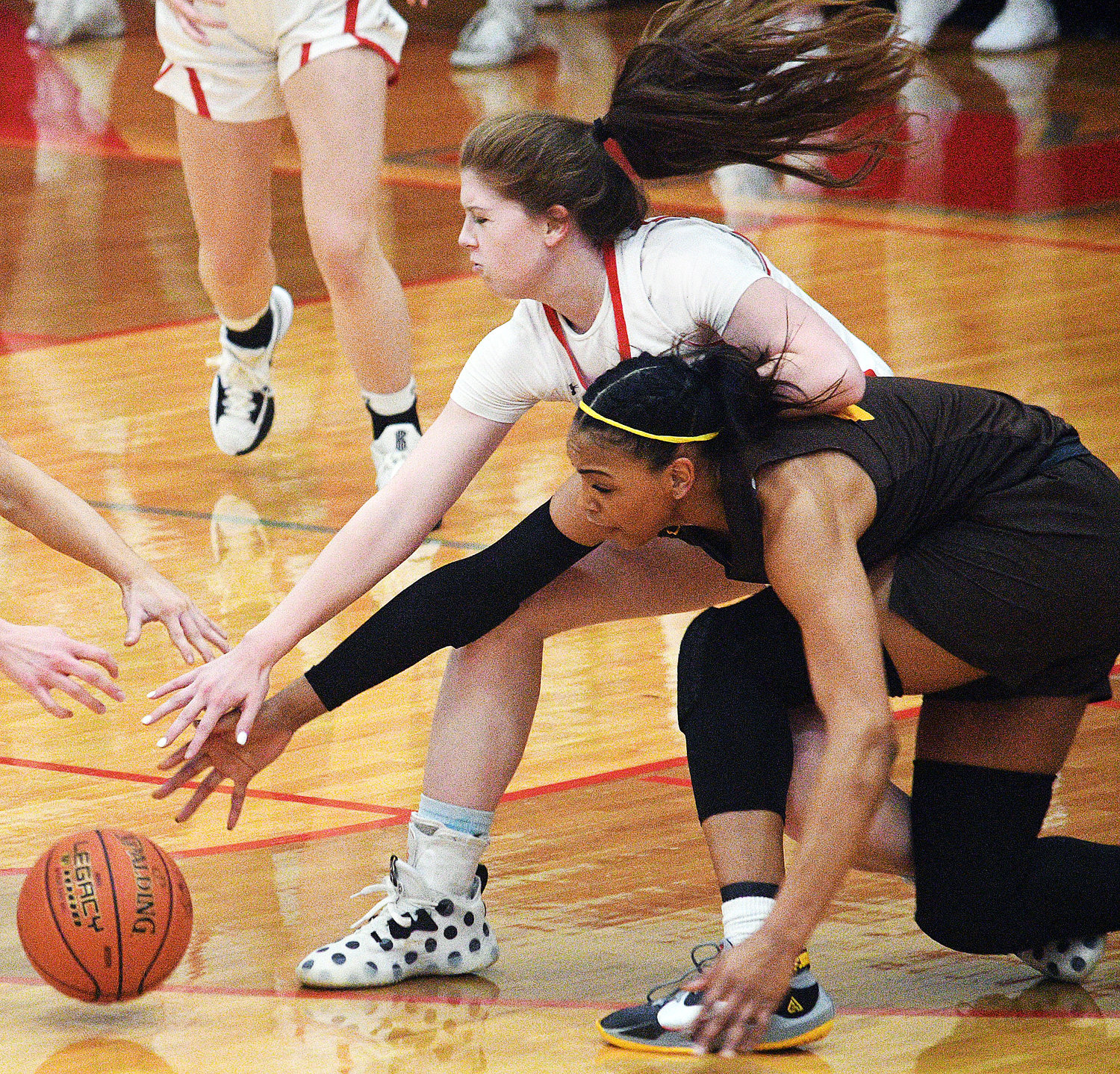 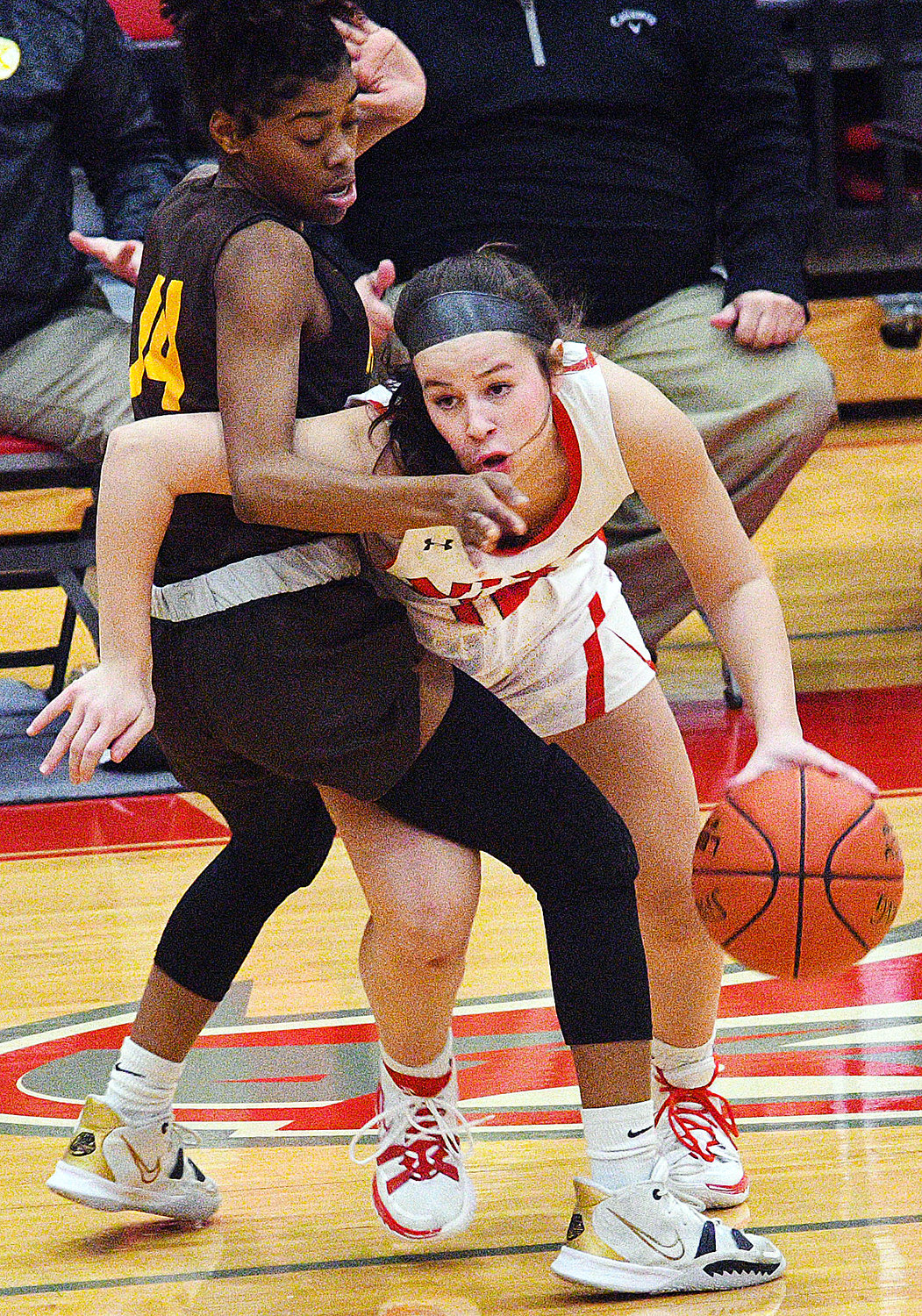 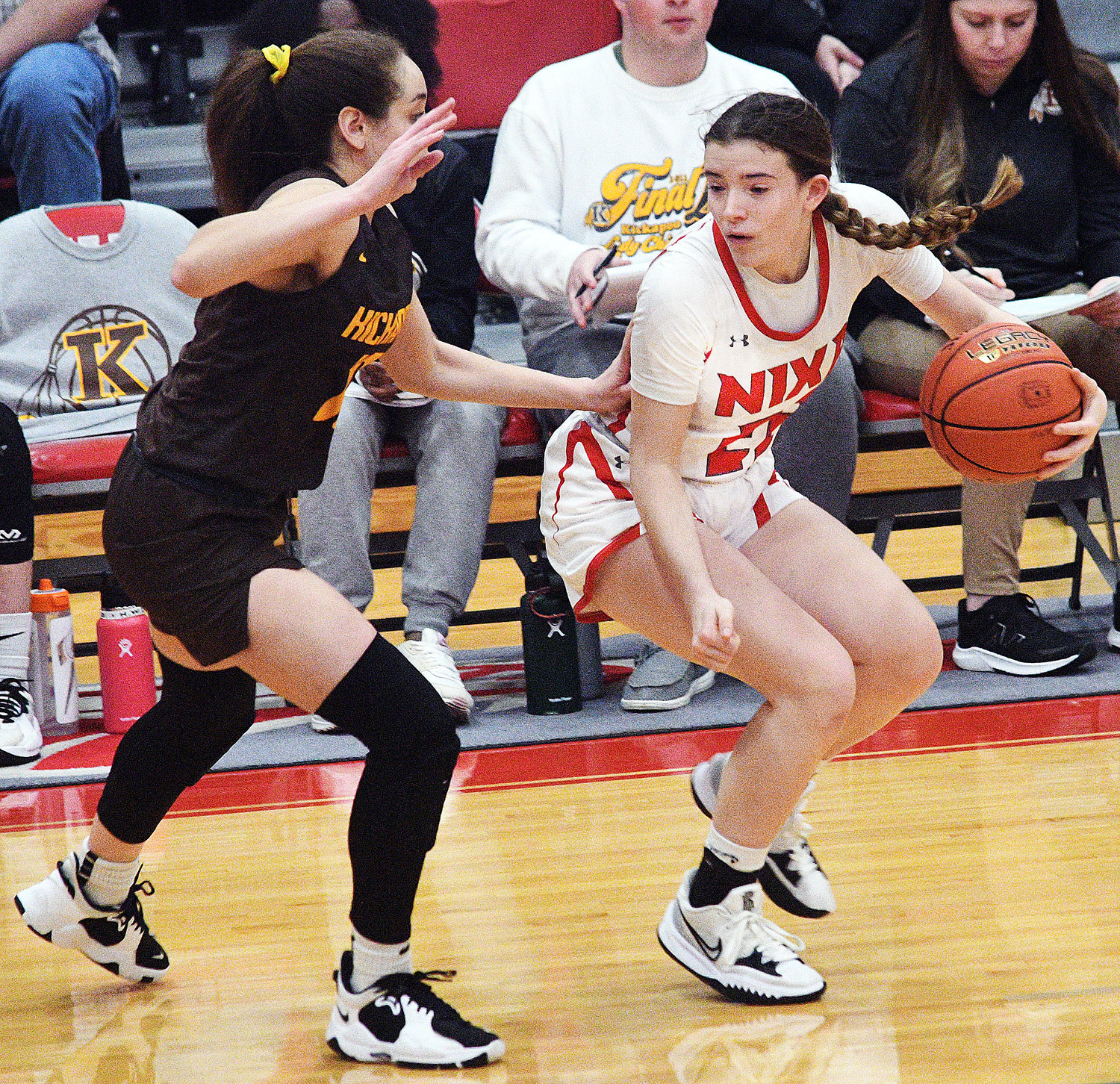 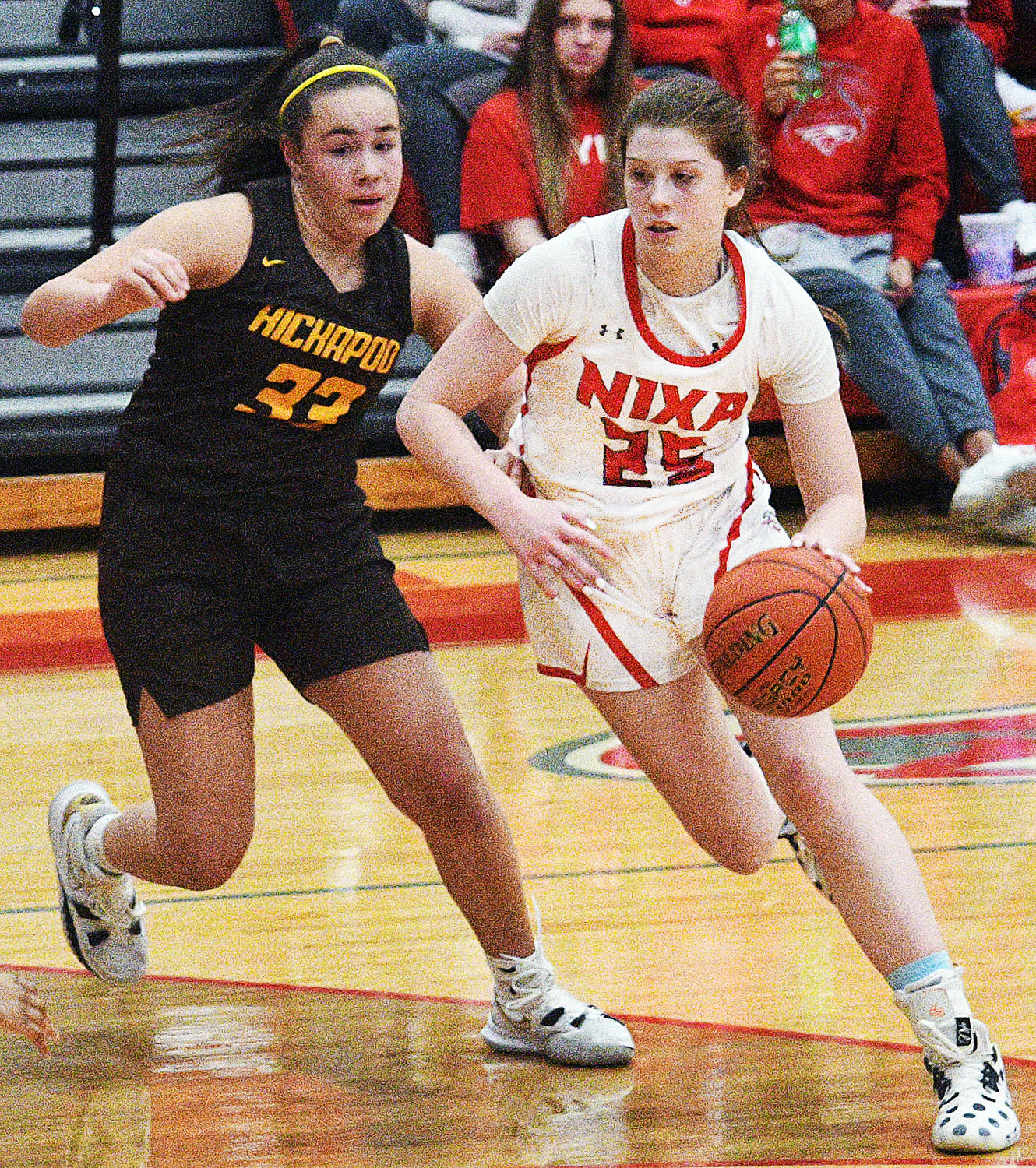 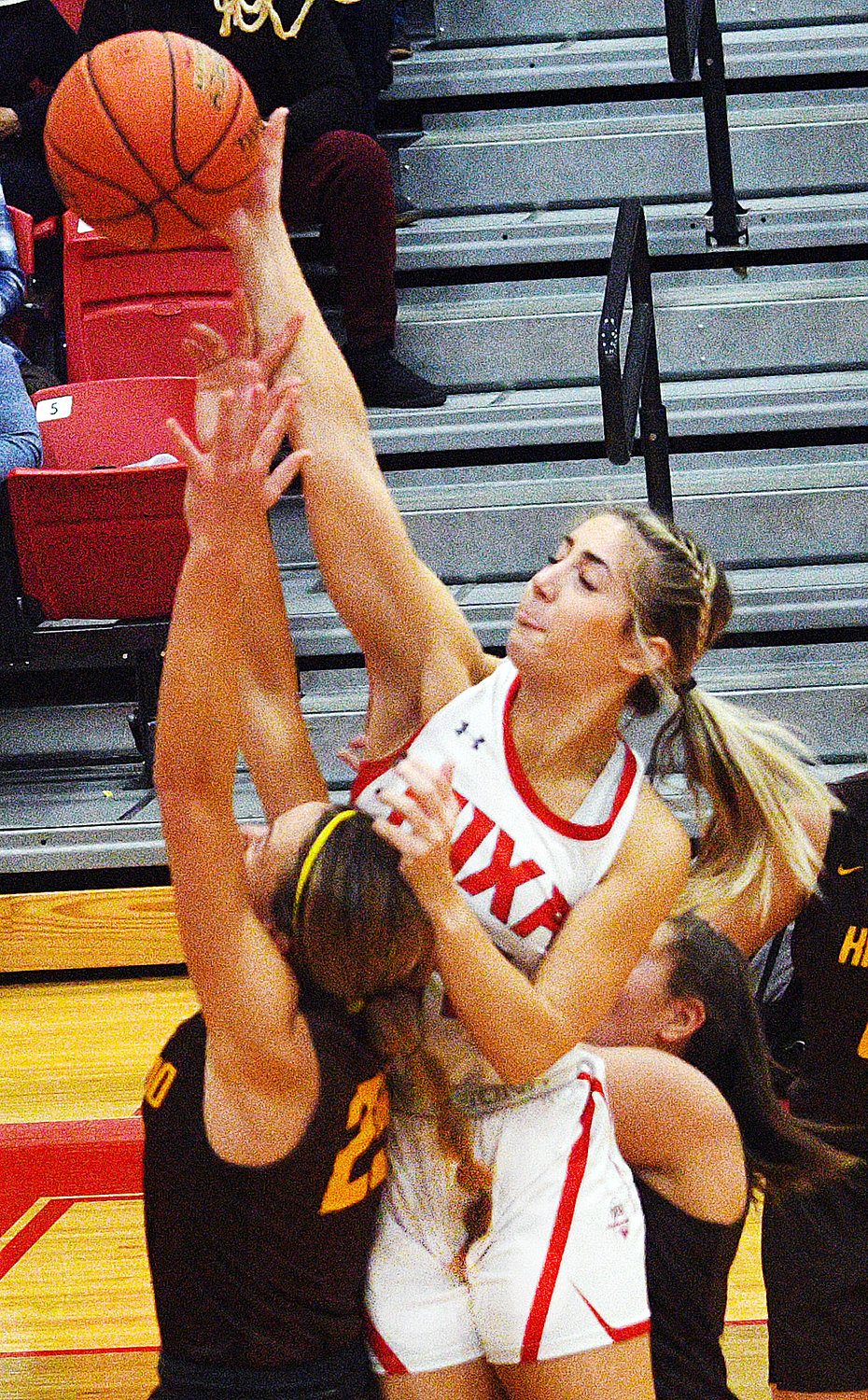 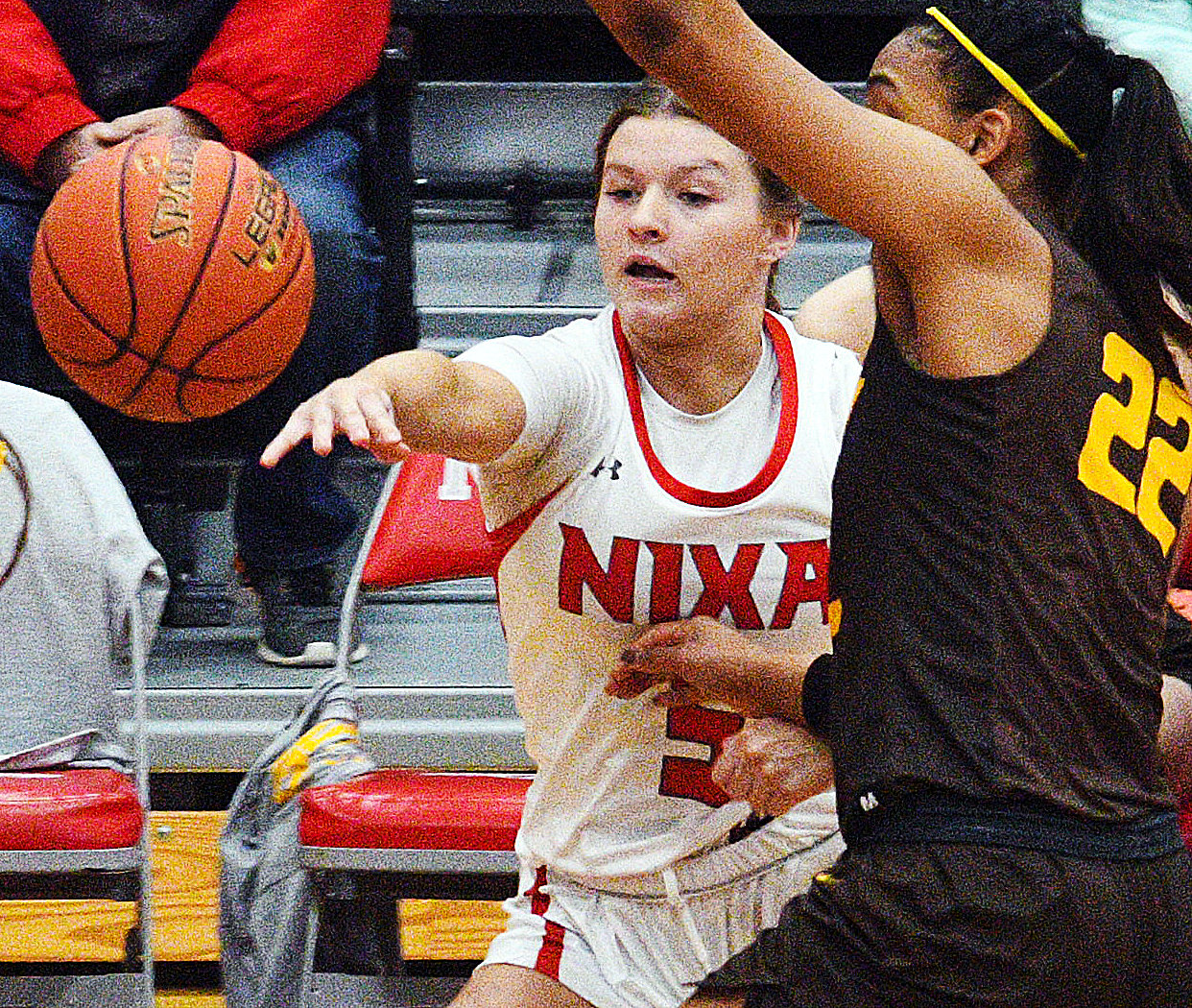 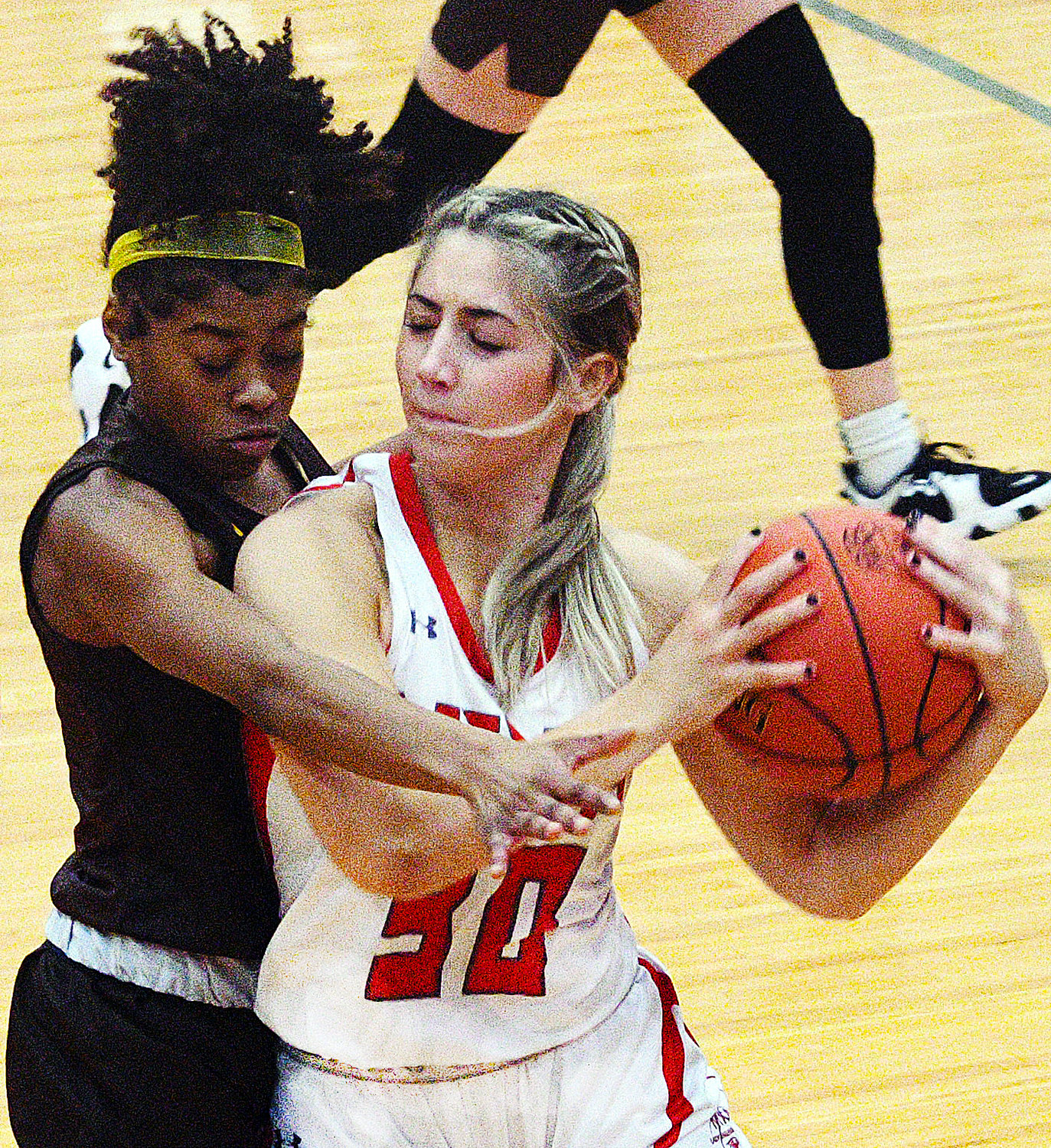 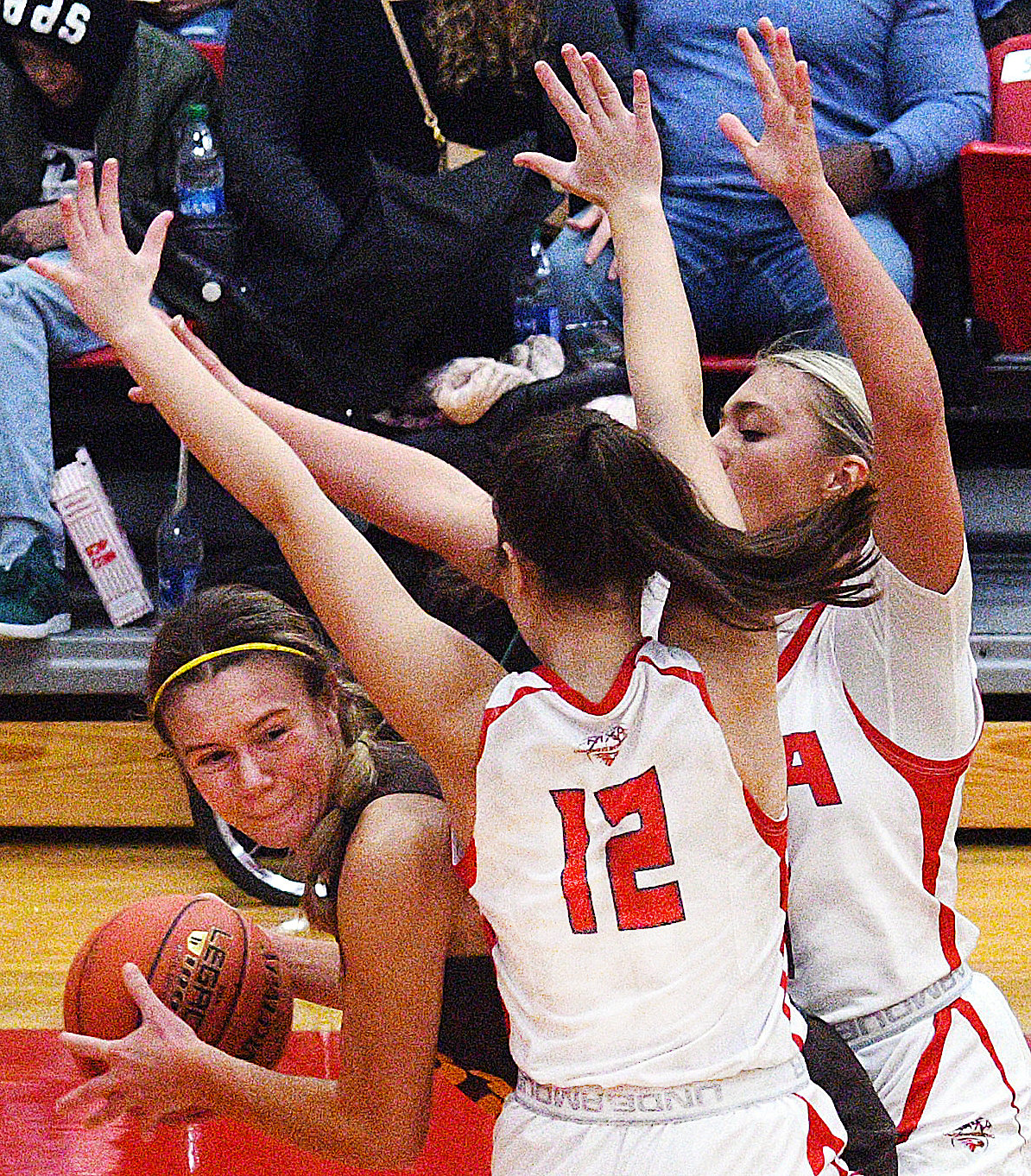 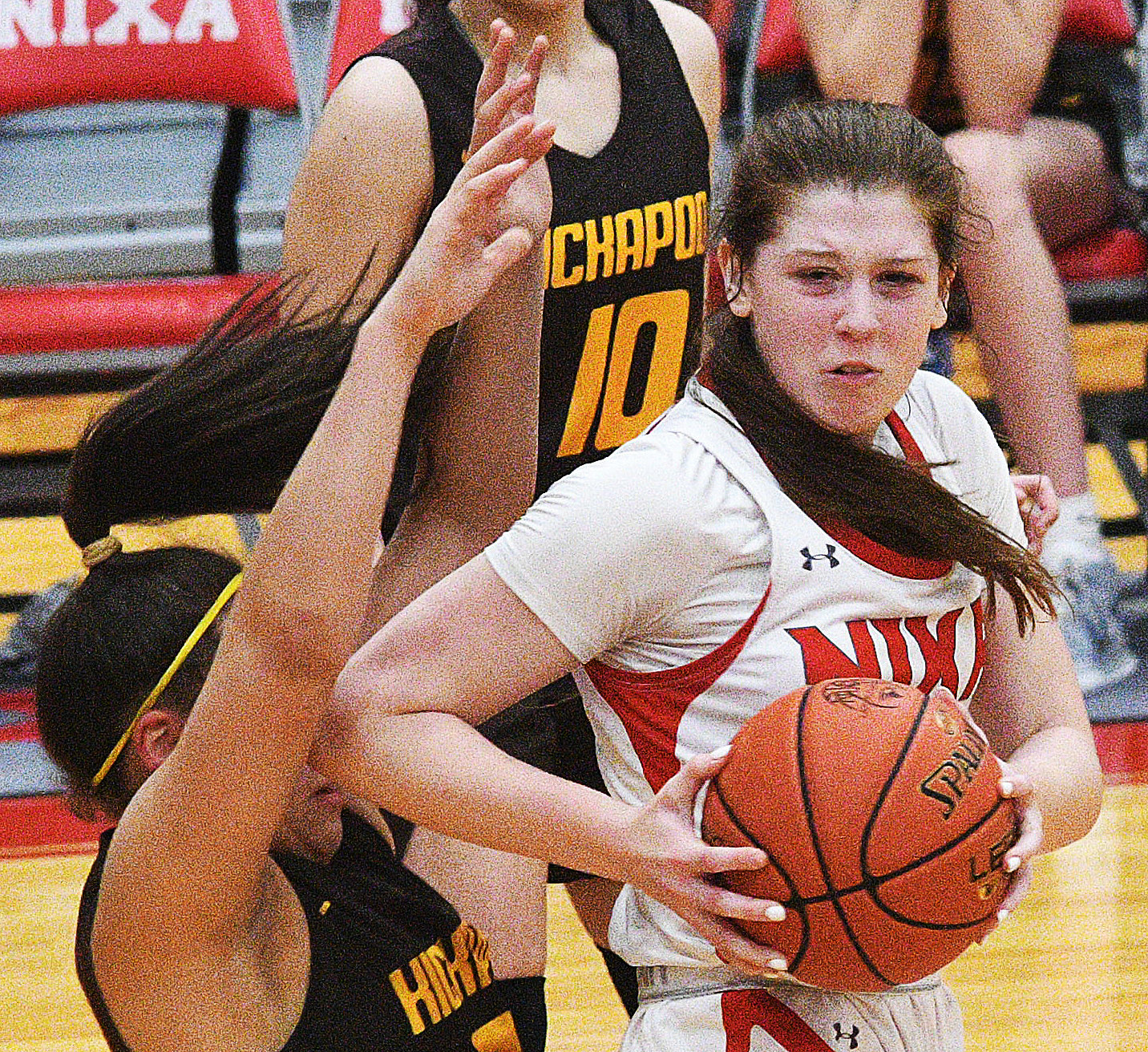 Nixa’s Ali Kames was cautiously optimistic at halftime Monday, while the Lady Eagles faced a 15-point deficit versus Kickapoo and Bella Fontleroy.

“In the locker room, we made some adjustments and I could tell we weren’t going to let it be more than a 10-point game,” said Kamies, a senior forward. “We wanted to go out and play like we can, after our first half wasn’t great at all.”

Nixa did more than save face in the second half, but alas was forced to settle for semblances of a moral victory that the Lady Eagles had no interest in. Their ferocious fourth-quarter rally fell short in a 59-56 setback that upped Kickapoo’s winning streak against Nixa to nine games.

But what a comeback it was:

— The Lady Eagles’ 28 points in the fourth quarter were as many as they put up over the first three quarters.

— Nixa went from nearly being outscored by Fontleroy, 28-27, a minute into the fourth quarter to outscoring the Lady Chiefs 24-9 over the next six minutes.

— The Lady Eagles trailed 45-28 with 7:00 remaining, before going on to take three shots at a tie in the final minute.

— Kamies and Macie Conway both scored 11 points in the fourth quarter.

Like Kamies, Conway had a hunch shortly after halftime that the game would turn around.

“I felt we had a different mindset coming out after halftime and then our press definitely got us going,” Conway said.

Once Nixa unleashed full-court pressure, Kickapoo crumbled, to be kind. The Lady Chiefs seemingly did the Lady Eagles a favor by opting to have Fontleroy in-bound the ball and not often did they look to get the ball back in her hands.

“After a couple times (pressing), we definitely figured that was the best option for us,” Kamies said.

The Lady Eagles did about as good a job as they could of finding a balance between being ultra-aggressive and not fouling.

“You’ve got to be smart about what you’re doing, don’t reach and basically know the personnel,” Kamies said.

Nixa missed two shots in the paint while trailing 58-56 with :16 remaining. The Lady Eagles also had a chance to tie with :04 left, when Rhianna Gibbons missed a 3-pointer. Whistles blew on the play, but officials ruled she was fouled after the shot, resulting in only two free-throw attempts for Gibbons.

She had her first free throw rattle in and out and purposely missed the second, only to have Kickapoo rebound the ball to clinch the outcome.

“We need to come out in the first and second quarters how we played in the third and fourth,” Conway said. “But I feel like our fight was better than other games.”

Norah Clark scored Nixa’s first eight points. No other Lady Eagle scored until the 4:01 mark of the second quarter.

Looking ahead, the Lady Eagles (11-3) dearly will love to get another shot at Kickapoo come Districts, to be hosted by Joplin.

If Kamies could be described as cautiously optimistic at halftime Monday, her and Conway’s narrative afterward regarding a proposed rematch with the Lady Chiefs can be categorized as positively confident.

“This will encourage us for Districts for the next time we match up with them,” Conway said. “This was good for us. This will prepare us. It will be a different game next time, different things will happen.”