Lady Eagles’ Hopper freshman conference champion in only her second 400 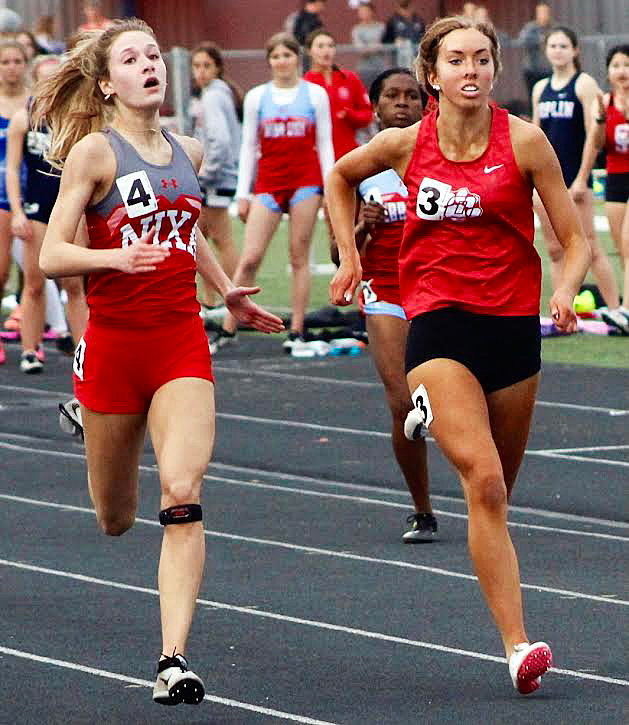 Taylor Hopper didn’t hop around in celebration upon winning the 400 at the COC Track Meet on Friday because the Nixa freshman didn’t realize she had become a conference champion.

“I really forgot this was COC, to be honest,” she said.

Hopper is a COC champion only one year into her high school career, after not being a COC champ in junior high. The closes she came was second in the 100 her eighth-grade year.

Friday’s 400 was only Hopper’s second 400. She first competed in the event at the Ozark Relays last month.

“I think I’m going to stick with me because I’m good at it,” she added. “I think it might start a new chapter for me.”

“She got me at the start of the 100 meter mark,” Hopper said. “I can kick it good at the end. I had confidence in me.

“It takes a lot different kind of effort to run the 400,” she added. “You have to pace yourself and know when it’s time to kick.”

Hopper’s 400 first was one of four gold-medal finishes for Nixa. The Lady Eagles had three individual firsts and won the team title and the Eagles had one first.

Ashlyn Allison won the discus with a throw of 103-9.

Tony Perez was first in the discus with a throw of 165-5.

Koby Graham and Casen Hammitt were 2-3 in the javelin.