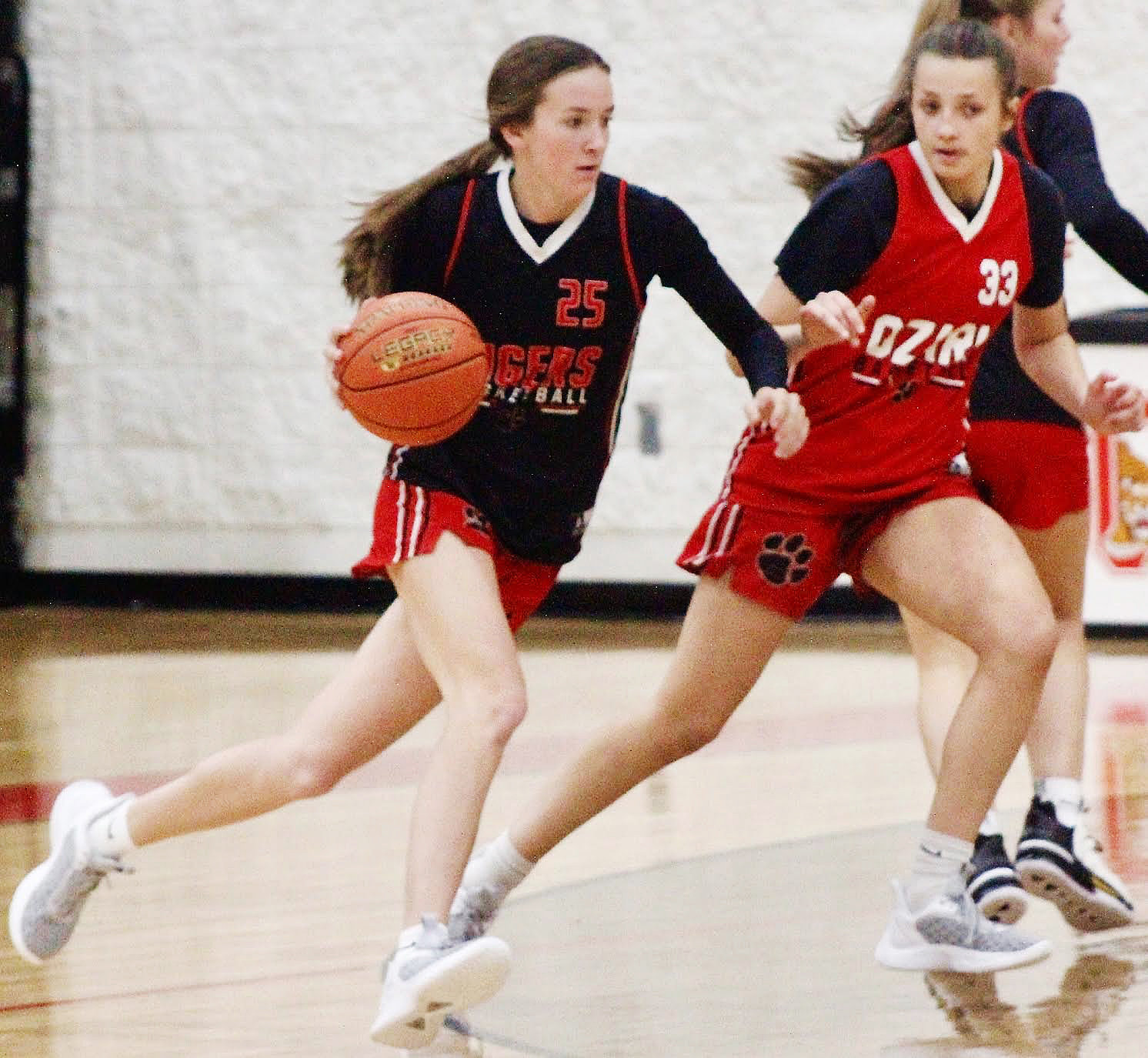 Considering the massive gains Jordyn Foley made on the ball diamond over her junior and seniors seasons, it’s intriguing to see if she can be a late bloomer on the hardwood, as well.

Foley went from being Ozark’s No. 2 pitcher entering her junior year to being the Lady Tigers’ ace last season and rocketing all the way to COC Player of The Year status as a senior this fall.

Similarly, Foley was a backup guard for the Lady Tigers entering her junior year, before a late-season surge made her one of the team’s top perimeter shooting threats.

This season, Foley is being looked upon as Ozark’s go-to girl.

“I never knew Jordyn's softball life when we were growing up,” Lady Tigers point guard Molly Rushing said. “But I love watching her pitch now. I'm super happy for her. I think she's going to go crazy for us (this basketball season), too. She's going to shoot her shot and help us a lot. She can do all sorts of things on offense and defense.”

Foley finished last season with a 7.8 scoring average, tops among Ozark’s returnees. She did much of her scoring in January and February while hitting 3-pointers consistently.

“The more I shot the more confident I got,” Foley said.

New Lady Tigers coach Brandon Clift is looking forward to Foley developing into an inside and outside scoring threat.

“Seeing Jordyn the way she progressed last year, I think she will be looking for her shot and be a leader for us offensively this year,” Clift said. “This off-season, she spent a lot of time working on attacking to the basket. She has already shown she's a proficient 3-point shooter. I think the next progression for her is to attack the basket because people are going to try to run her off the 3-point line.”

Foley is aware she will have to drive to the bucket and keep defenses honest or they will be all over her at the 3-point line.

“I'll definitely have to do that," Foley said. “I’m going to try to do that, hopefully. I can do it here and there, but not very consistently. I just need to do it more.”

Ozark will also be counting on center Haven Haymes to provide scoring. She averaged 3.8 points and 4.6 rebounds a game last season.

““She's a force inside and her work ethic is incredible,” Clift said. “She sets the tone for us with her physicality. The girls know when they play defense they don't want to guard Haven because she's going to be physical, position her body and go after rebounds. She's relentless.

”She had some games last year in which she was dominant and caught people's eyes,” he added. “She’s looking to be a prominent player for us.”

Ozark’s only other experienced players are Rushing and swingman Alexis Solomon.

Clift likes the options his players give him.

“We've got depth and we have a lot of guards,” Clift said. “We've got girls who can play both guard and post and we've got a couple true posts. We have all positions filled.”

Ozark relied on its defense last season en route to 20 wins. The Lady Tigers held opponents to an average of 42 points a game, the program’s lowest figure in nine years.

Defense will be just as much a focus this season.

”Our emphasis every day is defense and rebounding,” Clift said. “You’re not going to be able to go out and put up a huge number of points. We have to guard well and rebound well. Our offense will take care of itself.”