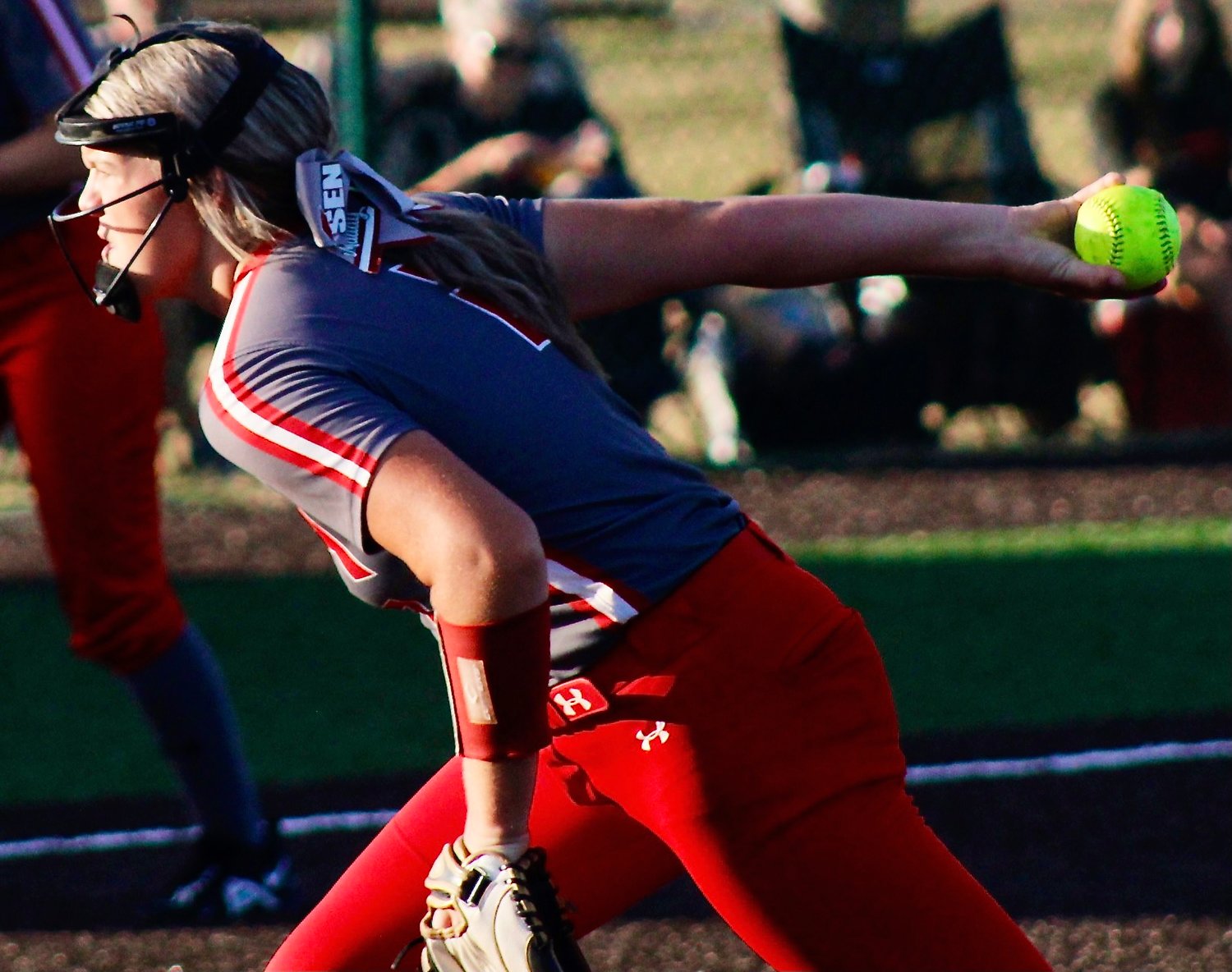 BRANSON — However predictable Maddy Meierer’s dominance has been in the center circle, the manner in which she has overwhelmed hitters hasn’t been so predictable.

Meierer discovered Tuesday her screwball was responding well and used it as her out-pitch in Nixa's 6-2 triumph against Branson.

She struck out a dozen and didn’t allow a hit after giving up three hits and two runs in the first inning.

“I got the screwball down, that was what was getting all the girls,” Meierer said. “I’d say it’s my hardest pitch to control. Most of the time it is not my best pitch. Whatever works, it’s a day by day thing. Some days my curve ball is working, some days my drop is working and some days my screw is working, you never know.”

Meierer wouldn’t have guessed while warming up that she would be going to her screw ball so often. In fact, she has learned not to trust how she is feeling during warmups.

“When I’m warming up, some pitches can be good and some bad,” she said. “But most of the time it is the complete opposite in the game.”

With Meierer's screw ball breaking in on Branson’s right-handed hitters, the Lady Pirates repeatedly were jammed upon making contact.

The 12 strikeouts tie Meierer’s season-high. She has reached double digits in strikeouts in three of her last four starts and on the season has 148 strikeouts in 121.1 inning.

Sara Sweaney gained entry to Nixa’ 100-hit club, while continuing to hit at an incredible pace. She was 3-for-4 to up her season hits total to 49 and her team-high batting average to .480.

Sweaney’s 49 hits are nearly as many as she had in her freshman season (28) and sophomore season (25) combined.

Harper-Jane Simpson had four hits. An 8-for-13 surge has lifted her batting average to .376.

Phoebe Gardner was 3-for-4.

It was a 2-2 ball game through three innings, before the Lady Eagles plated two runs in the fourth and one each in the fifth and sixth.