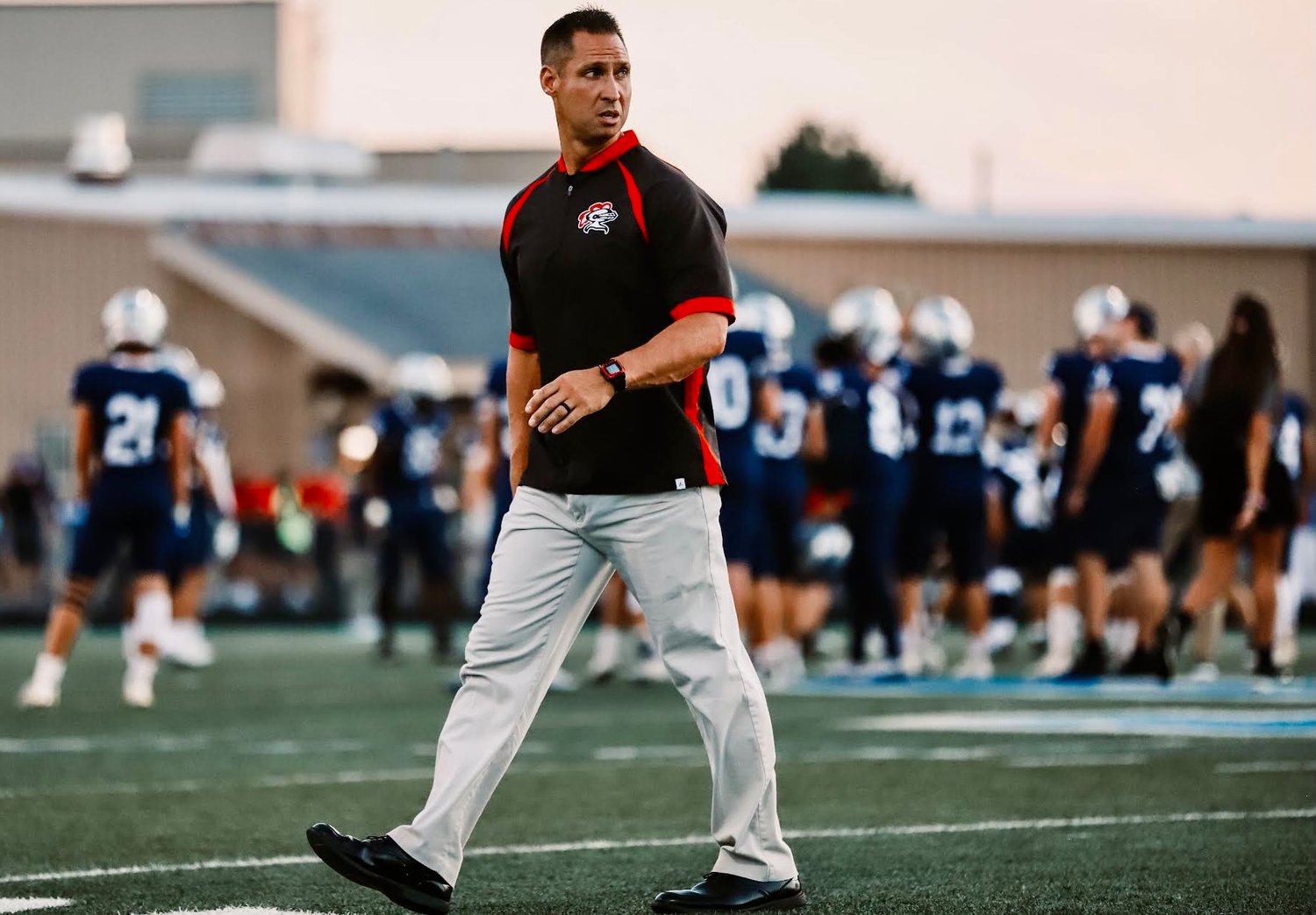 Like so many Midwesterners, but completely unbeknownst to him at the time, a childhood trip to the Ozarks eventually set the wheels in motion for Jeremy Cordell to be confident in making a move to southwest Missouri.

Upon learning of the Tigers' vacancy, Cordell eagerly applied for the job while recalling a fishing trip to Table Rock Lake with his father and his father's love for the Ozarks.

"My Dad was a big fisherman. He talked about how he loved the area," Cordell said. "I'd been to Table Rock and Branson when I was little and I'm sure we made the drive up (Highway) 65 (and past Ozark)."

Upon making a return trip to Ozark while interviewing for the Tigers' job, Cordell quickly gained a further grasp for his father's sentiments.

Likewise, his wife, Mary, and their four children, loved all they saw.

"When we visited there, we absolutely fell in love with it," Cordell said. "This decision could not have been made without my wife. It was the same thing with her. She fell in love with the people. We love the school environment, the people and the area is gorgeous. I'm sure you hear that all the time. There are so many things to offer.

"It's funny how life works," he added. "Our intention has always been to move further south and out of state. We didn't know where it would be. Your home is where you make it, as long as you have your family with you. We're ready to make Ozark our home. We're all-in."

In addition to his wife of nearly 20 years, Cordell's family includes one daughter Kelsey, who is currently a junior, and three sons, J.T., a sophomore, Anthony, an eighth-grader and Casey, a fifth-grader.

"All of the boys play football," Jeremy said. "My sophomore plays along the D-line and O-line and also is a wrestler, my eighth-grader is a baseball, wrestler and football kid. He's a tailback My youngest is a tight end and D-lineman."

Cordell's resume includes 13 years as a head coach with an overall W-L record of 82-54. As a defensive coordinator, he was part of teams that compiled a 31-7 mark.

Cordell has been the head coach at Lincoln-Way Central out of New Lenox, Illinois, in suburban Chicago since 2015. He led Central to Class 7A state playoff apearances in 2016, 2017 and 2018.

Prior to his tenure at Lincoln-Way, Cordell was the assistant head coach/defensive coordinator from 2003-2010 at Glenbard West and head coach at Glenbard South from 2010-2014, both in Glen Ellyn, Illinois, which is also part of the greater Chicago area.

Glenbard West's success with Cordell as its defensive coordinator included a 7A state runner-up finish in 2009 and a 31-7 overall record.

At Glenbard South, Cordell enjoyed a 10-1 season in 2013, collected four conference championships, earned playoff berths from 2011-2014 and finished with a .680 overall winning percentage.

In Cordell's 13 seasons as a head coach, his teams have produced more than 80 players who went on to the college level.

"I have a lot of energy and a lot of care for the kids," he said. "I want to hold them accountable and love them up. The most important thing is the day-to-day relations with the players."

Cordell is somewhat unique as a coach with experience as a coordinator on both sides of the ball.

"In high school, I was a quarterback and in college I was on the defensive side (as a safety). So, I had a little bit of perspective on both sides of the ball," Cordell said. "Early on in my coaching career, my learning curve was on the defensive side. Coming up through the ranks, I was an assistant coach on defense and became a defensive coordinator. When I came to Lincoln-Way Central, I installed the defense. But after the first year, I switched over to offensive coordinator and had been there ever since.

Being on the defensive side for so long, I know what defenses are looking at when they look at (offenses)," he added. "The biggest insight it gave me is how I want to attack defenses."

Cordell long ago learned to be open-minded enough to annually adapt to his personnel. His hopes are to have a wide-ranging offense.

"A good coach adapts to who they have, but there always has to be a base philosophy and schemes," Cordell said. "We'll have a fast, physical, wide-open offense with multiple tempos. We'll go no-huddle, but we will huddle if we need to. We'll have multiple formations. We can be pretty diverse. Our passing game is your typical quick, vertical (attack). I like to do a lot of play-action. It's kind of an evolution over the years of a power running game and a spread. It's an exciting offense.

"On the defensive side, I've been running a 3-5 scheme the last 17 years. I'm pretty well-versed in it, but am always trying to learn more," he added. "I've learned Ozark ran a 3-5 last year and I'll be looking to expand upon that. I'm a football junkie. You're always learning."

A new aspect of his job Cordell is looking forward to will be knowing where his future players are coming from.

Cordell is anxious to promote Ozark's football program. To that end, he holds a marketing degree from Illinois State. Also, he has been a guest speaker for the Illinois High School Football Coaches Association, the Chicagoland Youth Football Clinic and various other clinics.

"Being in education and being a teacher, you're in front of people all the time," he said. "You are the voice most of the time for the football program by being in front of students, parents and colleagues. I'm comfortable with that. I'm a people person. I like to get to know people. I want to get out in the community and meet everybody from the junior-high coaches to teachers at the elementary school to the local sponsors and local agencies. I'm looking forward to being part of the community."

“It was evident throughout the interview process that Coach Cordell is a dynamic leader on and off the football field,” Ozark High School Principal Dr. Jeremy Brownfield said. “We are excited to have him as a part of the Ozark Athletics family and a part of the community.”

Who might Ozark hire as next football coach? Let's take educated and wild guesses