Ozark spreads the wealth, with a handful of players scoring in rout of Willard 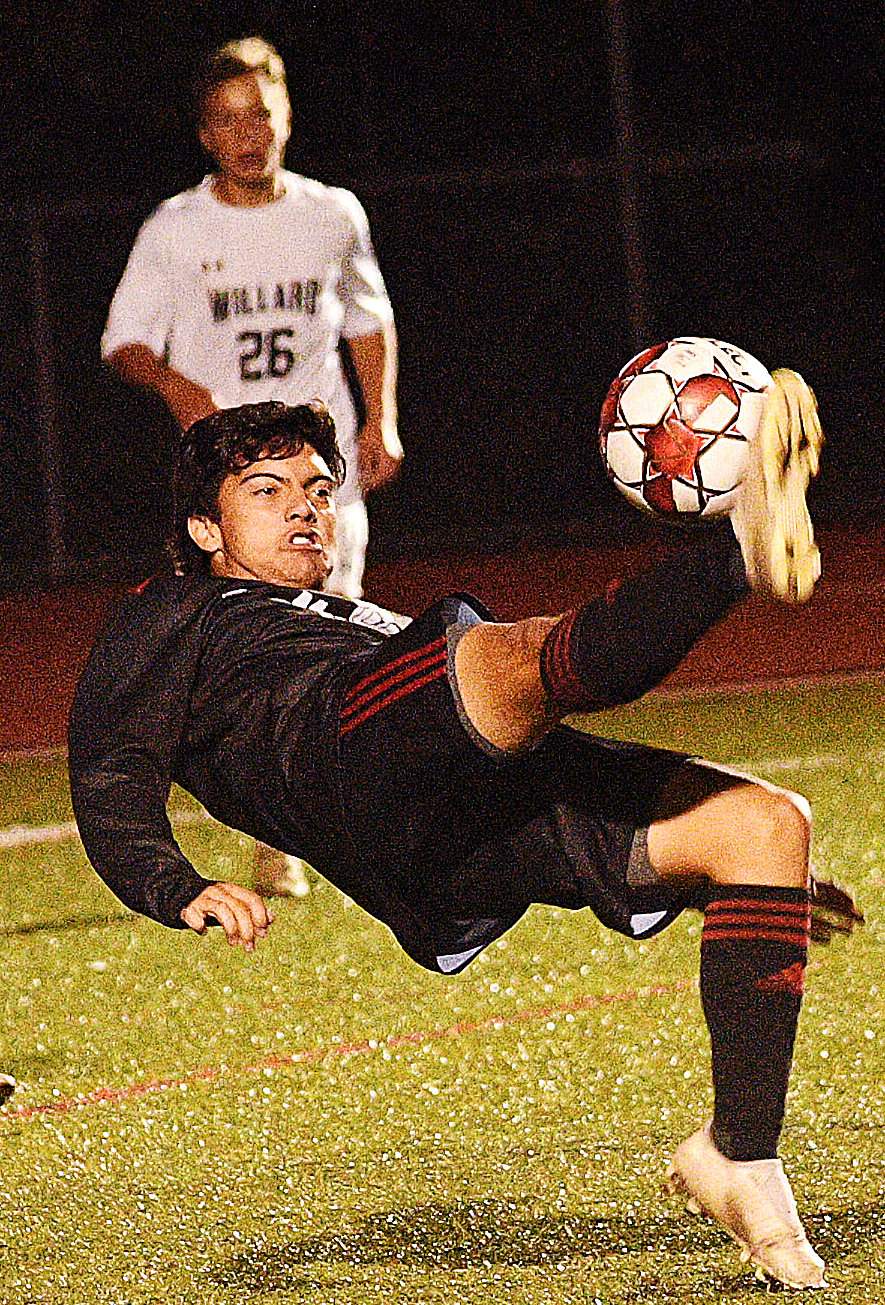 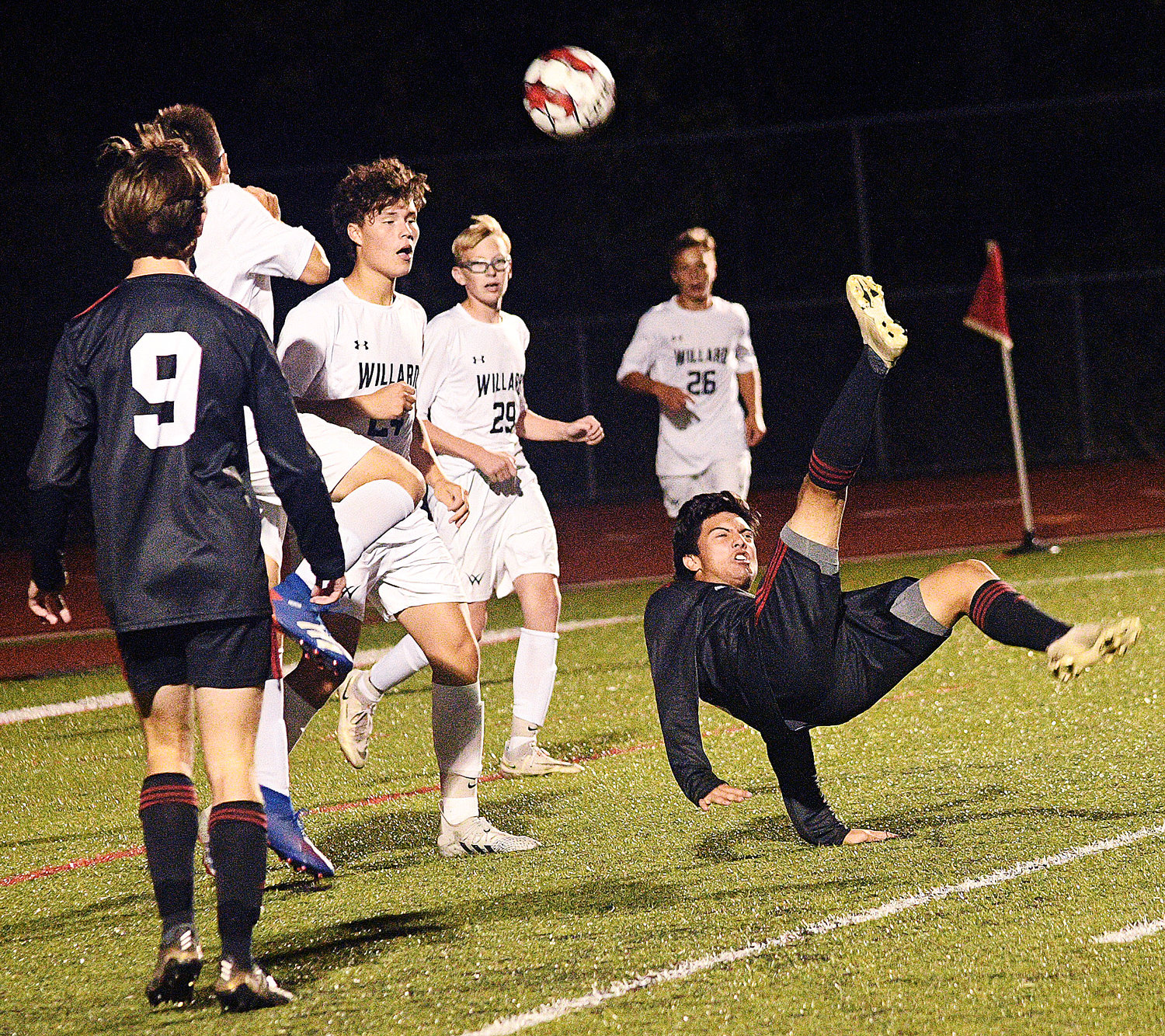 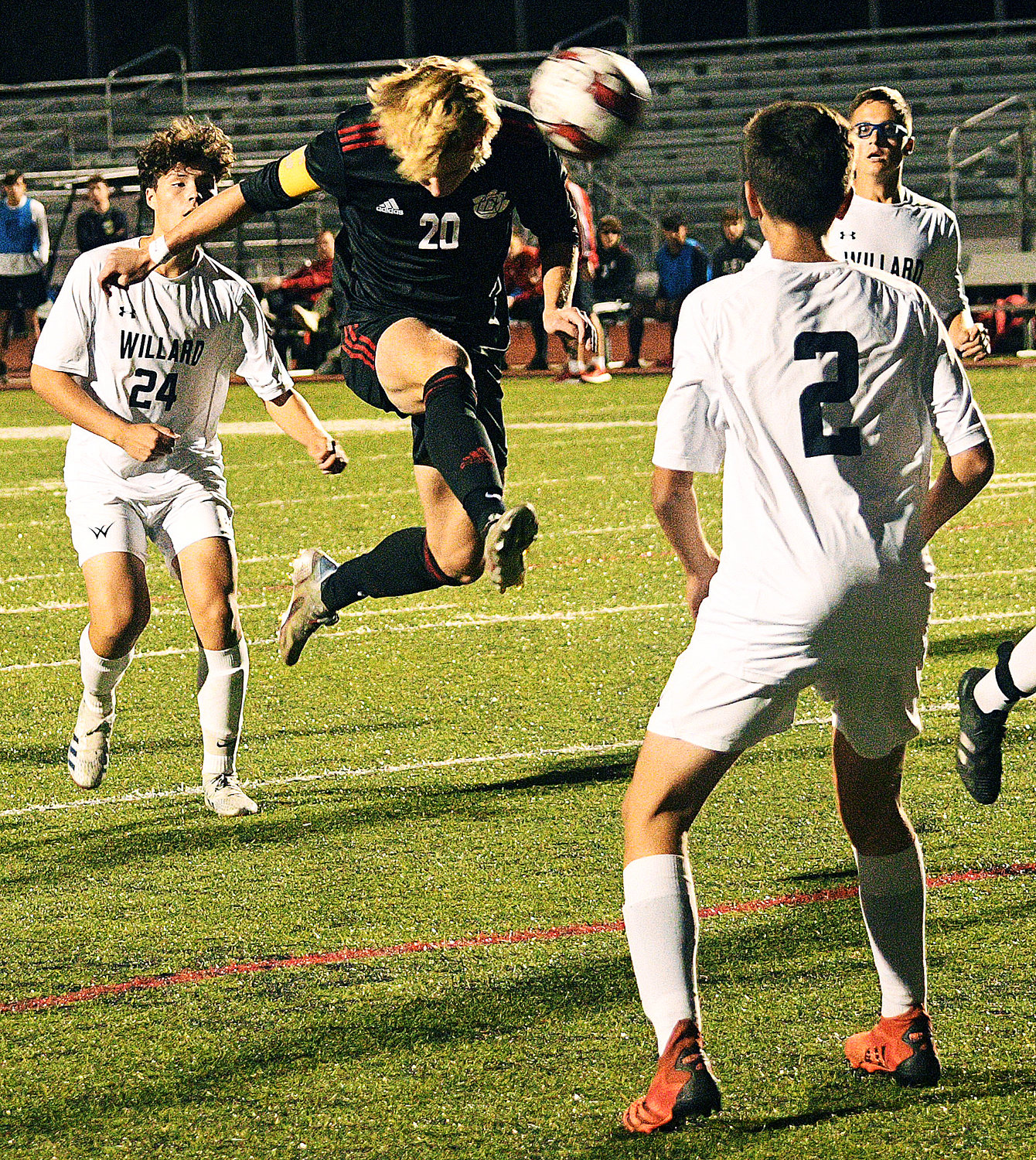 JUSTIN BAKER receives a corner kick and tries to score on a header.
PAT DAILEY/Headliner News 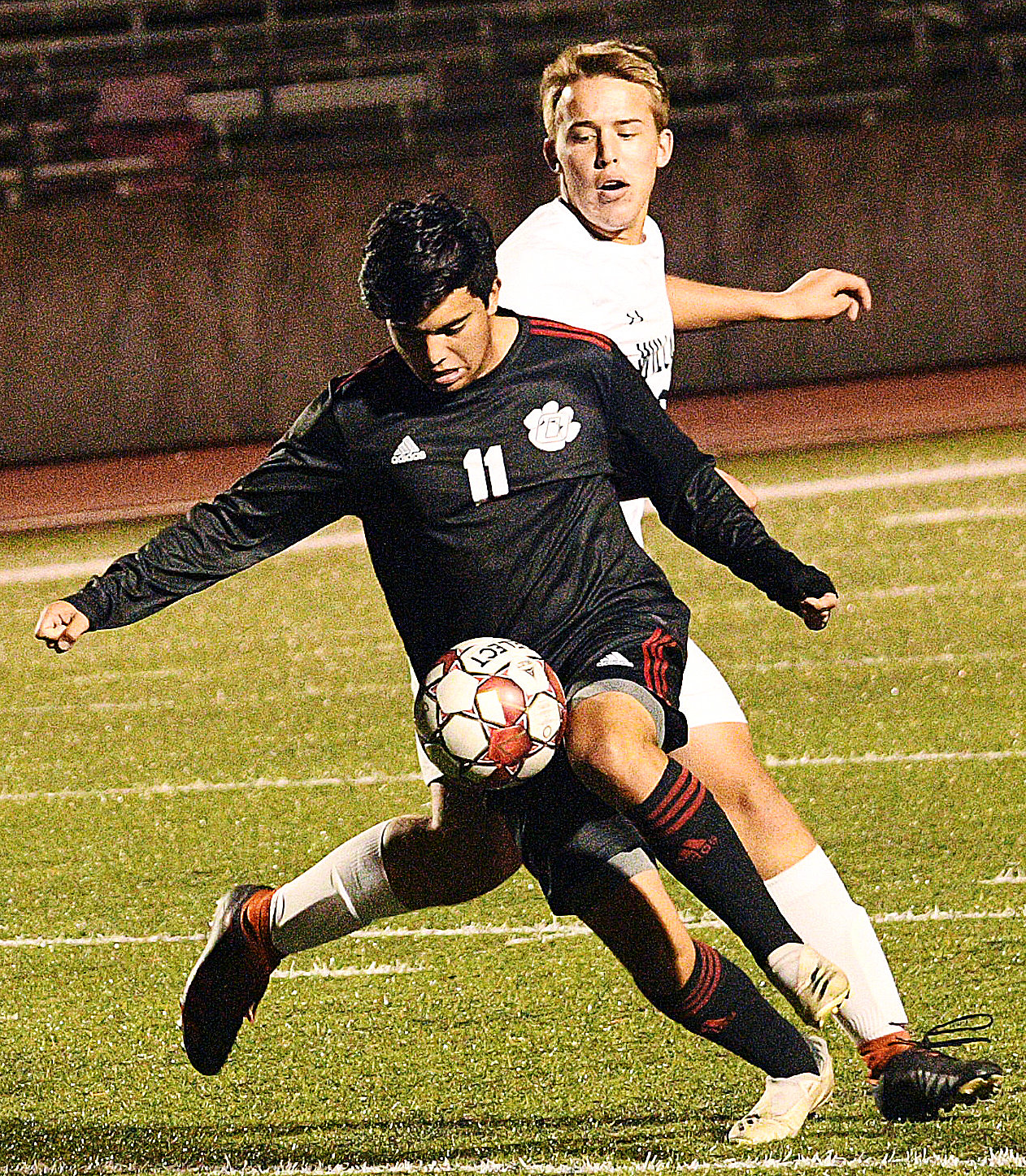 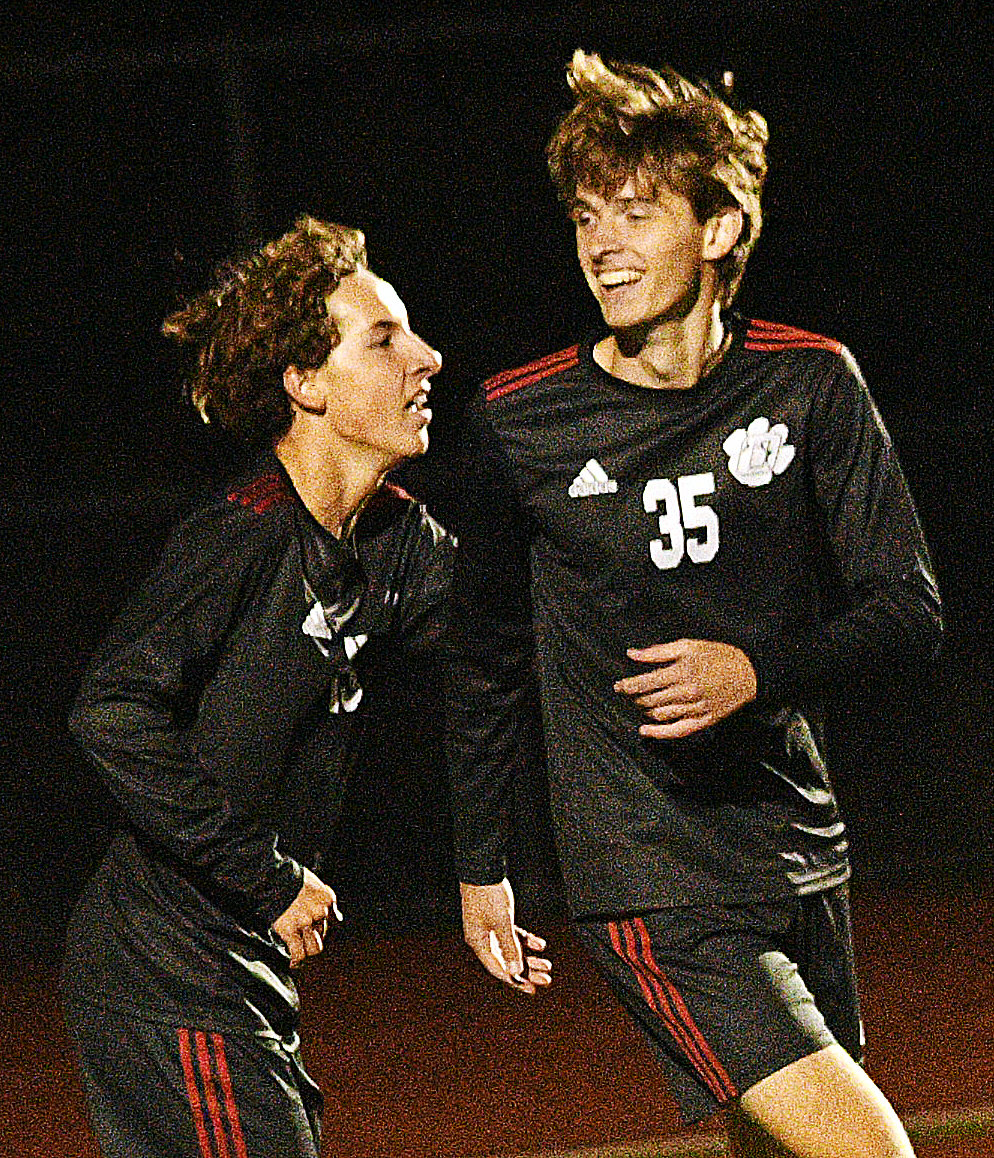 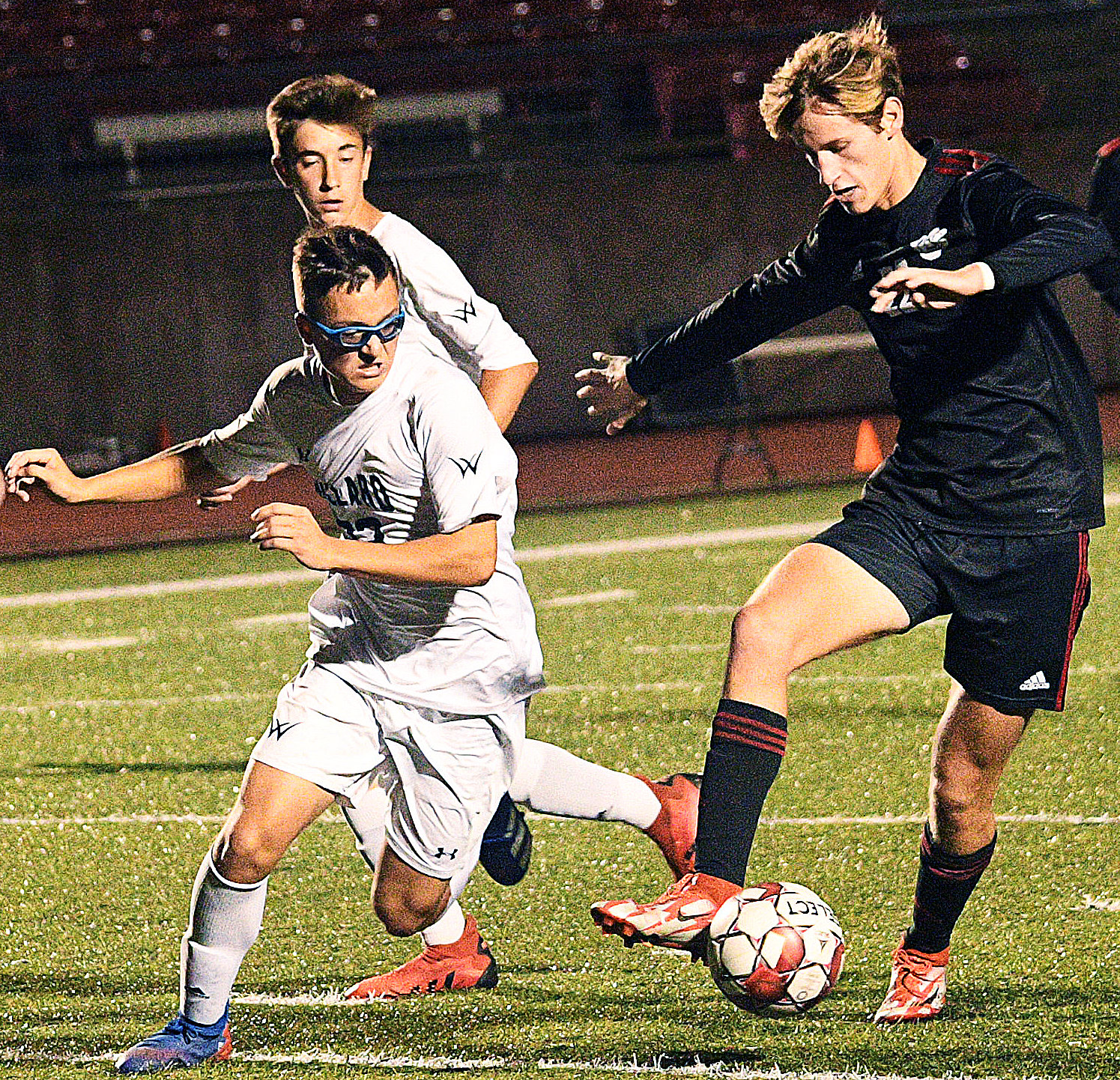 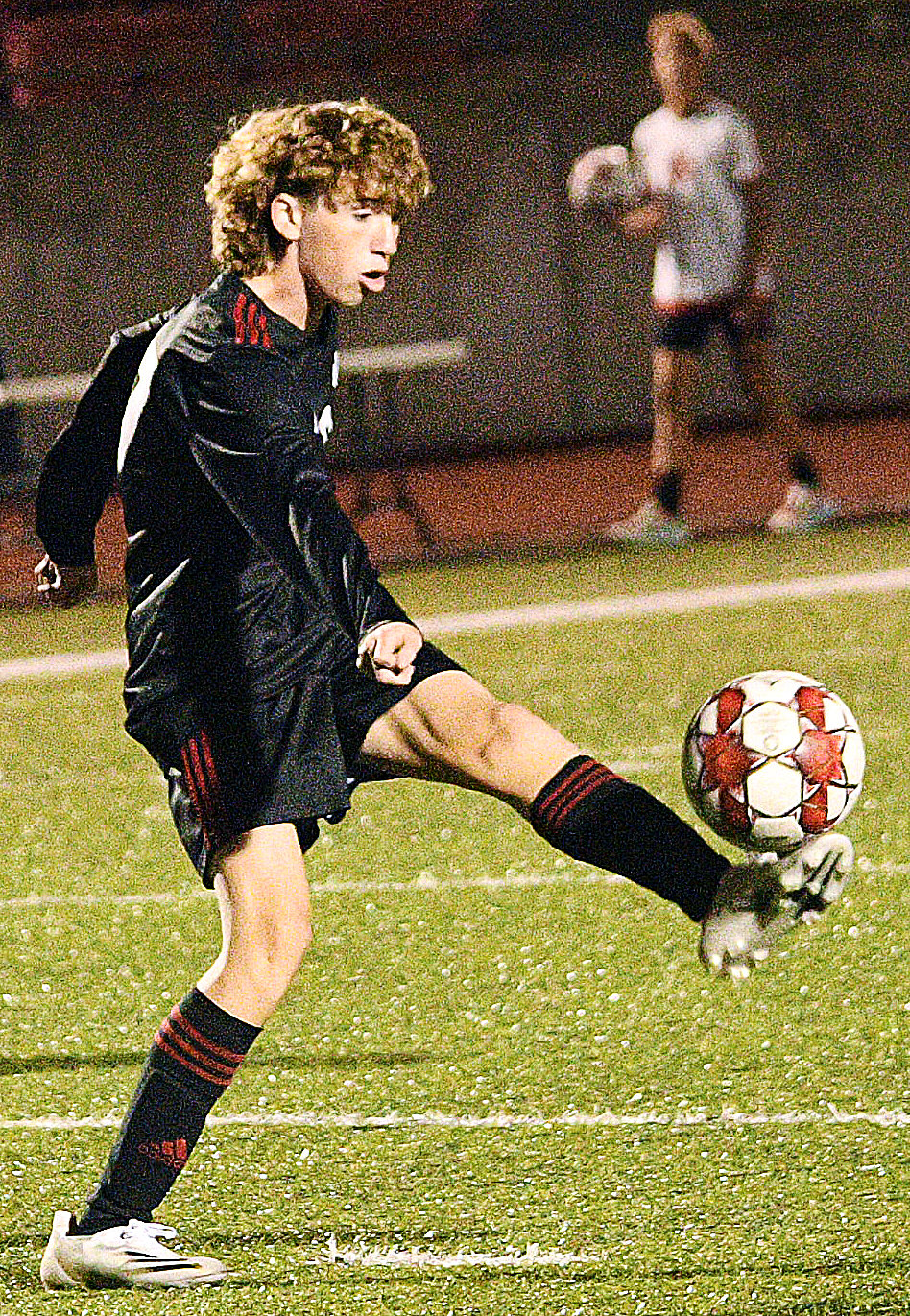 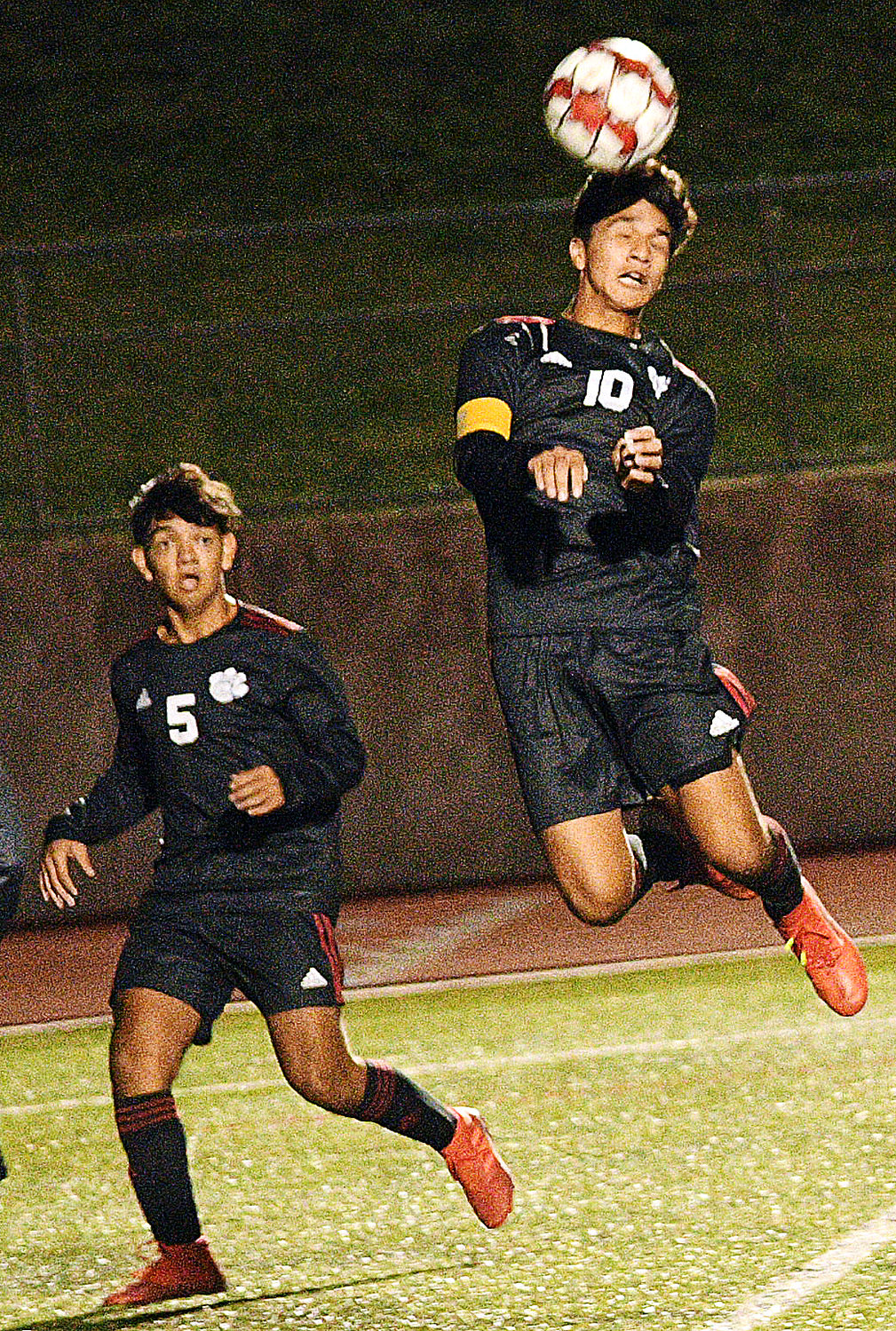 August McComas is a defender at heart and will likely move up from the jayvee to be Ozark’s starting center-back next year. But like every player, he can’t deny the reward of a goal as confirmation of hard work.

McComas’ first varsity goal was among the highlights in Ozark’s 6-0 whipping of Willard on Tuesday.

Coach Zack Owens was particularly proud of McComas, a sophomore, after seeing him work on his game during practices and even at his home.

“We live in the same neighborhood and he doesn’t know I saw this, but the other day I saw him working in his front yard on foot skills with cones and a soccer ball,” Owens said. “That’s the kind of training outside of school and club ball that it takes to start honing in on skills to produce at the varsity level. It’s not that the one night of practicing translated into his goal tonight. But doing those things consistently do lead to goals.”

McComas feels the agility drills at home are improving his footwork and touch on the ball.

“That night, I was trying to make my movements with the ball so I can go between defenders faster,” he said. “I was also focusing on finishing to the corners because I’ve missed chances to score by shooting wide or not getting a good first touch.”

McComas’ workout the night Owens saw him actually lasted well into the night.

“We have a pretty big back yard, but I was out in our front yard because it was getting late and I was using the lights on my car to light up the yard,” McComas said.

“I’ve been putting in the effort and having it translate with my speed up top and looking to the corners,” he added. “I rarely score, so it felt good to get one at the varsity level.”

Ozark (15-7-1 overall and 5-3 in the COC) received two goals from Jose Ortega versus Willard and one apiece from Adrian Ortega, Caleb Lepant and Wyatt Trobaugh.

The Tigers endured a stretch in which they lost four of five earlier this month, but now have won three in a row.

Owens feels his players are no longer dwelling on the season-ending collar-bone injury to goalkeeper Trevor Carlton.

“We’ve come to terms with losing (Carlton) for the season,” Owens said. “I haven’t had to deal with a loss like that as a coach and I wasn’t quite sure how it would go. I hoped it would be a little quicker recovery mentally and emotionally, with us being a senior-laden team. But it took us a little longer than I thought it might. These guys are so tight. I didn’t take into consideration how big of a loss it is to them within their brotherhood.

“We’ve learned how to rally behind that and make the necessary adjustments on the field,” he added. “We’ve started playing better defense. Overall, we’re functioning better.”

Owens and the rest of the Class 5 District 5 coaches will converge for a seedings meeting tonight. The District will be held at Carthage.

Owens suspects Ozark could be seeded anywhere from second to fourth. Kickapoo, which owns wins over Ozark, Nixa and Carthage, is the likely No. 1 seed.