Personnel changes for Sparta, but outlook remains the same 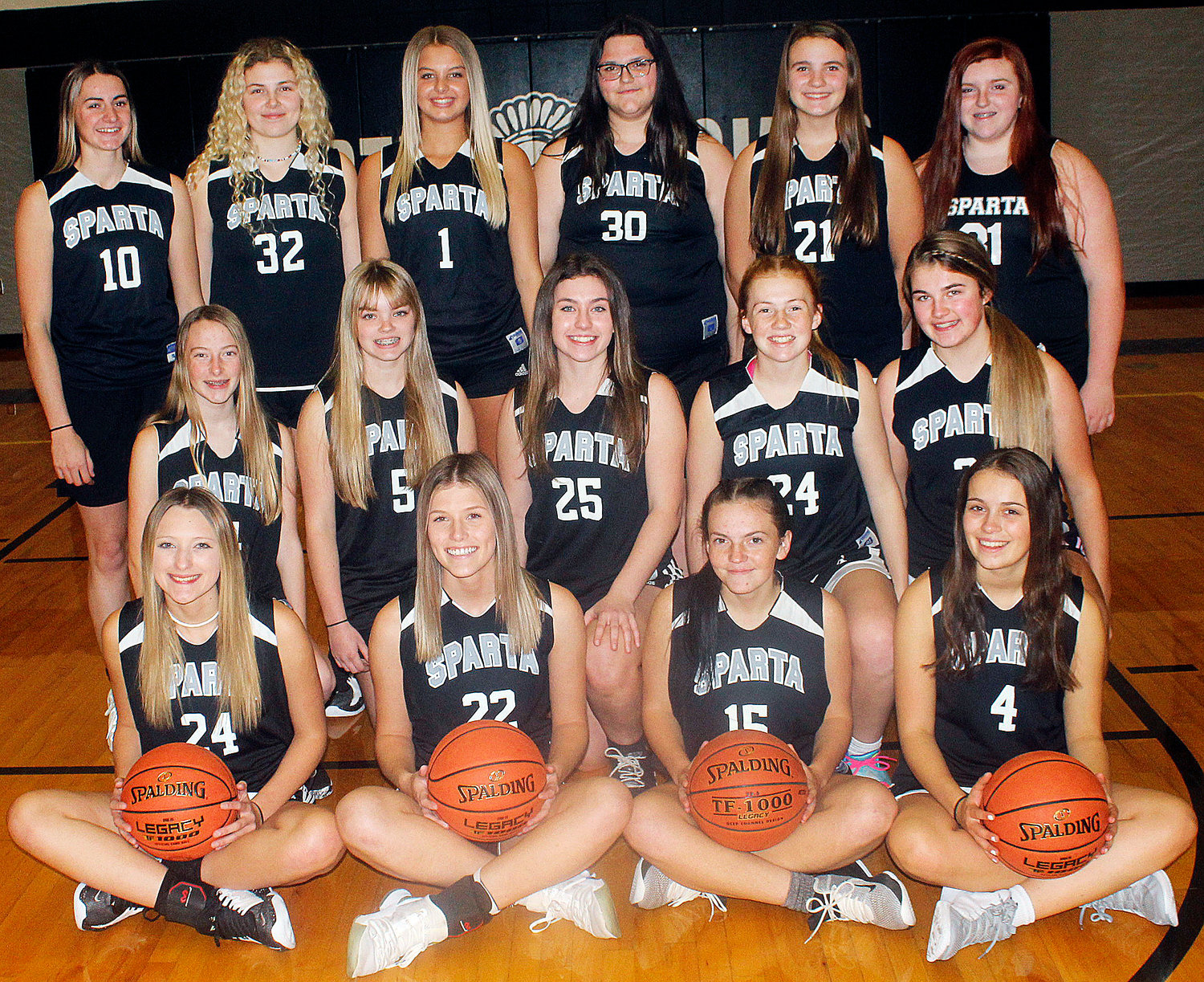 Sparta coach Josh Loveland has been proud how his players have responded to adversity in the form of the loss of two players.

Laney Humble and Natalie Wilks, both two-year starters for the Lady Trojans, are no longer with the program. Humble transferred to Strafford and Wilks isn’t shooting hoops this winter.

“To have the kind of turnover we had, we've come a long ways,” Loveland said. “We have a new lineup and a new look. But I like where we're at. Our practices have gone well. Our culture is extremely good. Our effort and intensity level has been very high. We have put in a lot of work and have to continue to get better.”

Sparta’s spirits no doubt were lifted by the return of senior combo guard Shelby McMurry. She sat out last season, after starting as a freshman and sophomore.

“You wouldn't know she didn't play last year by watching her,” Loveland said. “She's excited to make a statement.”

The Lady Trojans received a scare in October, when two-year starter Megan Brown went down with an ankle injury during volleyball season. But she hasn’t missed a day of practices.

“We originally thought she would be out longer,” Loveland said of Brown, who averaged 10.4 points and 7.4 rebounds a game last season. “Megan is working her way back into it. She's raring to go. I have to hold her back every day. She's not 100 percent, yet. But with her athleticism, 75 percent for her is pretty good. She's going to play limited minutes early in the season and hopefully she continues to progress.”

Holt shot 35 percent from 3-point land as a freshman and a sophomore and averaged 9.4 points a night last season.

Sophomores Mya Fulton, Amree Youngman and Alivia Loveland are players on the rise.

“We've got a trio of sophomores who are going to push for playing time,” Josh Loveland said. “They had moments they helped us last year and now we're looking for their roles to expand. They got a taste of varsity experience and are hungry for more. They're going to have more and more opportunities as the season goes along. I'm super excited for them to show that their hard work is paying off.”

Sparta, which averaged 63 points a game while winning 19 games last season, will strive to remain an up-tempo team.

“We have different personnel, but the athleticism hasn't changed,” Loveland said. “We will still shoot the ball well, get up and down the floor and guard like crazy every night.”

Sparta opened its season with 58-33 win at Diamond. The Lady Trojans stay on the road to play Purdy, Chadwick and Strafford, before opening at home versus Ava on Dec. 13.