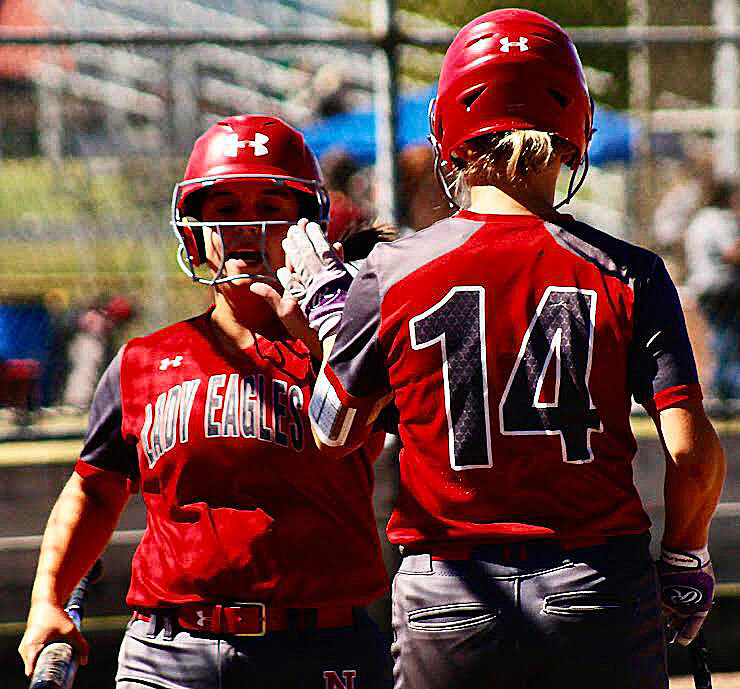 It was a quick countdown for Phoebe Gardner in her quest to become Nixa's career hits record-holder. In her mind, the countdown began at one.

Gardner started this season 22 hits shy of surpassing Morgan Jones' previous mark of 144 hits. The senior shortstop did her best not to keep track of how close she was to getting to the record. Alas, she found out, anyway.

"My Mom and Grandpa had it written down and I told them, 'Do not tell me, I don't want to know at all,'" Gardner said. "But on the way home from (the Liberty Tournament), she told me I only needed one more. I said, 'C'mon Mom, I didn't want you to tell me.' I didn't want to know. I didn't need that in my head."

Gardner got to celebrate her record with a two-hit afternoon versus Willard last week.

She never began her Nixa career with such a record as a goal.

"I never knew I would ever be able to reach such an accomplishment," she said.

Gardner added to her hits total in a big way by enjoying a 12-hit explosion at the Springfield Tournament this past weekend. She enters the final week of the regular season with 158 career hits and is batting .398 this year.

Gardner's consistency stands out. She had 33 hits as a freshman, 40 as a sophomore and 50 as a junior.

"Even when I go a few games without a hit, I try to not let it get to my head and know I'll pull myself out of it," Gardner said. "I can't stress. I try to go up to each at-bat with a new mindset of 0-for-0."

Gardner's focus has been on line drives all along. Even while playing at home with home run-friendly dimensions, she has been mindful not to fall in the trap of swinging for the fences.

"My swing is different than a lot of people who are taller and bigger than me," she said. "I'm kind of compact. I try to keep my swing nice and simple. I don't try to do too much. When you try to do too much, you'll often pop up. I try to go to each at-bat looking to see the middle and top of the ball and try to hit it on a line."

Coach Matt Walker noted Gardner and Meierer are well deserving of their marks.