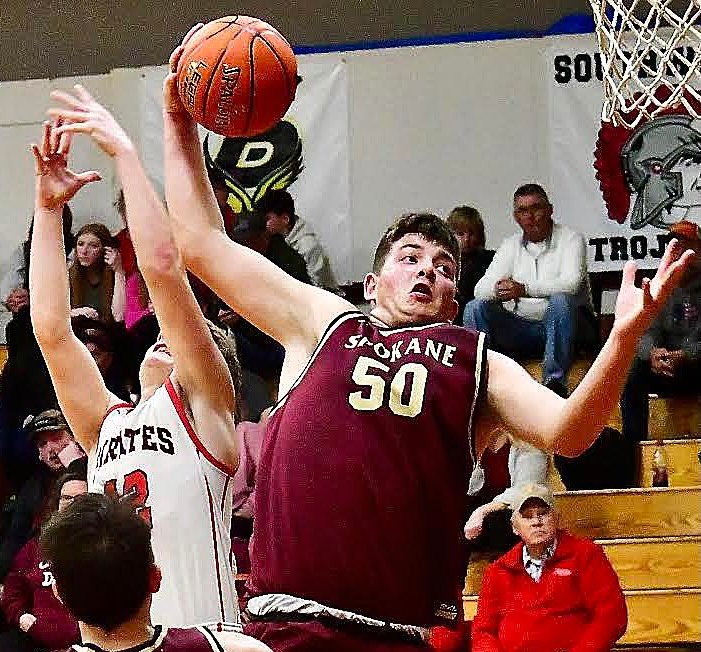 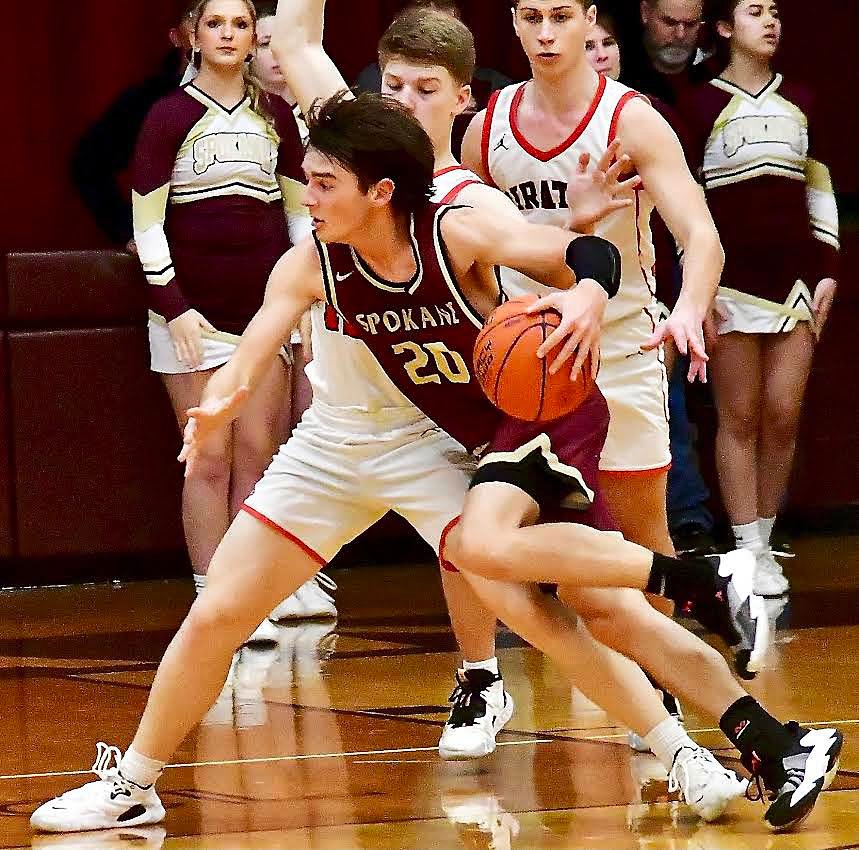 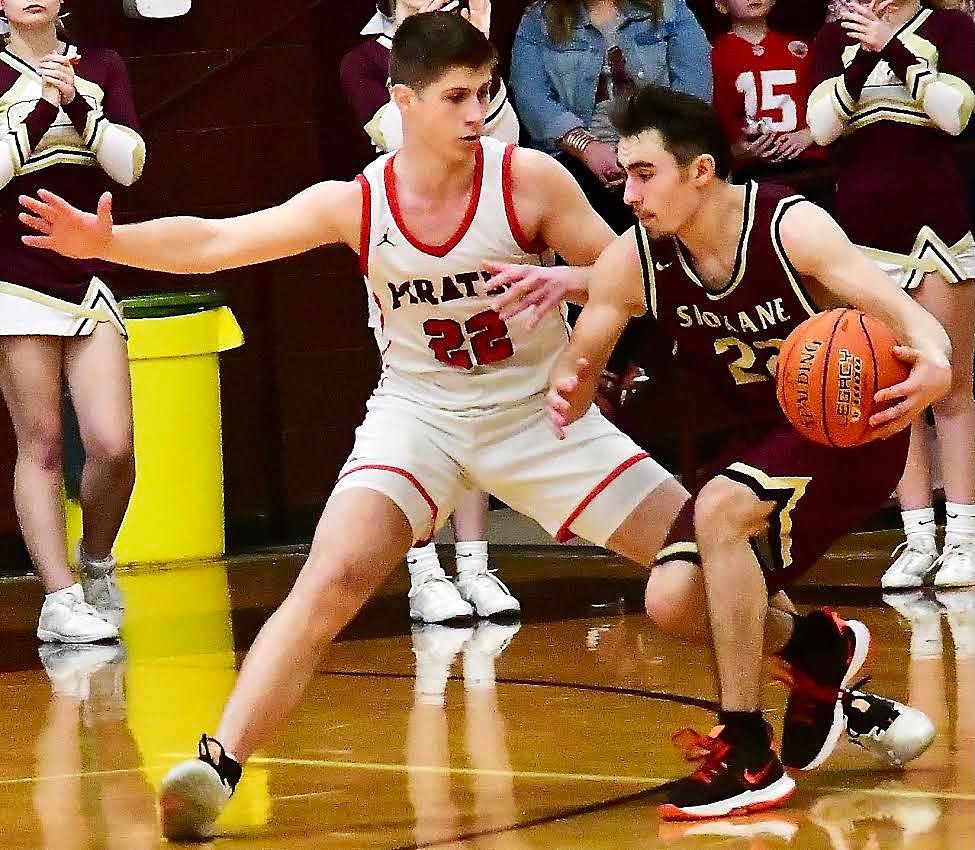 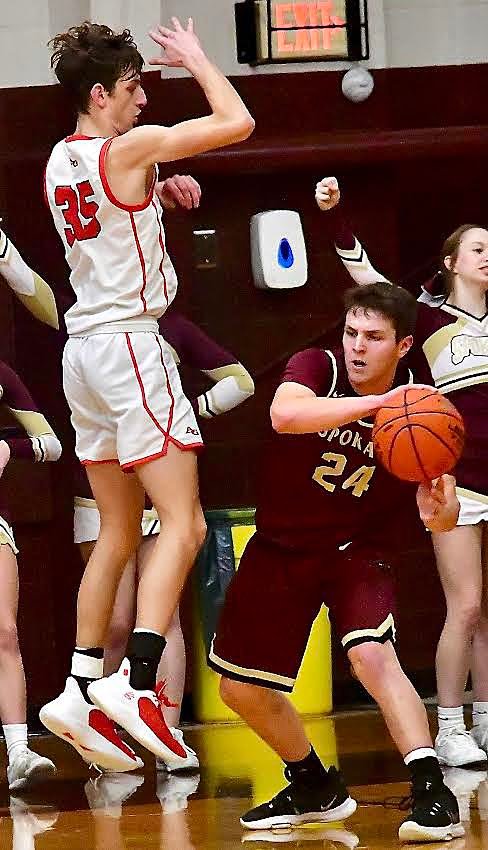 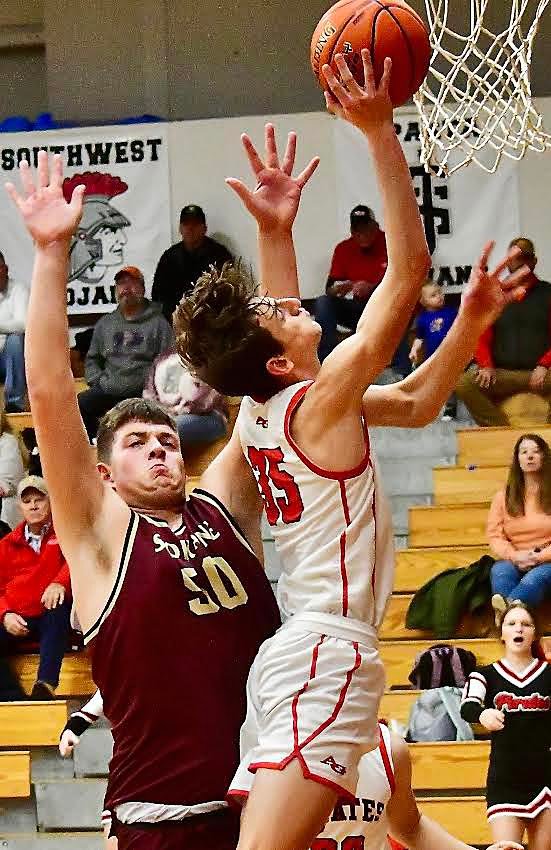 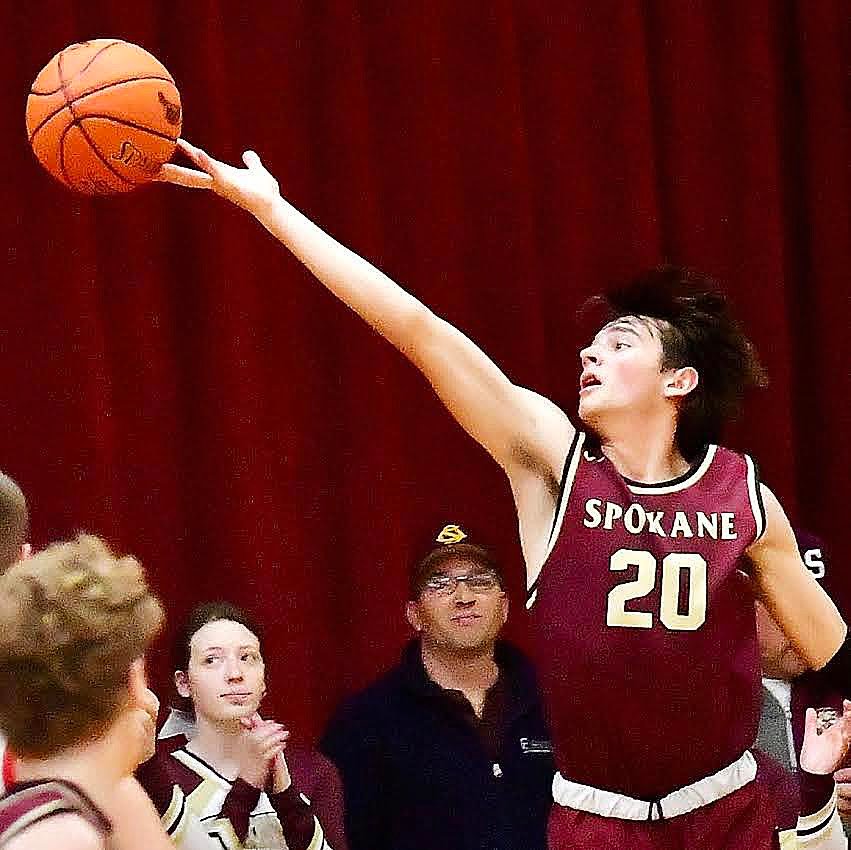 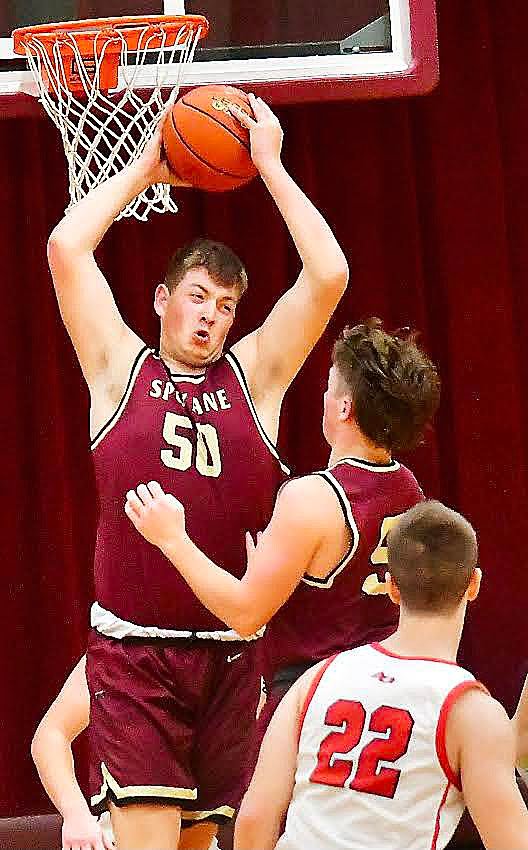 SPOKANE'S JD TATE brings down a board.
PAT DAILEY/HEADLINER NEWS 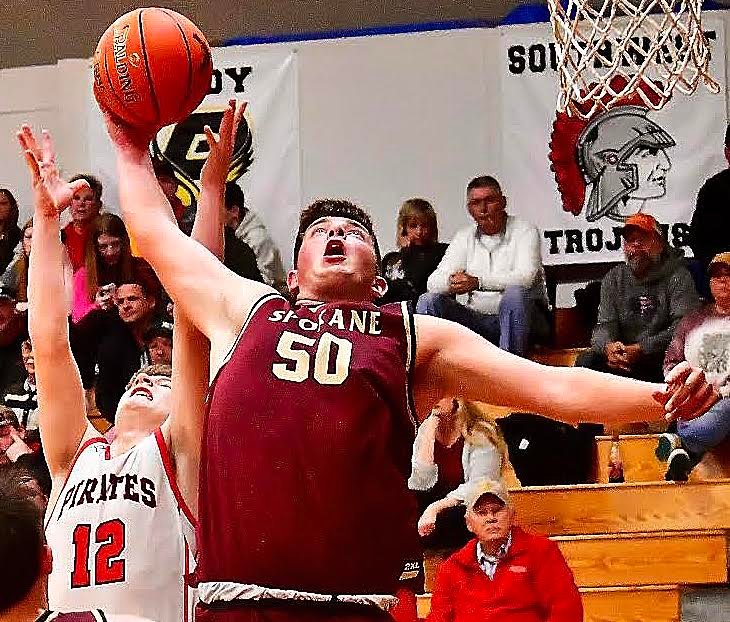 Maybe these scribes, however unoriginal they may be, deserve a break. After all, a recap of the Spokane Tournament championship game Saturday certainly reads like a recap we've seen many times before.

Scoring 17 points, the 6-foot-7 Tate was kept relatively in check by Ash Grove's much shorter, but suffocating post defenders.

"They double-teamed me and played all-out physical basketball," Tate said. "They wouldn't let me get under the basket, where I'm comfortable. They made it tough for me all night. When I would go to the lane, they would basically football-push me forward and get me out of the lane. If I did get position in the lane, that's when I would get sandwiched from front and behind and the sides."

Tate had to go to the perimeter for some of his points and even made a 3-pointer.

Like so many towering centers on so many nights, Tate didn't draw many fouls. He attempted two free throws, while whistled for four fouls himself.

Meanwhile, Nicholson was 7-for-7 at the free-throw line on his way to 22 points. The best player on the floor was also the smartest, as he repeatedly drove to the basket while knowing the slightest contact by a Spokane defender was going to result in a foul.

"He's good at driving, getting those fouls called and going to the free-throw line," Spokane coach Newt Starrett said.

It's with good reason why officials are stereotyped as giving elite guards the "superstar treatment," while allowing almost all centers to be punished.

This game story also must seem monotonous, as the final minutes were an umpteenth example why MSHSAA must institute a shot clock to keep fan interest.

Ash Grove was in the double-bonus a minute into the fourth quarter and finished 15-of-20 from the foul line.

"We fouled so many times that we got in a pretty bad situation at the end of the game," Tate said.

"You're down and trying to be aggressive and trying to force them to make a turnover. When you're doing that, you tend to get up in people more and more fouls can be called," Starrett said. "We were trapping them a lot. But they found somebody who was open."

Spokane's brief comeback bid included forward Wiley Armitage making a pair of 3-pointers and scoring eight of his 11 points in the fourth quarter. But the Owls could get no closer of the lead than six points.

"Wiley hit a number of big shots," Starrett said. "Credit to him for stepping up and hitting shots when he had to."

Starrett took the diplomatic route and credited Ash Grove for playing tight defense without being too aggressive.

"They were giving us fits," Starrett said. "They got in on us just enough to not cause any problems on their part with getting fouls called, but just enough to where we couldn't get a clean shot."

However frustrating and anticlimactic the final minutes might have been for Spokane, the Owls could call it a good week by making it back to their tournament championship game for the third time in the last five years.

Over the years, Spokane has built a reputation for taking as much pride in its own tournament as any area school that hosts a tourney.

"With COVID last year, we didn't have half our team and didn't win a game in this tournament," Tate said. "It feels good to come back and make it to the championship game this year. This week is basically almost like playing for a District championship for us. It's a hard (loss) to swallow."

"It's always good to play for the championship in your own tournament," Starrett said. "It would have been nicer to win it."

Tate and Nicholson were chosen to the All-Tournament Team, with Nicholson named MVP.