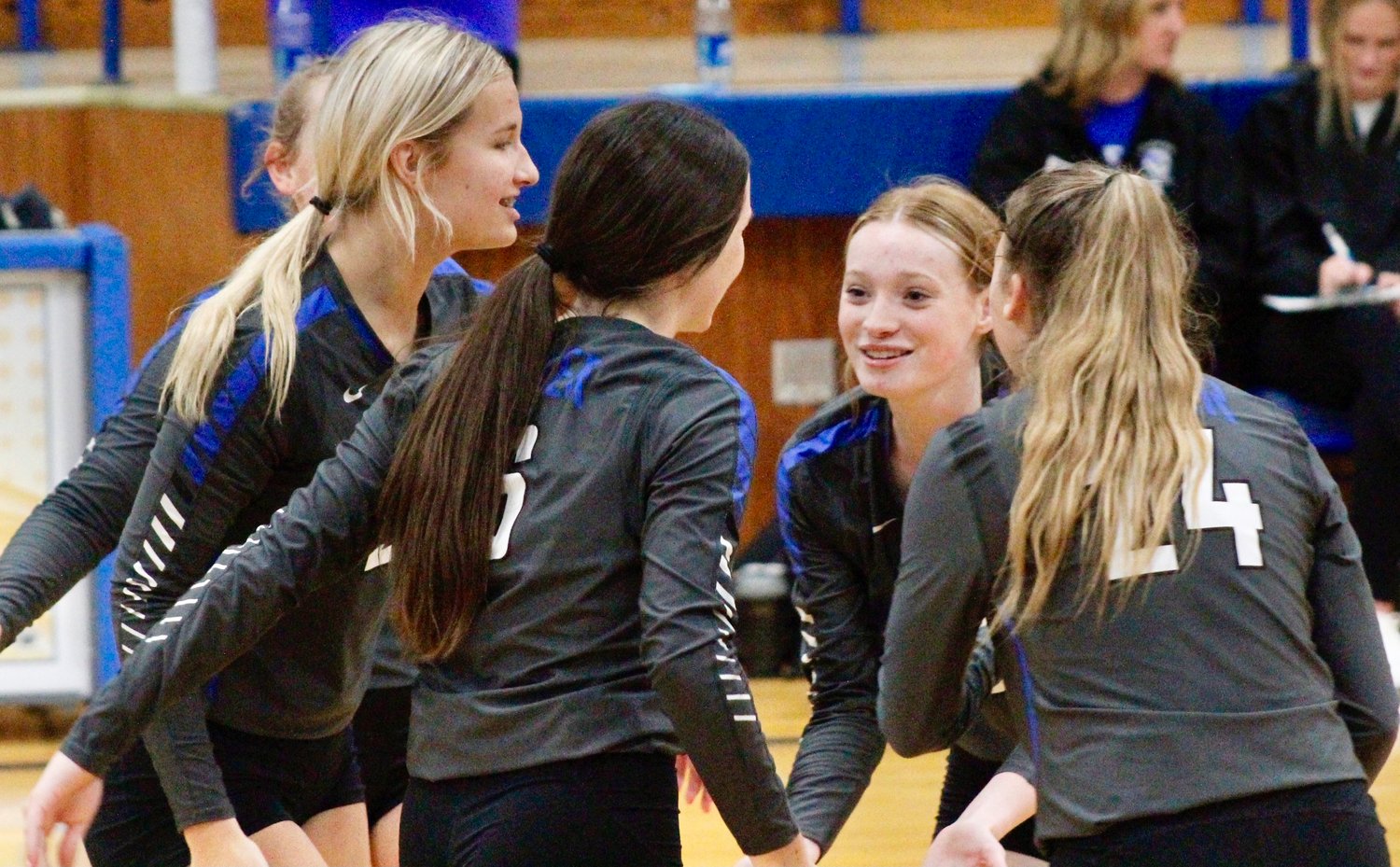 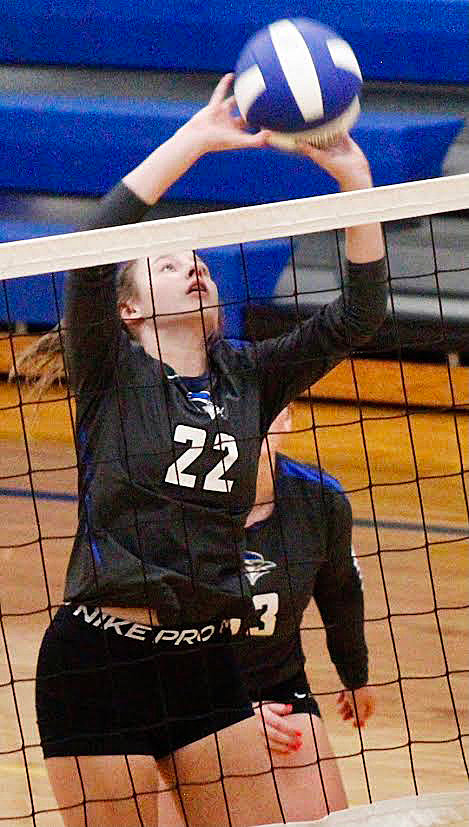 CLEVER'S MACKENZIE CAMP tips the ball over the net in the Lady Jays' win at Billings on Tuesday.
PAT DAILEY/Headliner News 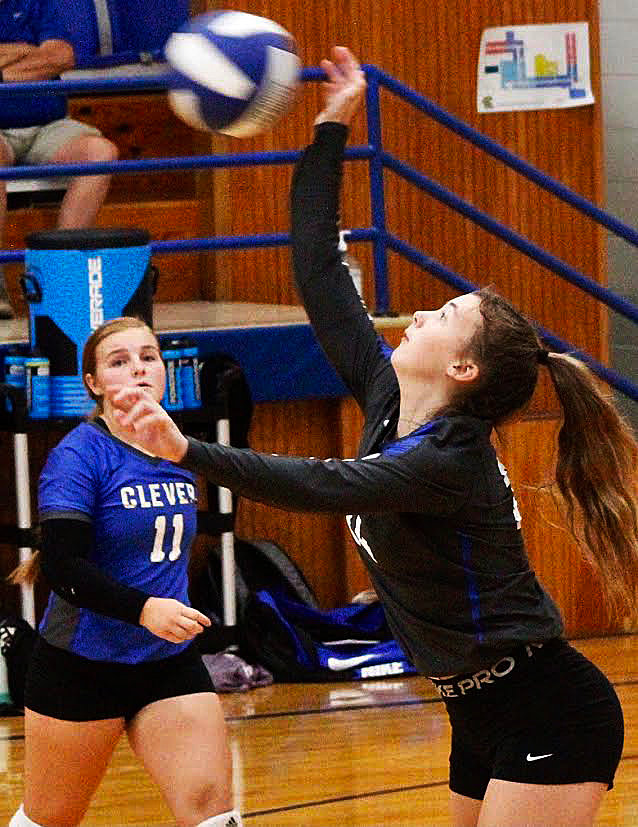 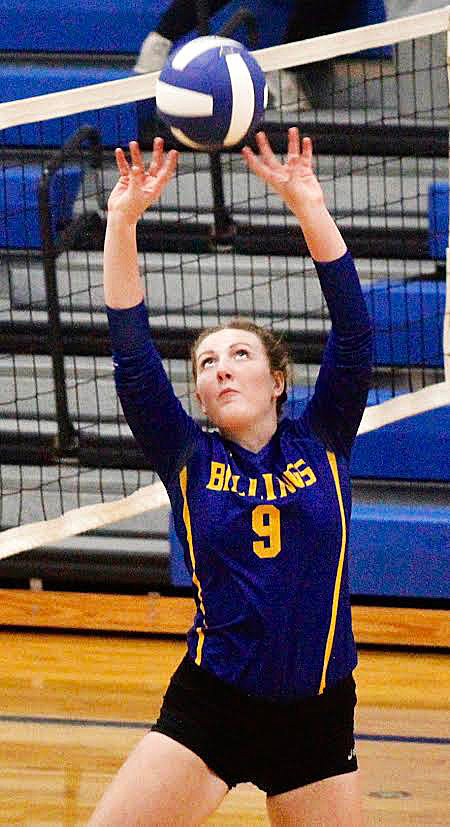 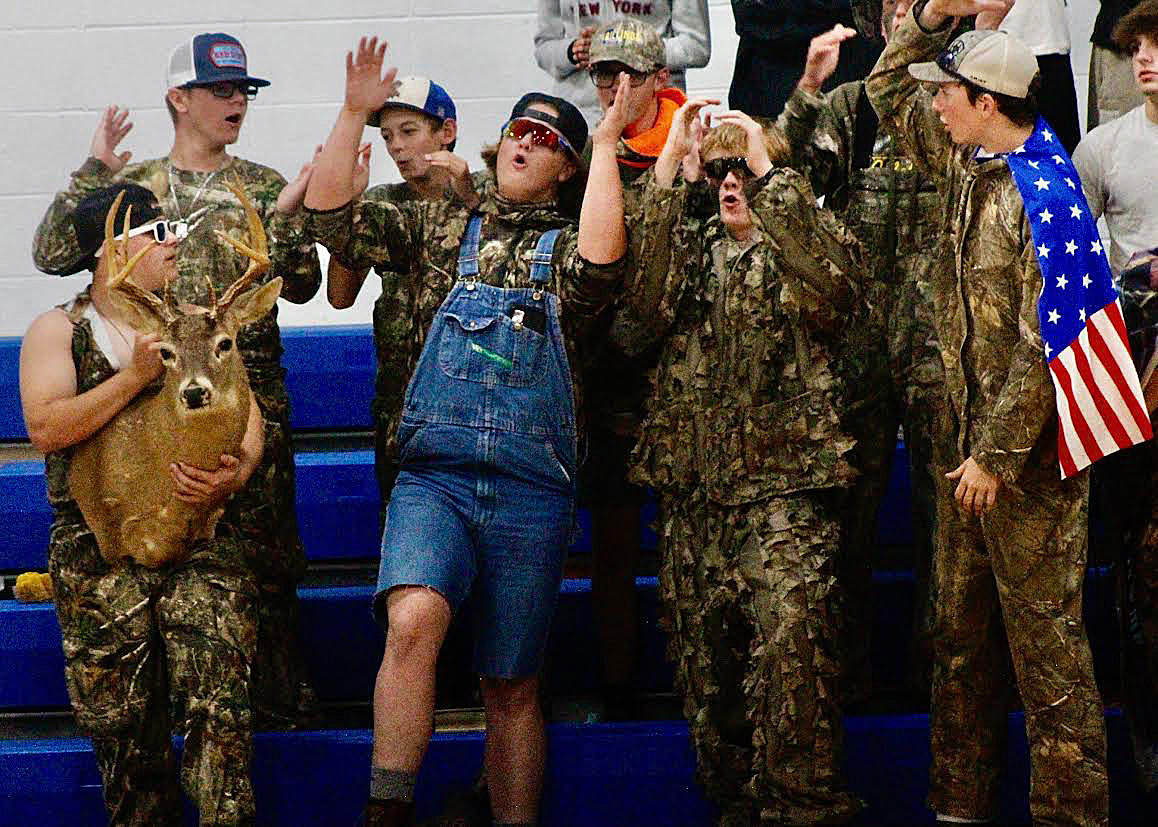 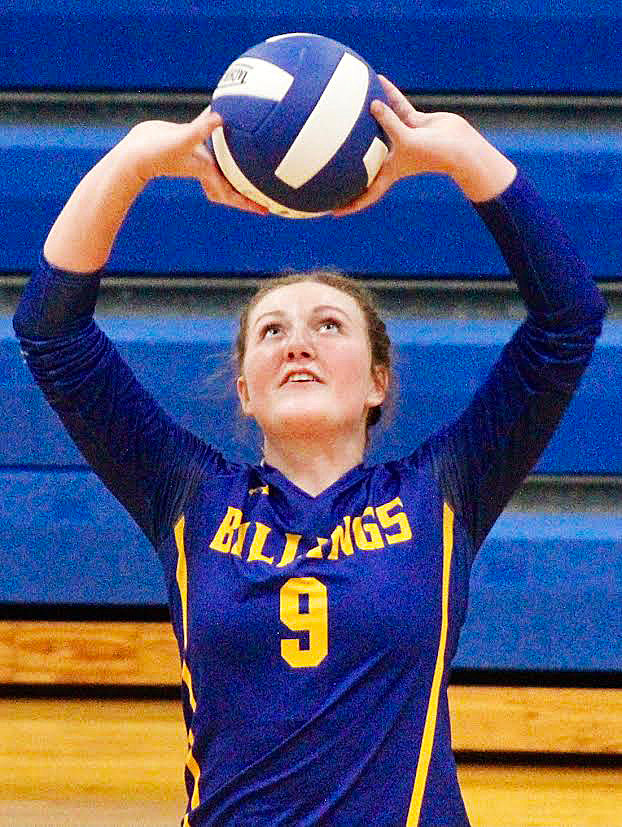 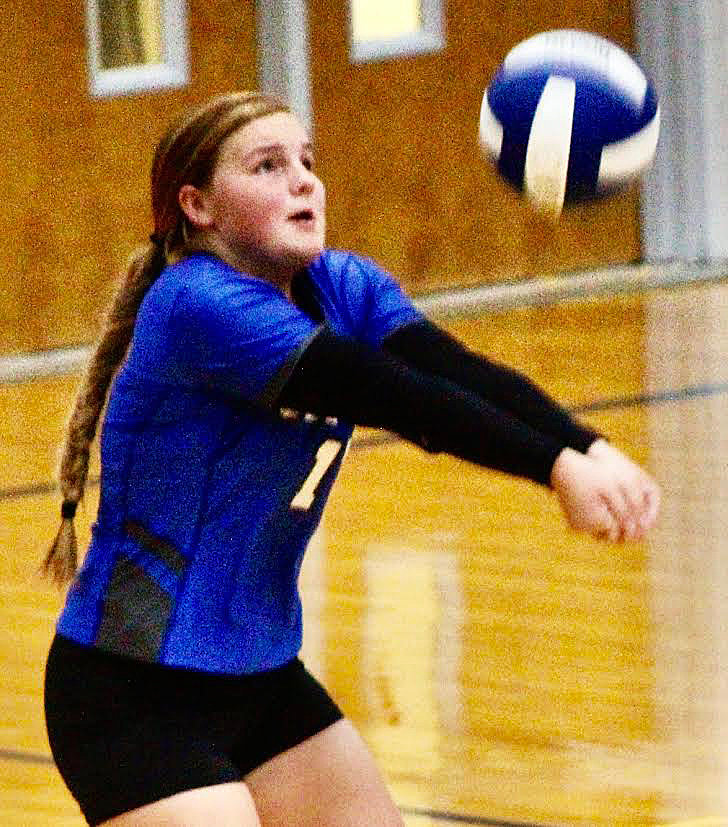 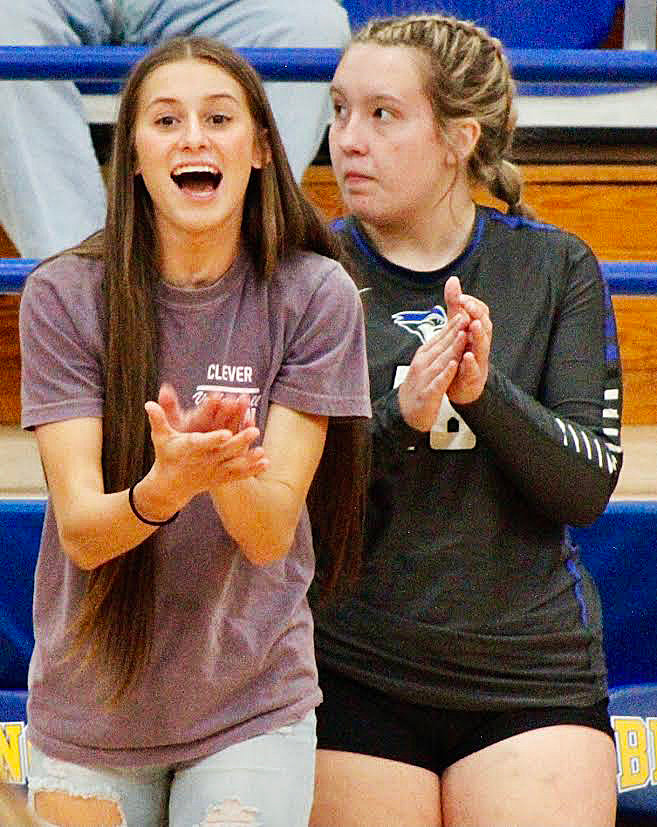 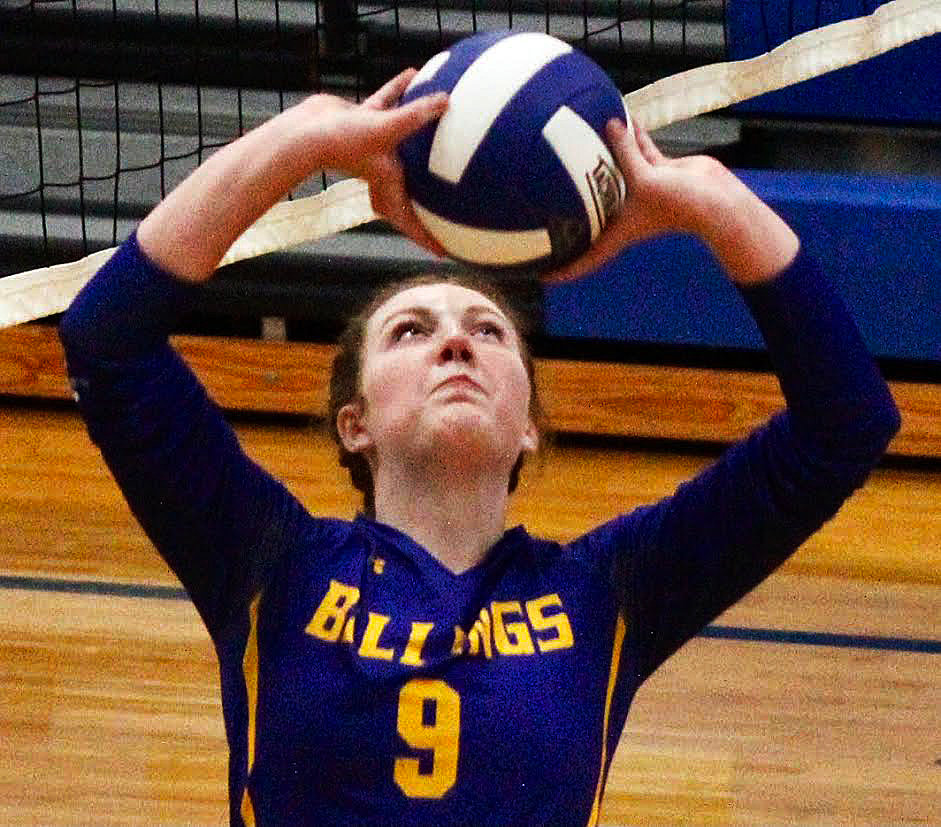 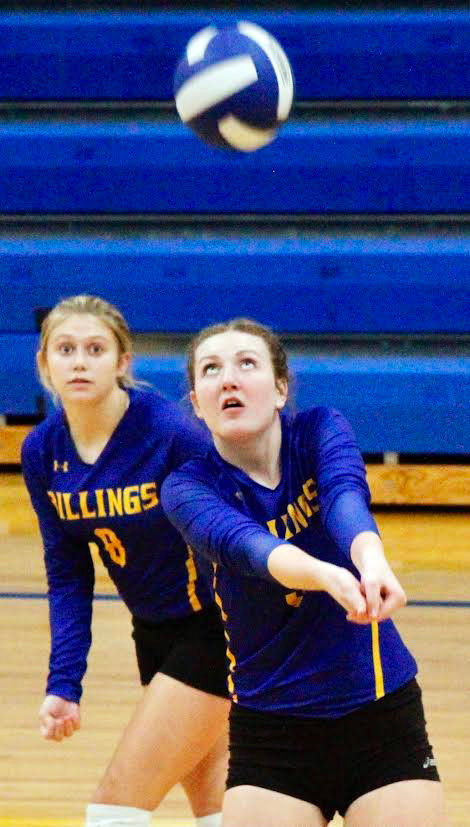 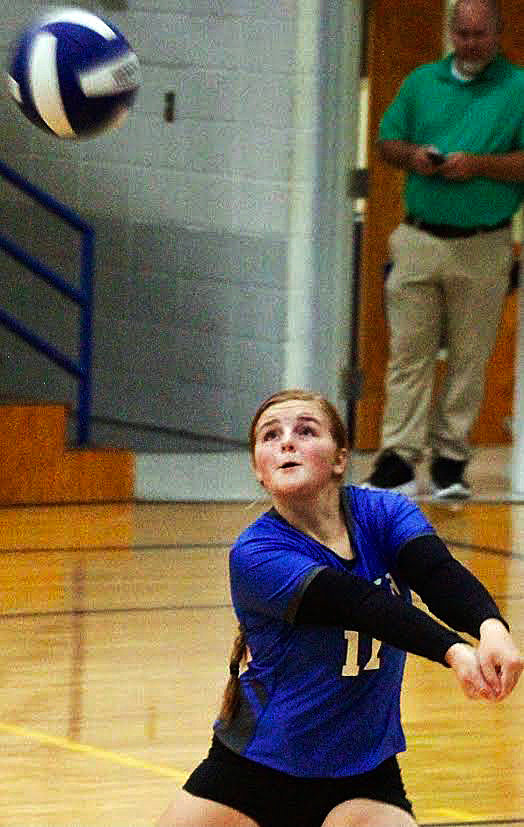 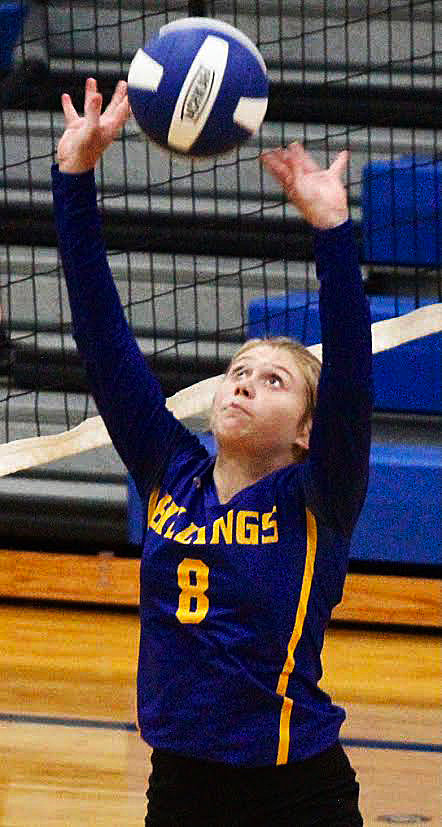 Chandlyr Friend has gone from not necessarily being part of Clever first-year coach Bri Walsh's plans to being a rising star as a sophomore outside hitter for the Lays.

Following up her career-high 12 kills against Springfield Catholic on Monday, Friend posted a half-dozen kills and .500 hitting percentage in Clever's sweep of Billings on Tuesday.

Friend's fortunes have turned dramatically since playing time opened up for her when a teammate couldn't make a summer tournament.

"I told Chandlyr, 'You weren't my first pick coming into this. But after that summer tournament, I can't keep you off the floor,'" Walsh said. "She deserves the credit. She took the opportunity and has never looked back."

Friend has responded as well as any of the Lady Jays to Walsh's arrival at Clever. Initially, though, Friend felt by running track in the spring she wasn't getting to know Walsh as well as most of her teammates.

"I didn't get to come to the off-season (in the spring), so I felt a little off as far as now knowing her," Friend said. "This summer, though, she is such a great leader that it felt like there was a connection super quick. I've grown so much having her as our coach. I'm grateful she gave me an opportunity."

Friend has turned a weakness into a strength by being exceptionally accurate with her hitting.

"My control with the ball was really bad. But coach has worked with us a lot on that," Friend said. "She's good at keeping us confident and is uplifting. But she also knows when to tell us, 'You've got to get your head in gear.' At the beginning of the summer, I made several errors and she told me, 'You've got to take care of the ball.'"

Another sophomore, middle hitter Addie Gilmore, is also transitioning well to Walsh and to her first year of varsity ball. She had five kills against Billings.

Over the weekend at the Forsyth Tournament, Gilmore had matches of 11 kills and nine kills. Clever was runner-up at the tournament.

Gilmore has helped the Lady Jays stay strong at the net after Morgan Bos went down with an ankle injury.

"Without Morgan, Addie has stepped up her offensive role," Walsh said. "Watching her confidence grow as a middle blocker in her first year playing varsity, it's been inspiring to witness."

"It's going very well," Gilmore said. "But it was nerve wracking at first. With a new coach, we wanted to impress her and show that we deserve her as our coach."

Also contributing for Clever at Billings was Rylee King, who had four aces, Abbi Street, who had five kills and Audrey Riley and Lindy Twigg, who both had nine assists.

Bos has been cheering on the Lady Jays from the Clever bench. She is the team's leading returning hitter from a year ago.

"She's trying her best to still be a voice from the bench," Walsh said. "We're hoping to get her back next week for the Strafford Tournament. We will be excited to get her back when she is ready."