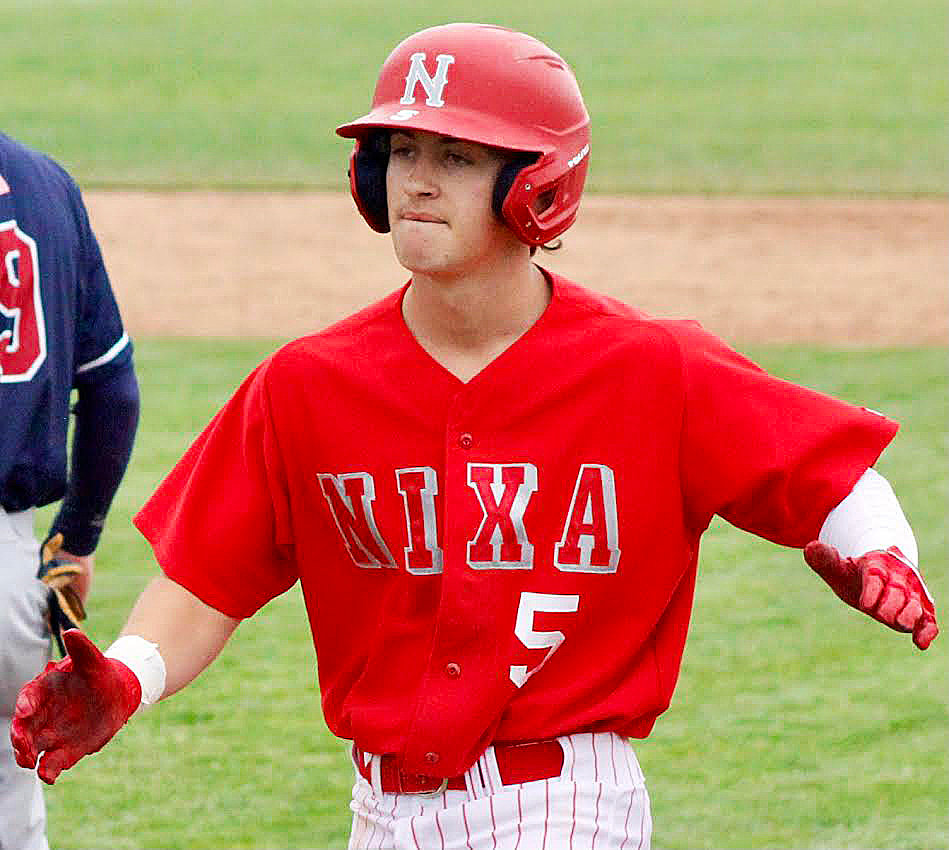 Sam Russo is making another run, er walk, at 20-plus walks.

The Nixa senior right-fielder already holds the program’s single-season record of 28 walks and is on pace to be a 20/20 lead-off man.

Russo has 13 walks through 23 games after helping the Eagles win the Lebanon Tournament this past weekend.

The old Eagles record for walks was 24, so Russo could end up 1-2 in that category.

“Not that I’m trying to go for (his own record), but I wouldn’t be surprised if it happens again,” Russo said.

In the pre-season, Russo noted the strength he had gained over the winter and expressed a desire to put up more extra-base hits. But walks have remained a big part of his arsenal.

“I’m pretty picky. I do see a lot of pitches,” Russo said. “That’s why I’m getting walked a lot.”

“He’s a guy who has good plate discipline,” coach Logan Hughes said. “He knows what he can hit well and what he doesn’t hit well. He takes pitches he can’t hit well and attacks ones that he can.

“A lot of times a guy who walks a lot doesn’t hit well for average,” Hughes added. “But he does both.”

Initially this season, Russo was moved to the two-hole in Nixa’s order and Rylan Michel was tabbed the lead-off man. But they were flip-flopped in the lineup after a couple weeks.

“It happens in baseball, where you struggle a bit and make a switch to change things up,” Hughes said. “We changed it up and started hitting.”

“I felt I was going to find myself in the lead-off spot again at some point,” Russo said. “It’s a good combo (at the top of the lineup) — me, Rylan and Jaret (Nelson). We’re going to hit the ball well no matter where we are.”

In Nixa’s 4-1 COC triumph versus Joplin last week, Russo delivered a one-out single to set up a three-run, game-winning home run by Michel.

With the .390-hitting Russo setting the tone, Nixa (22-1) is averaging more than nine runs a game. The Eagles put up 29 runs in four games at the Lebanon Tournament, posting victories against Fatima, Kirksville, Valle Catholic and Camdenton.

“There a lot of guys who can back me up this season,” Russo said. ‘I’m not afraid that if I get on base I’m going to get stranded because every time I’m on base I’m scoring.”