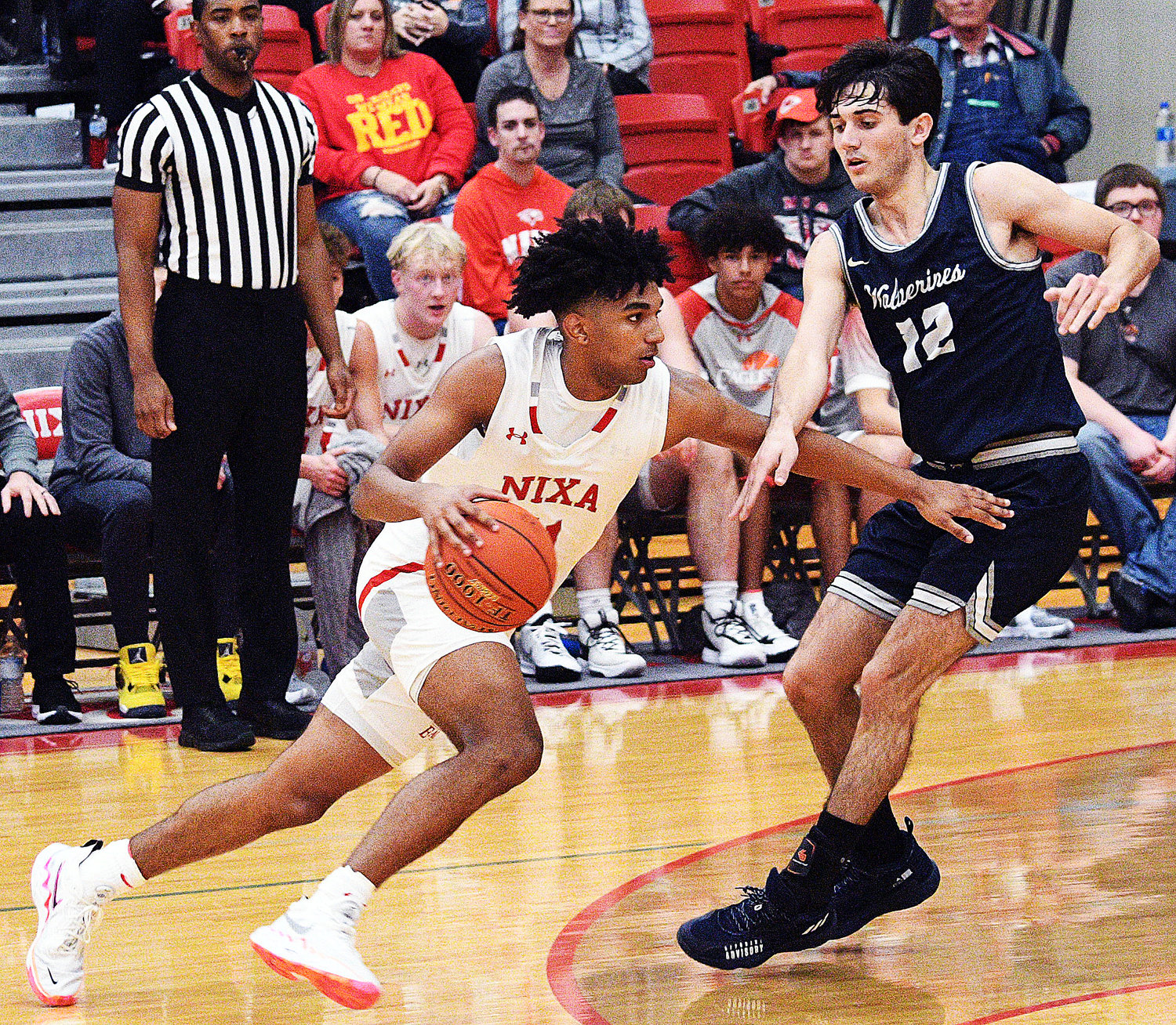 Perhaps one day when Jaret Nelson is in an MLB locker room, he can pass the time during a rain delay by pulling out his phone and showing his teammates a video of a certain dunk of his from way back in December of 2021.

“Hey, I used to hoop a little bit back in the day,” Nelson said, while happily obliging with a one-liner during a starry glimpse into his crystal ball.

Nelson will certainly be able to show he had some hops as a teen. The prized catching prospect who doubles as a power forward sent Nixa fans home absolutely delighted with an alley-oop dunk to put a capper on the Eagles’ 67-63 season-opening win over Bentonville West on Friday.

With Nixa leading 63-60 and :55 to play, Nelson caught a pass from Kael Combs with his arms fully extended above his head at the bottom, right corner of the backboard and proceeded to soar to the rim for a memorable slam.

Jaws dropped everywhere, including his own.

“I’ll be honest, I didn’t know I could dunk like that,” Nelson said. “But we found out I could tonight. Maybe a little adrenaline helped.”

“I knew he could finish and I knew he would dunk it, with the adrenaline rushing,” Combs said.

As Nelson trotted downcourt following his dunk, he soaked in the moment by staring intently at the crazed reaction of his buddies in Nixa’s student section.

“I was looking at my boys in the front row getting hyped, I loved it,” Nelson said. “From my point of view, it’s special when I’m cheering them on when they’re on the football field. So, I hope this feels the same way for them.”

Nelson’s dunk was set up by a wild sequence in which West forced a Nixa turnover, but promptly gave the ball right back to the Eagles. Colin Ruffin converted his steal into a pass downcourt to Combs, who then found Nelson.

“I thought Kael was going to take his kid to the basket, but then he lobbed the ball to me,” Nelson said.

Combs took his defender to the hoop more often than not. He was the difference-maker and a great go-to option while scoring 21 of his 23 points over the final three quarters.

The Eagles essentially at times cleared the court for Combs to go one-on-one.

“I think my teammates saw I was getting to the basket, so they kind of opened it up and let me go to work,” he said. “It wasn’t designed, it was just that I was hot and scoring at will.”

“If Kael really wanted to, he could score any time he wants to, I really believe that,” Nelson said.

Combs. who still is only a junior, indeed is in his element with the ball in his hands in open space.

“I want to attack first and if someone is open, pitch it out. But I’m looking to attack first,” he said. “I try to keep a clear mind and let my game do the work. Everything is instincts. If (the defender) plays me flat, I’ll go to my strong side. If they play me one up, I’ll attack the top foot. I always have a counter move to go to.”

West spotted the Eagles an 18-9 lead, but caught Nixa by netting 10 3-pointers.

“They’re a really good team and it was a high-intensity game,” Combs said. “They had played six games, so they were warmed up. This shows where our team is at and that we’re going to hustle.”

“We’ve got to keep our ‘bigs’ out of foul trouble,” he added.

Nelson and center Colton Berry were mired in foul trouble, before both scored four points in the fourth quarter.