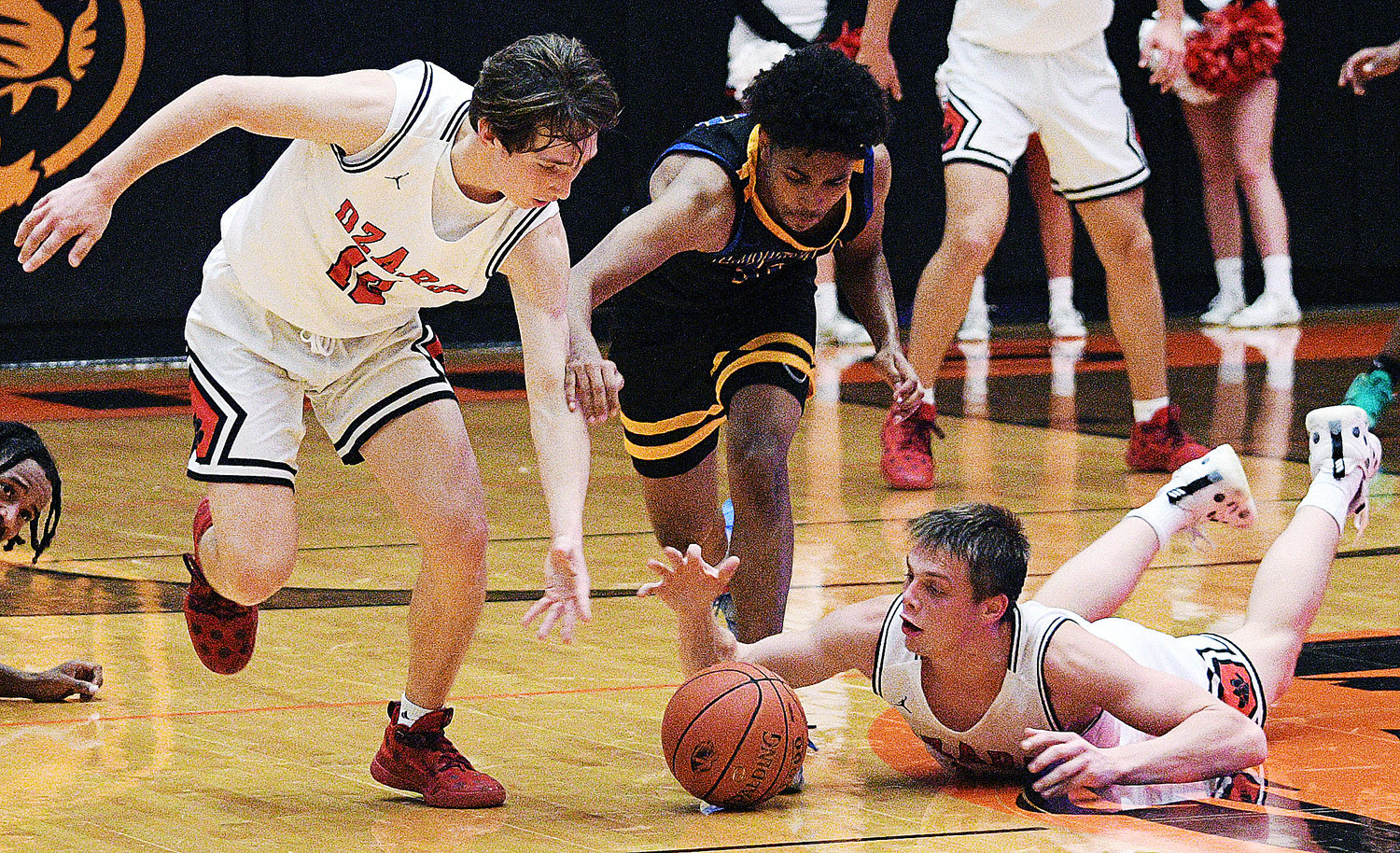 REPUBLIC — Colton Ballard is being rewarded for the response he had to receiving limited minutes last season.

With his work ethic never wavering, Ballard is getting all the minutes he could ask for this time around. He fulfilled the rapidly-growing confidence Ozark coach Mark Schweitzer has in him by producing a career-high 15 points in the Tigers’ 62-47 win over Lincoln Prep at the Republic Tournament on Thursday.

“Colton was in competition last year with some senior guards and I didn’t give him the nod as much as he would have liked,” Schweitzer said. “A lot of kids would duck their head and think I had it in for them. Every bit of success he has is a true testament to him getting mentally tougher, sticking in there and working in the off-season. He’s geared up for his senior year. He’s proving he can play and he’s here to stay.”

“At first, I didn’t like it that much,” Ballard said of being a seldom-used backup last season. “But we were a guard-heavy team. I kept working, kept taking everything (the coaches) gave me and made it a positive to try to grow my game.”

Ballard was on the floor for the entire fourth quarter Thursday.

“That shows my confidence in him is growing and hopefully that grows his confidence,” Schweitzer said. “He has no reason to doubt himself.”

“It means a lot to me that he has trust in me,” Ballard said.

Ballard started strong and finished well. He hit a pair of 3-pointers in the first quarter and added a three-point play and two free throws in the fourth quarter.

The three-point play came after Ozark’s Ethan Whatley was whistled for his fourth foul with 5:04 to play and Lincoln cut the Tigers’ lead to seven points. Ballard didn’t hesitate on his way to finishing over a Lincoln defender on a fast break.

“When I caught the ball, I thought I saw a trailer. But there wasn’t a trailer,” Ballard said. “I saw (the defender) was backed off a bit and was giving me a lane, so I attacked. He tried to take a charge and I finished the best I could.”

“Colton has gotten so much better,” swingman Tyler Harmon said. “He’s going to be a great asset.”

Ballard, Hamon and Kannon Little combined to go 7-for-7 at the free-throw line in the fourth quarter.

Whatley’s foul trouble factored in him not scoring over the final eight minutes, after he had 19 points through three quarters.

“We rebounded well from all positions, I think it helped win the game,” Schweitzer said. “We’re sneaky in terms of athleticism. We may not look all that athletic. But we’ve got some kids who can jump, we have some length and my kids play hard.”

“We’re under-sized. We don’t have a 6-foot-10 guy who is going to average 20 rebounds. So, we all have to box out and crash,” Harmon said. “(Coaches) are preaching in practices for us to find a body and box out. If we get rebounds, we’re going to be off to the races. We’re a scrappy team. We play for each other and we’ll die for each other.”

Ozark will meet Park Hill South in a semifinal at 7 tonight.