Brower to show off strength at Iron Eagle Day Of Champions 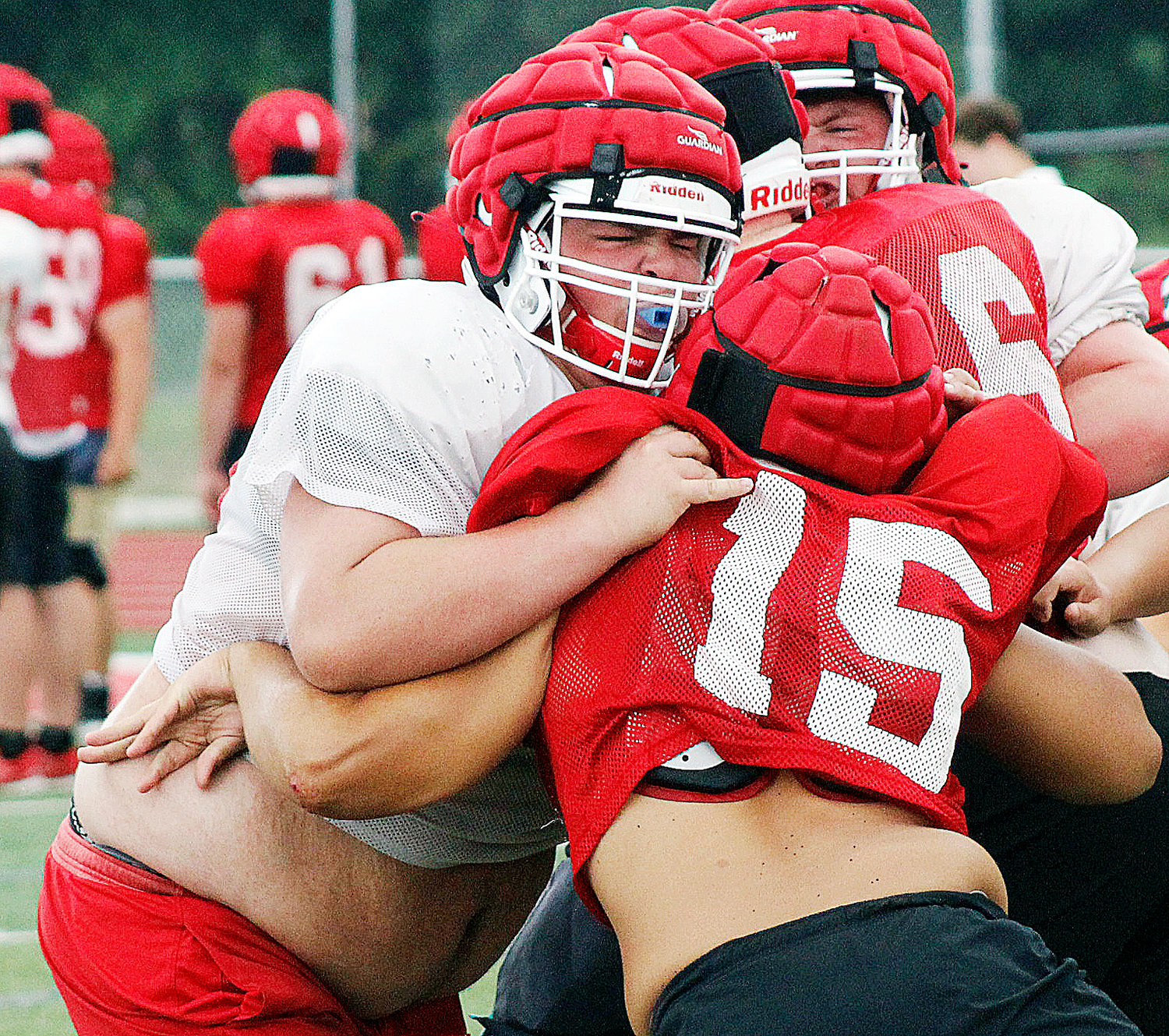 Sam Brower will be alongside his Nixa teammates at the Iron Eagle Day Of Champions at Eagle Stadium on Saturday. But one day he could be competing in an event such as the Missouri Strongest Man competition that will also be held at Eagle Stadium.

Brower, a senior offensive lineman, will be looking to improve on what already are exceptional maxes of 600 pounds in the deadlift and 530 in the squat.

The arrival of coach John Perry a year ago has helped bring out the best in Brower.

“My spirits have been lifted by coach Perry,” Brower said. “He has given me the mentality to try to be great, to be the guy to fill the right tackle spot. He has lifted me so much.”

Perry predicts Brower will make the same kind of leaps on the gridiron that he has made in the weightroom.

“Sam is our man,” Perry said. “He's phenomenally strong and is a ton better athlete than he was at this time last year. He runs better and moves better. He was really good last year. I can't wait to see how he's going to be this year.”

Brower agrees he’s moving much better, with the hope being he can explosive blocker not only at the line of scrimmage but at the second level of opposing defenses, as well.

“My body composition has changed a lot,” Brower said. “I’m sitting on a little less weight than last year, but have a lot more muscle on me. I'm not getting as tired and I'm faster.”

“You got a big boy there who can move,” running back Ramone Green said. “Don't let his size deceive you. For someone really strong to be able to move like Sam does, whenever I get behind him it's always a good run.”

“Sam’s the heartbeat,” Perry said. “When you want to find out where the ball is being run, it's going to be close to him.”

The Iron Eagle Day Of Champions will get under way at 9 a.m. The Eagles will lift for maxes in the squat, bench press, clean and deadlift.