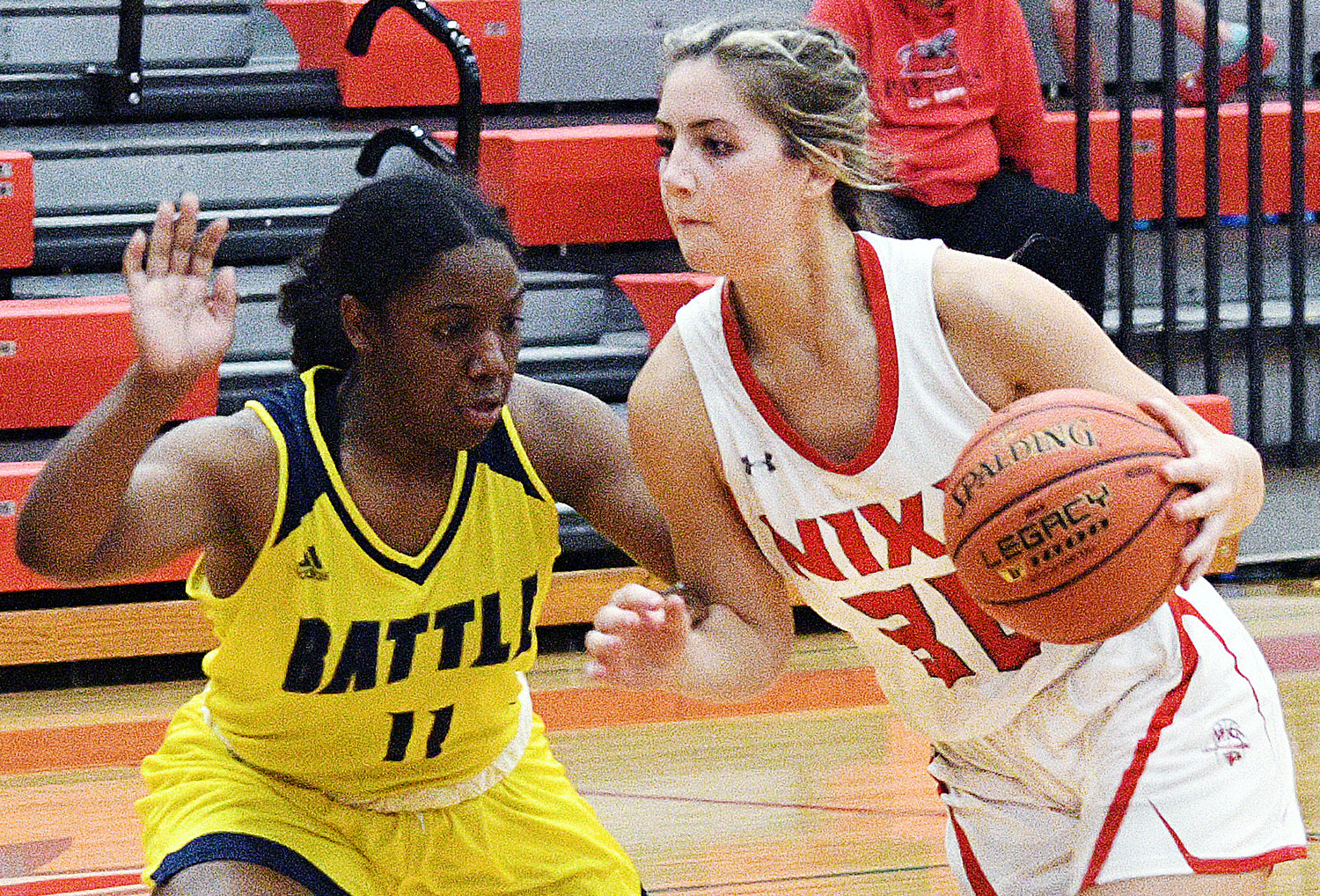 Macie Conway was feeling a bit bittersweet while thinking beforehand about her final season-opening game as a prep Thursday.

“It’s kind of sad, but I’m excited. This is a great team to end with,” she said.

Come game-time, Conway was her usual ultra-composed self on her way to a 25-point effort in Nixa’s 69-46 triumph over Columbia Battle.

Whether she’s rolling while on a hot streak or mired in a rare slump, it’s been by design Conway rarely shows emotions over a course of a game.

“In basketball, you need to have a short memory,” she added. “Let it go and go on to the next play, always.”

“My basketball up-bringing is from him,” she said. “That’s where my basketball roots came from. He’s pretty much taught me everything I know.”

It fits Conway’s personality be to cool, calm and collected. Even in her younger days, she was never one to throw a temper tantrum.

“I was more expressive about (officiating) calls, like you are when you are younger,” she said. “The older I’ve gotten, the more I control my emotions. But I’ve never been super emotional. I’m pretty monotone.”

Likewise, Nixa was consistent in its play and enjoyed a comfortable lead versus Battle throughout the night.

Backing up Conway were Norah Clark with 14 points and Ali Kamies with 13.

“We have some things to clean up,” Conway said. “But we have all the talent. We can go as far as we want to go, if we don’t get in the way of ourselves.”