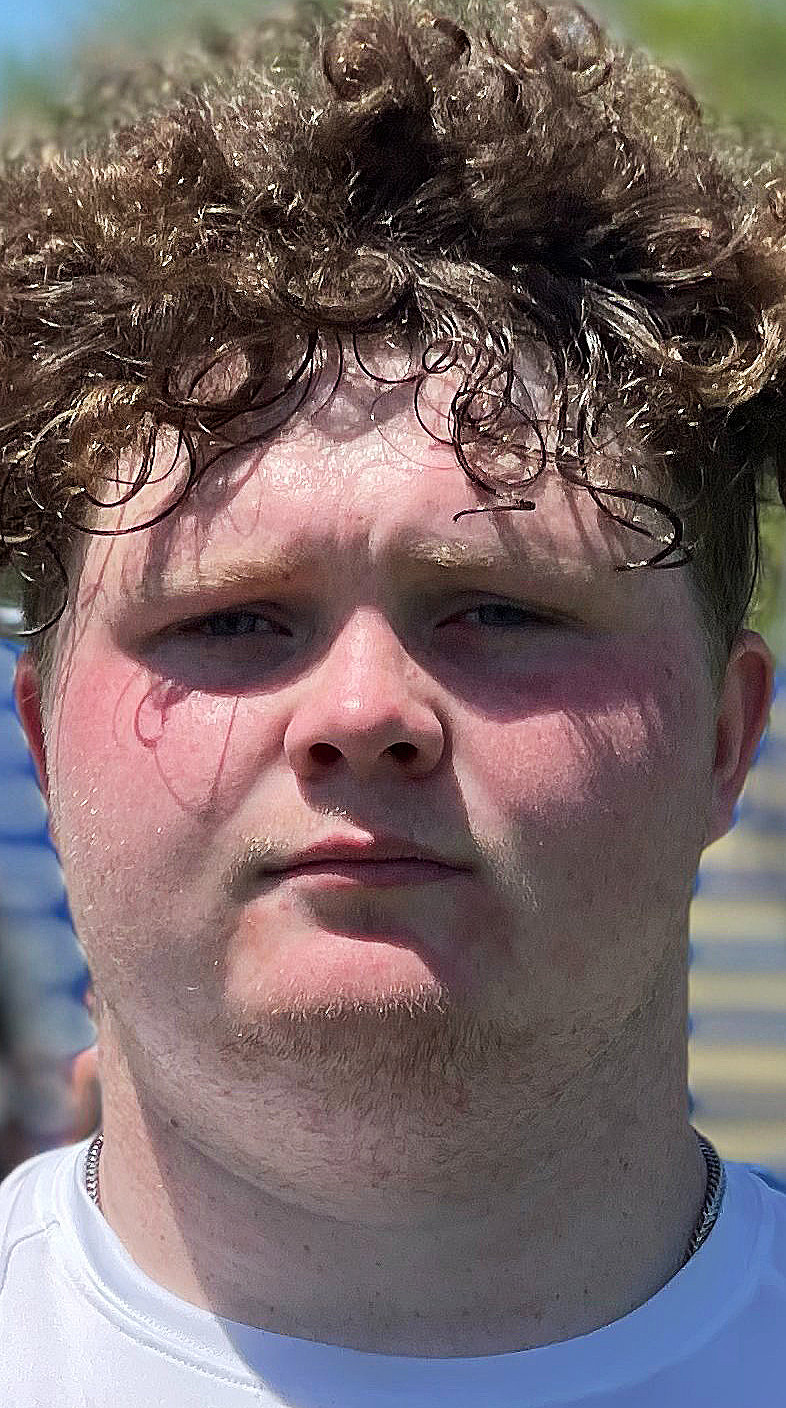 The best example of Landon Carson learning his lessons well played out at the Eastern Oklahoma Offensive Linemen and Defensive Linemen Camp earlier this summer.

During the one-on-one drive-block competition, the linemen would try to cross a mid-line and drive their opponent back the furthest.

“I was on ‘Cloud Nine’ the rest of the day,” Carson said of his response to winning. “It was a big step for me, as well as Nixa. “It was a really cool experience. It felt like we were getting more attention and recognition.”

It wasn’t too long ago he was consistently getting pushed around during Eagles practices.

“Until coach (John) Perry got here, I was the kid who always thought size would bring me to the top,” Carson said. “I got to high school and it was a culture shock. I was tripping over myself and getting knocked back.”

Carson and his cohorts along the offensive line are brimming with confidence during summer camp due to the improvement in their footwork as much as anything else.

The returning offensive linemen think this group will prove just as effective, if not more so.

“I think this is the best line we’ve had,” center Garrett Davidson said. “Even after losing those guys. We’re not as big as last year. But we are definitely better with our footwork and technique and overall. We’ve done a lot of off-season to get better, mainly with our footwork.”

Both Carson and Davidson can recall their previous struggles in footwork and agility drills.

“Two years ago, it was terrible. There were a couple times I remember face-planting into the ground,” Davidson said of his footwork. “Now, I’m a lot better. But I still have a lot of work to do. Footwork matters more than being big. if you can’t touch the guy, being big doesn’t matter.”

“I grew up being the big kid and always needing nothing but size,” he said. “But with the competition we have in our league, size doesn’t matter. Size means about one-eighth of what you do. Technique means about half of what you can. Footwork and technique are the top two.”

Like Davidson, Carson is optimistic the Eagles’ offensive line will be be one of the team’s top strengths.

“We lost two key components, but we have filled their shoes well,” Carson said. “We’re sound on our assignments. This year is going to be something to watch.”