Eagles' Engelman glad to be back for NIT, after concussion kept him from playing in TOC 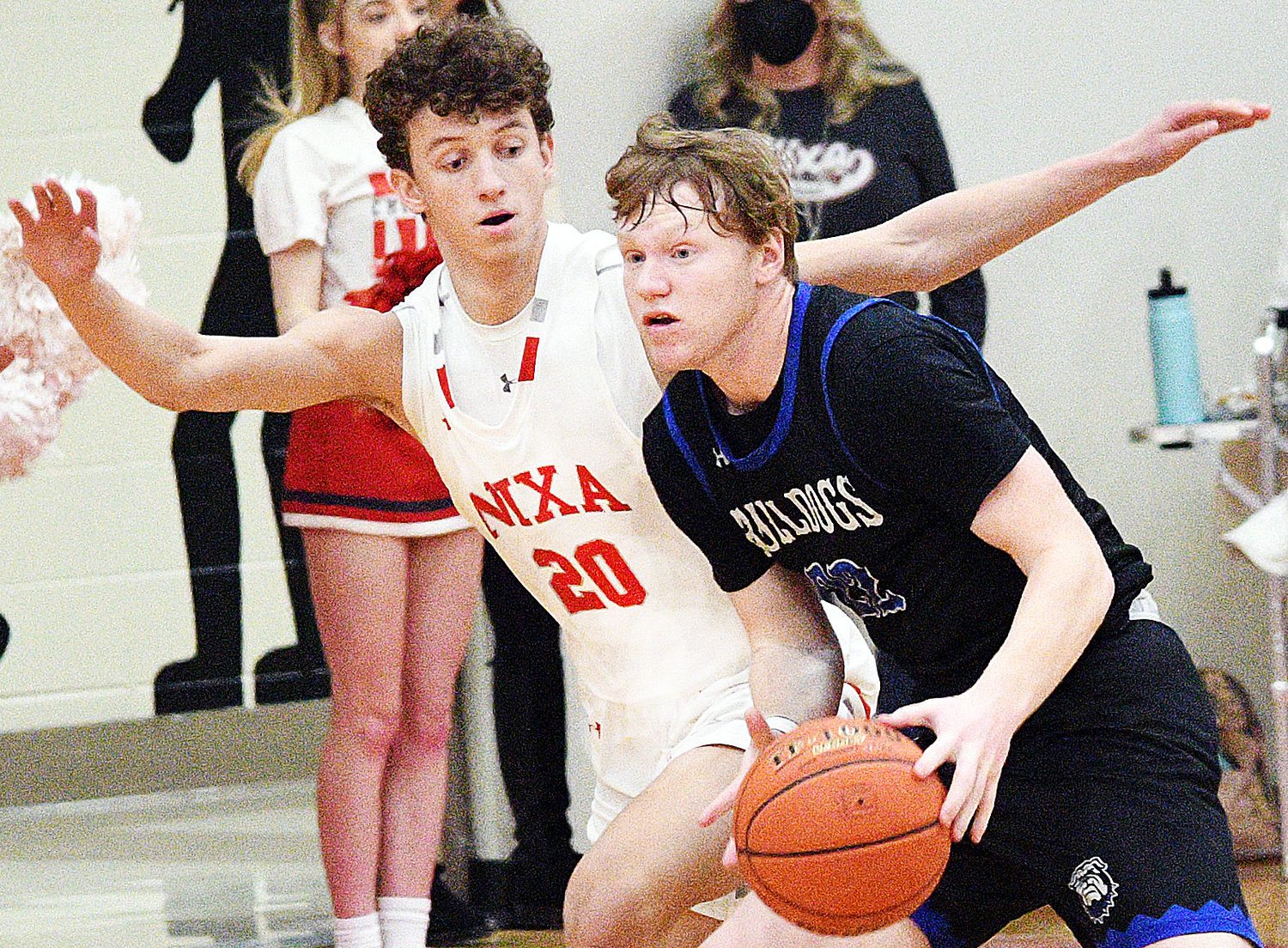 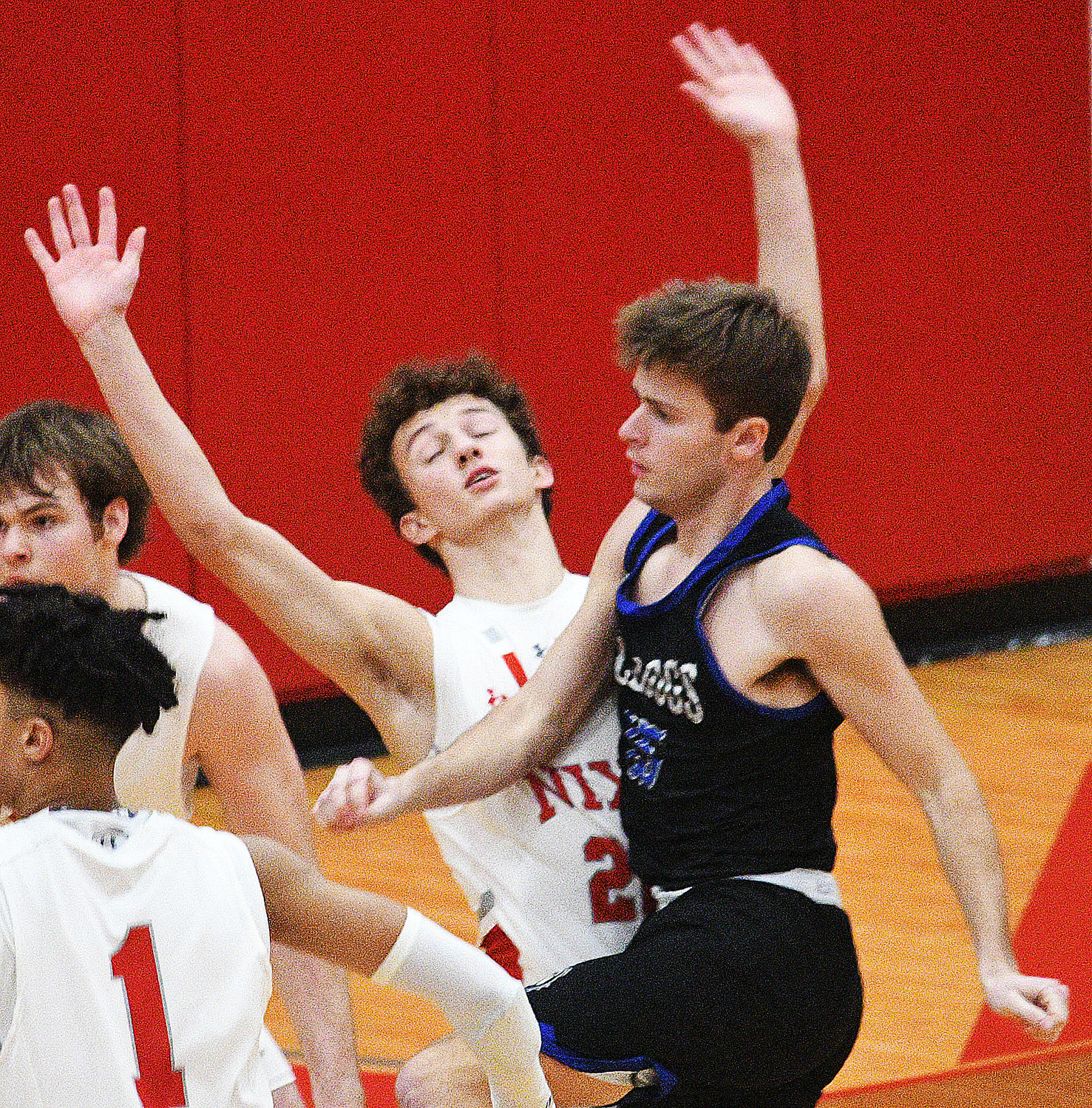 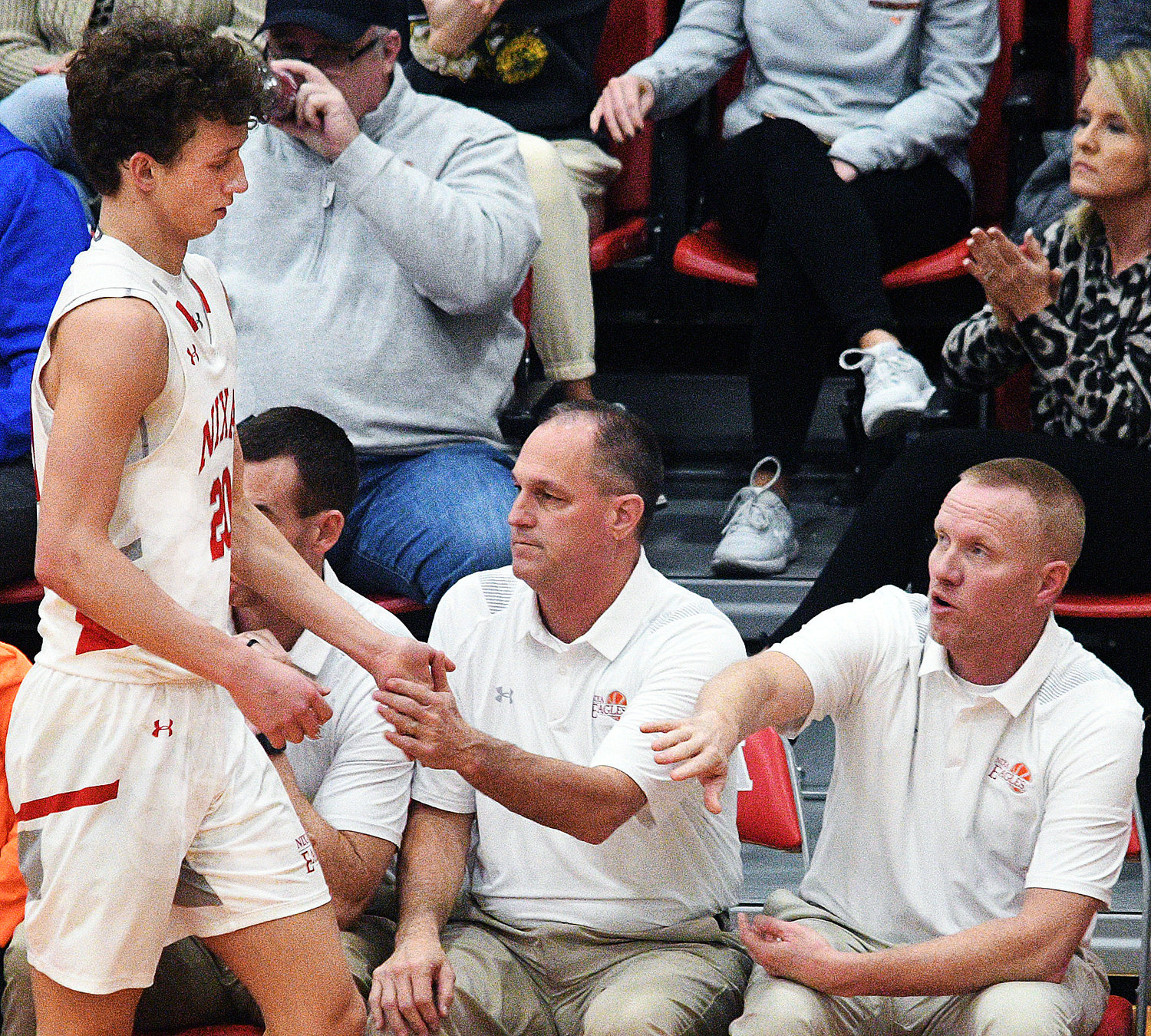 Noah Engelman has made a habit of putting himself in position defensively to have opponents charge into him. But he’d dearly love to not have another foe fall onto him.

Engelman returned in time for Nixa’s win against Kickapoo last week, after missing four games over two weeks due to a concussion. The Eagles junior forward was concussed upon having a Carthage player crash onto him in a Nixa win at Carthage on Jan. 4.

“I had a breakaway layup and a kid fell on top of me and I slammed my head against the floor,” Engelman said. “I couldn’t play the rest of the game. I was dizzy with a headache. I could remember some of it, but it wasn’t until after I watched film (of the game) that I figured out exactly what happened.”

He was down and out for the better part of three days and nights.

“I stayed in the dark and slept the entire time,” Engelman said. “I rested and took medicine. (Doctors) said I may have trouble sleeping, but I slept fine. I slept most of two or three days.

“My teammates and coaches were texting each day to see how I was doing and making sure I was getting rest,” he added. “That was great support.”

Once Engelman returned to school, he had to go through the Missouri State High School Activities Association’s concussion protocol.

“I had to have no symptoms for 24 hours and there had to be a five-day process before I could be cleared,” he said. “I had to slowly work my way back to full contact. It was a long process.”

Engleman missed out on the big stage at the Tournament Of Champions.

“It really sucked missed the TOC. I was looking forward to it,” he said.

“I felt so bad for him,” Nixa coach Jay Osborne said. “He’s such a great kid and plays so hard. He lays it on the line every game. He could have (made a difference) because he’s always getting a rebound or a loose ball and drawing a charge every now and then. We’ve been glad he’s back. We’re glad he’s okay because he took a pretty hard spill.”

Engelman played sparingly at Kickapoo, but logged 17 minutes versus Springfield Central last week. He was 5-for-5 from the field en route to 12 points. He had three points Thursday in Nixa’s win over Cape Notre Dame at the Nixa Invitational Tournament.

On the season, he has drawn a team-high six charges and is shooting 54 percent from the field and a team-best 79 percent at the free-throw line.

After being idle, he worked on his conditioning during and after practices.

“I knew to get myself back in shape it was going to be difficult,” Engelman said. “I had gotten out of shape. When I first came back for practices, I was a little tired because I hadn’t done anything for two weeks. I tried to do what I could do to get myself back to 100 percent. I would go home and run around the neighborhood a little bit, about a mile.

Nixa sophomore Garrett Hines was also injured in the Eagles’ trip to Carthage. He broke a bone in a leg, but is expected to cleared for action as soon as next week.