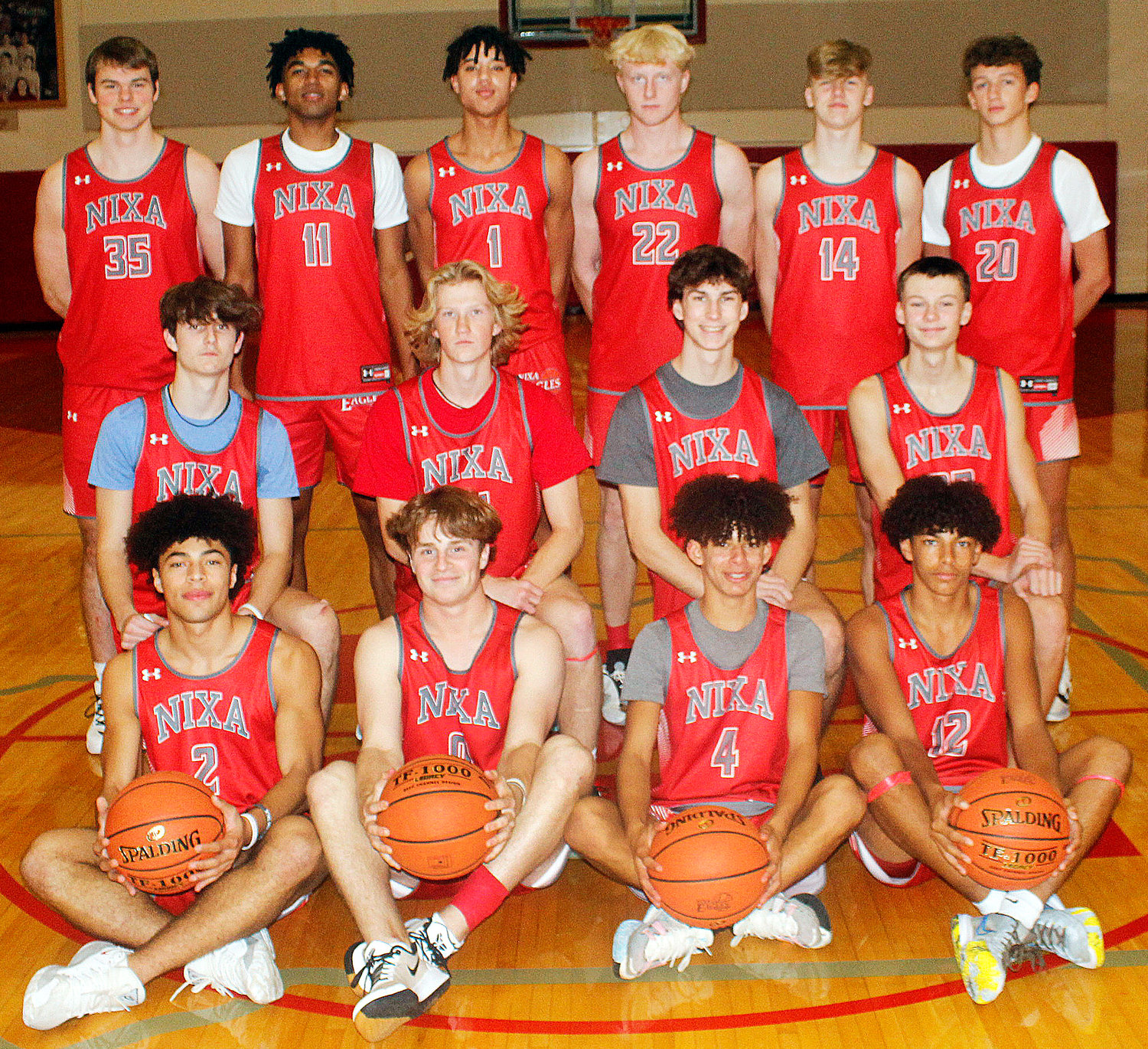 After three full weeks of practices, Nixa coach Jay Osborne hasn’t been able to check from his priority list finding a floor general.

With three returning starters, Osborne figured he could count on guard Colin Ruffin, swingman Kael Combs and forward Jaret Nelson to captain the Eagles. But no one has emerged, yet.

“We're searching for a leader,” Osborne said. “I’m trying to get our seniors to lead. But they're going to have to get better at it. We don't have any true leaders right now. I'm disappointed in that.

“Over the next couple of weeks, we're going to find some guys to take charge of this team,” he added. “It's their team, it's not the coaching staff's team. Their success is going to depend on how mature they are and how invested they are in the process. We've had this kind of experience before. It all depends on the leadership.”

Osborne is worried a lack of strong leadership could make Nixa susceptible to inconsistent play. He liked what he saw out of the Eagles in their jamboree against Kickapoo and Bolivar, but hasn’t been impressed with the team’s intensity during practices.

“The sense of urgency has to start kicking in,” Osborne said. “It hasn't kicked in, yet. I think as we get close to our first game, it will kick in. November is a long month. You're doing a lot of practicing. That's a lot of reps with no game in sight.

“We have talent. But we need to get some self-discipline and start taking care of business,” he added.

The Eagles are fresh from a 24-4 campaign that included an undefeated and perhaps an unprecedented run through the COC. They won their nine conference games by a ridiculous average margin of 28.5 points a night. Nixa’s closet conference call was a 76-62 win over a Branson squad that features senior stars this season.

“We did a pretty good job last year when we had people down, we put them away,” Osborne said. “That's something that will have to continue. When you've got someone on the ropes, you have to bury them.”

Osborne didn’t like how his team responded come crunch time in its losses and is counting on that to be an area of improvement this season.

“We have to finish end-of-quarter and end-of-game scenarios,” he said. “When we're up four and have the ball, we have to get a layup or get to the free-throw line. When we had Kickapoo down in overtime last year, we had the ball and were up by four. We didn't get a shot.”

Osborne was impressed with what he saw out of Combs defensively in the jamboree against Kickapoo’s Zaide Lowery and Bolivar’s Kyle Pock.

“Kael's defense was really good,” Osborne said. “He played hard and made good decisions, while accepting the top assignment on the other team. He did a good job on both of them.”

Nelson shot 71 percent from the field, while averaging 11.1 points and 6.0 boards a night.

The trio will be joined in Nixa’s regular rotation by Jordyn Turner, Colten Berry, Noah Engelman and Jackson Bell.

“Turner is a good shooter and can go to the rim,” Osborne said. “If we can get him to guard, he'll be valuable to us.”

Osborne has liked what he has seen out of Berry in the paint.

“Berry has shown toughness and aggressiveness,” he said.

“Looks are deceiving sometimes. Charles Barkley said rebounding is all about effort, it's not about size. He's right,” Osborne said. “We've got the size and length, we just need to put in the effort. We should be able to battle with anybody on the boards.”

“We've got some good games in December. It's going to be a busy month for us,” Osborne said. “We feel we will have a target on our backs and we probably should. We'll take everybody's best effort and be ready to perform ourselves.”