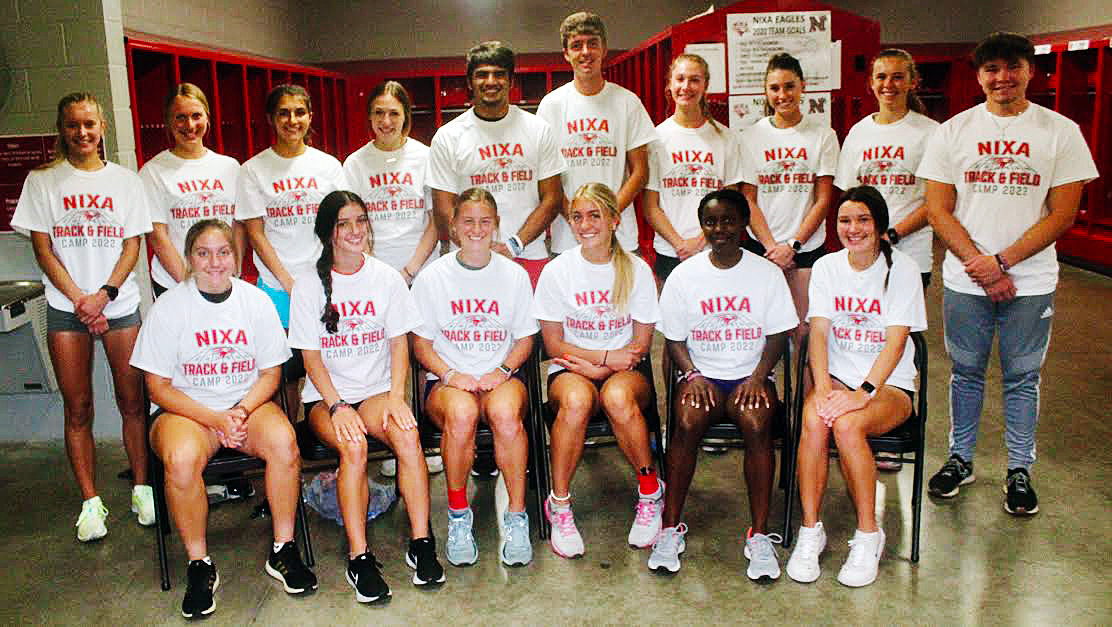 Taylor Hopper is hearing about the personal records of some of the sprinters from the St. Louis and Kansas City metro areas and is curious what they might mean to her PR.

The Nixa freshman entered the Class 5 State Track Meet hoping the elite competition will bring out the best in her in the 100, 400 and 4 x 400 relay.

“When I’m around faster people, I tend to get faster,” she added. “It’s going to be (interesting) to see my own ability amongst great athletes who are faster and stronger than me.”

Hopper already owned Nixa’s school record in the 100, having been clocked in 12.42 at Sectionals.

She is among a handful of Class 5 freshmen sprinters who made it to State. Hopper anticipates the fellow freshmen will spur her progress in the future.

“We’re a good class. It puts me in position to continue to get better because I’m going to be going my whole high school with them,” she said. “I’ll keep competing and showing them what I’ve got and see what they have to bring.”

Koby Graham went to State not expecting a back injury that hounded him for a month to be a factor in his quest for a medal in the javelin.

Graham tweaked his back during a practice following the Southwest Baptist Invite in April. But he felt as strong as ever leading up to State.

“I went to get treatment by a chiropractor and kept it light throwing during practices so I wouldn’t trigger (anything),” Graham said prior to State. “I’m back to feeling great. No pain, My back is feeling 100 percent. I’m anxious to go out and launch one.”

Graham was also mindful not to put too much pressure on himself mentally.

This was his second trip to State and he wanted it to go better than his first.

“I’ve been shaking this whole week, with State coming up,” he said. “I’m super pumped. I’ve been there before. It did not go well. I’m looking for redemption.”

Camilia Figueroa made a return trip to State, but this was her first qualification in the 300 hurdles. Her progress this season saw her post a PR of 48.0 prior to State.

She points to cross country as being pivotal in her track success.

“I was hoping cross country would make me mentally stronger so I could finish races as hard as I could. That’s what has happened,” Figueroa said. “It’s been about being comfortable with being uncomfortable. (The 300 hurdles) feels probably like the closest to death you can get. It’s like pushing your body past that point.

“I love (the event) when I’m not running it,” she added. “As soon as I’m done running it, I love it. I love practicing for it. But running it, is tough. You can’t do it if you’re mentally weak.”

Figueroa had her eye set on the school record of 47.1