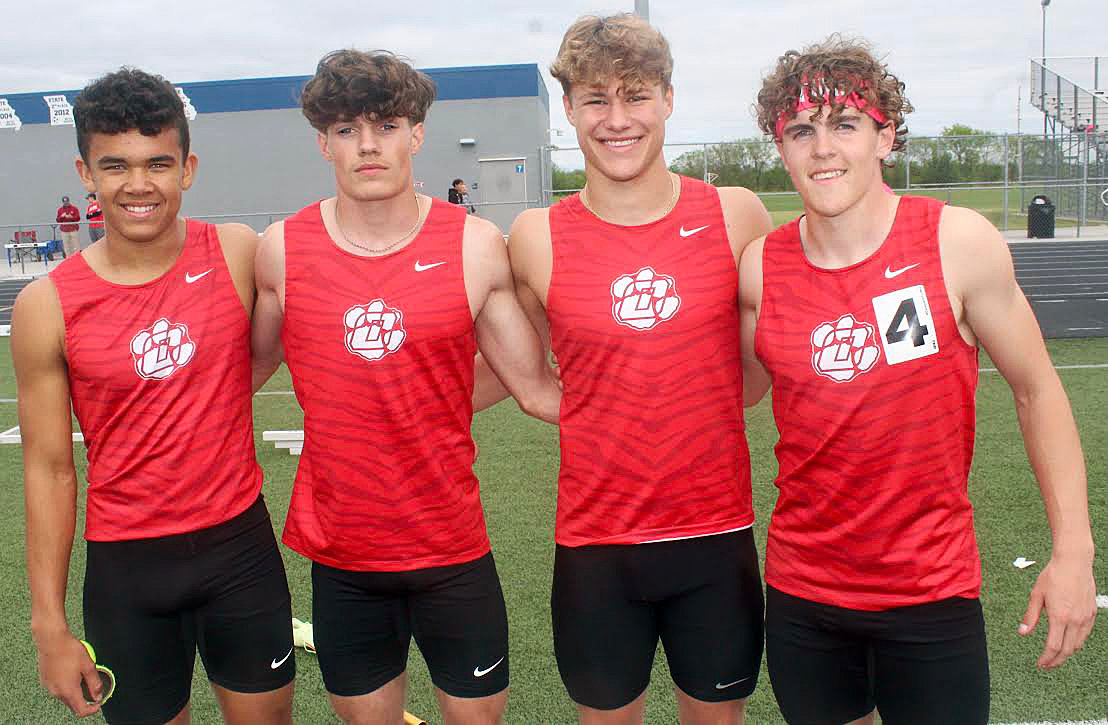 The ‘COVID Kid’ has become the ‘Comeback Kid.’

Johnson and running ‘mates Sam Clark, Ben Miller and Will Scheer posted a 1:31.4 to edge runner-up Republic and its 1.31.95.

Ozark gained the lead as Scheer ran the third leg and Johnson out-kicked Republic’s Kendall Curbow to the finish.

It was quite a rewarding gold medal for Johnson, in particular. The senior sprinter has endured more than his share of injuries and ailments during his career.

“This means a lot,” Johnson said. “It feels good to finally be able to run, especially with my boys. We’ve worked hard. To come out here and have it pay off, it’s a great feeling.

“It feels good to finally be able to do what I’ve wanted to do,” he added.

Johnson’s medical file has grown thick over the years. Doctors and nurses have gotten to know him all too well.

In addition, he’s tested positive for COVID not once, not twice, but three times.

Johnson’s three bouts of COVID may be the most the rest of us have heard of someone having the virus simply because he has been mindful to be tested when symptomatic.

He relates COVID has hit him often, but not hard.

“It keeps hitting me, but it wasn’t horrible,” Johnson said. “I just kind of laid around all day. But I couldn’t go anywhere because I didn’t want to get anyone else sick. I follow all the regulations.”

Through it all, Johnson’s perseverance and dedication have remained strong. He trains for track year-round.

Scheer had all the confidence Johnson would maintain the lead for Ozark on Friday.

“I assumed as soon as I gave Hunter the hand-off that we had it in the bag,” Scheer said. “He’s been injured on and off since his freshman year. His body is staying healthy this year.”

Scheer is actually the lone holdover from Ozark’s 4 x 200 relay from a year ago that qualified for State. That foursome also included Owen Brockman, Price Webb and Riley Newsom.

“They set a standard for us, something to live up to,” Johnson said.

“I was a little worried about us at the beginning of the season,” Scheer said. “But after two weeks of track I knew it was going to be something good. We worked for it. We’re a great team. I’m proud of all of them.”

Johnson is optimistic as the Tigers work toward perfecting their hand-offs, they can continue to lower their personal record.

“4 x 200 handoffs are kind of hard to get down in practice because you never really know exactly what speed you’re going to be coming in at (during a meet),” Johnson said. “We run a hard 50 (in practice), coast for 100 and run another hard 50 to try to estimate where our speed will be and then we work on our steps from there.

“I’m looking forward to (the post-season),” he added. “I think we could all drop another half-second and get into the 1:30s.”