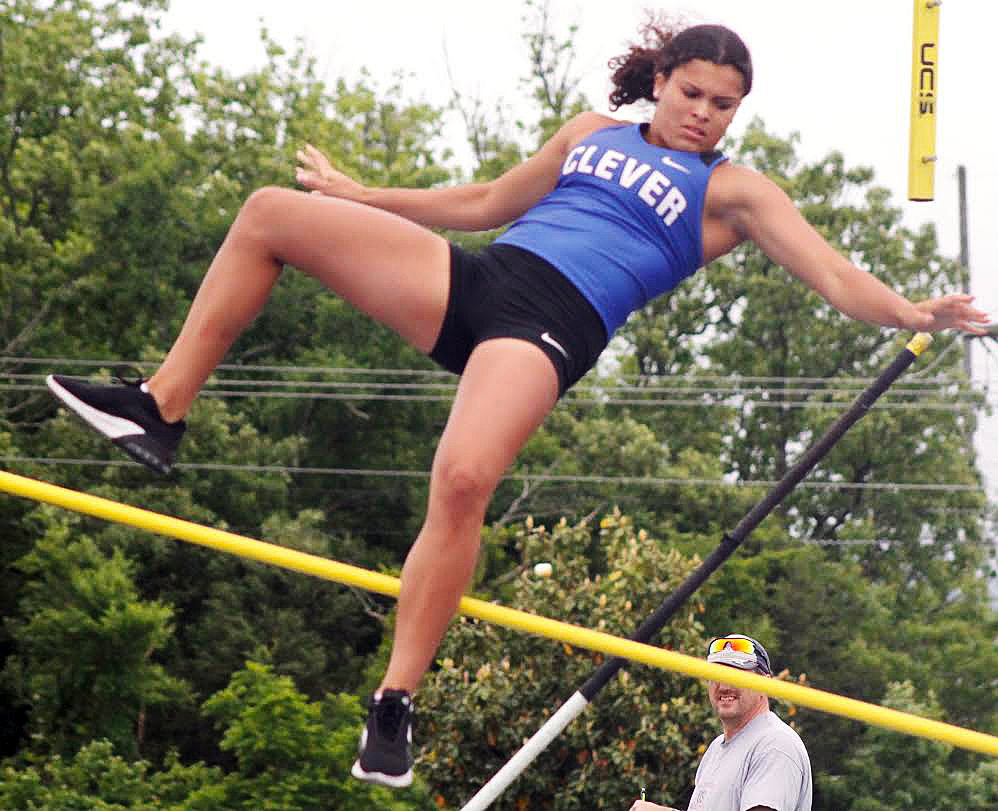 Clark’s gymnastics background has served her well in her first season competing in track. She qualified for State in the 100 hurdles by finishing second with a 16.14 in Class 3 Sectional 3 action Saturday.

“Since I’m a gymnast, I know how to leap so I wanted to try hurdles,” Clark said of her thoughts when she decided to give track a try this year. “It’s working out pretty good for me. I basically do that move in my gymnastic routines (in the floor and vault), so it’s been very easy for me to take that to the track.”

“I feel like it was faster,” she said prior to knowing her time at Sectionals. “I felt more smooth and confident today than I was at Districts.”

Clark was fifth in the pole vault (8-61/4), an event that is filled with former gymnasts.

Clark is fulfilling the potential Clever coach Luke Brosius saw in her.

“He’s been wanting me to do track for a while,” she said. “He finally convinced me and I wanted to try it.”

Clark had been strictly a gymnast prior to this spring. She competes for Ozark Mountain Gymnastics. She won a level IV all-around state championship, has been a regional qualifier the past four years and now competes at level X.

Initially, that was Clark’s mindset for track. She’s starting to be intrigued by her possibilities in the sport.

My goal was just to have fun with it. I didn’t think I’d make it this far. The team atmosphere has been really good. My teammates have helped me through this season since I haven’t known what I’m doing.”