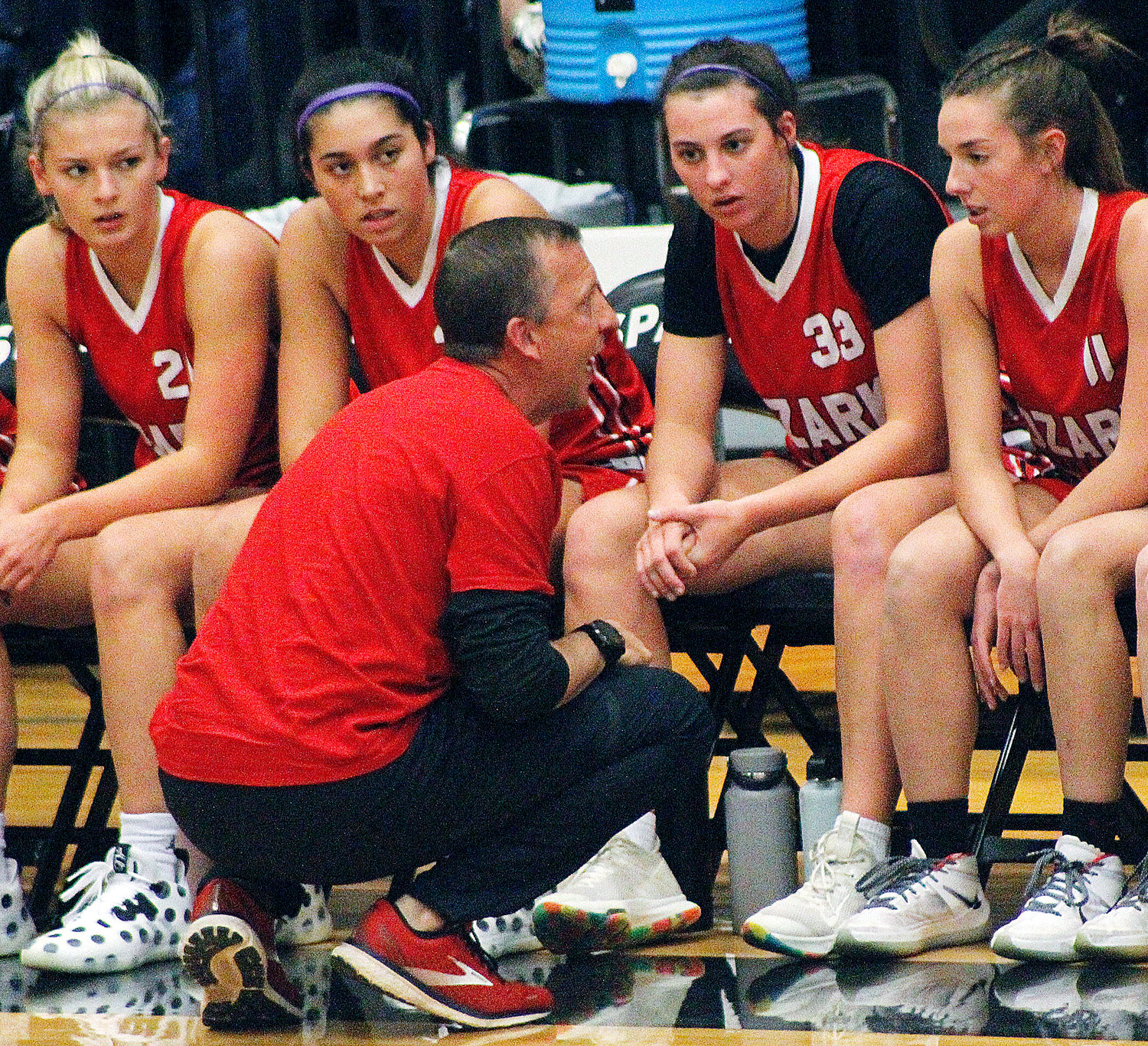 After a four-year absence courtside, new Ozark coach Doug Hepler has been relieved to feel he’s back in his element leading the Lady Tigers.

“There's been a little bit of nervousness. I'm thinking, ‘Am I a dinosaur after being gone for four years,’” Hepler said. “Honestly, though, it's a lot like riding a bike. A lot of things are still the same. Even though I stepped back from coaching, I was officiating. So, I was around the game. Also, (College of the Ozarks coach) Becky Mullis allowed me to help out with some of her practices.

“Now, I feel refreshed and ready to go,” he added, while looking ahead to Ozark’s season-opening trip to the Great Eight Classic in Rogers, Arkansas, this week

Hepler has 19 years of experience on his side that include eight seasons as a head coach. He coached at Mt. Vernon, Clever, Spokane and Drury. In five seasons as head coach at Mt. Vernon, he led the Lady Mountaineers to state championships in 2010 and 2012. He guided Spokane to back-to-back 20-win seasons, before stepping aside following the 2016-2017 season.

Hepler is in a unique position at Ozark in that the Lady Tigers’ two previous coaches, Yancey Little and David Brewer, are still at Ozark.

“Coach Brewer has let me find my own way,” Hepler said. “But he's been there if I needed a sounding board and he's been great about answering any questions I've had. He’s helped me out with little things you don't know when you come to a new school.

“I've enjoyed talking basketball with him and picking his brain, same thing with Yancey,” he added. “They've shown a willingness to help me in any way they can. They are great people and they did a great job building the foundation at Ozark. I hope to show the same respect for the program that they showed.”

At Mt. Vernon, Hepler was part of a tradition-rich program at the Class 3 level. He’s long admired what Ozark has accomplished as the school has risen to Class 6.

“I always wanted to coach at the highest levels and coach for a solid program such as Ozark,” Hepler said. “I’ve always been looking at the COC from the outside, but know it has been a great conference. I'm also excited about the support the community and school gives the program. This is a great opportunity that frankly, I couldn't pass up.

“Tradition is something you relish as a coach,” he added. “Ozark has had a lot of great years. We hope to keep the program going forward and take another step.”

No longer a novice, Ozark's Haymes reaping rewards of her morning, afternoon work