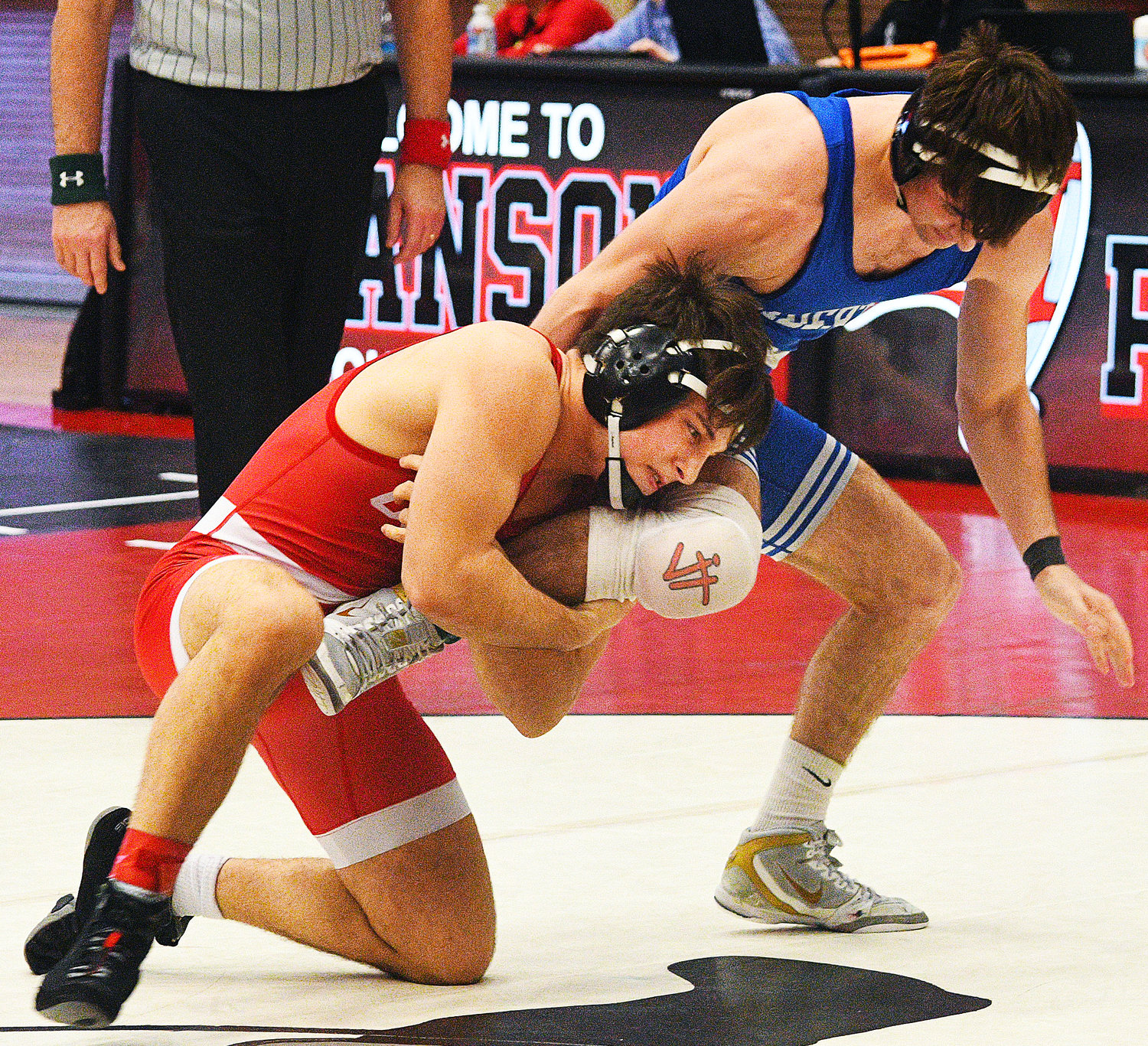 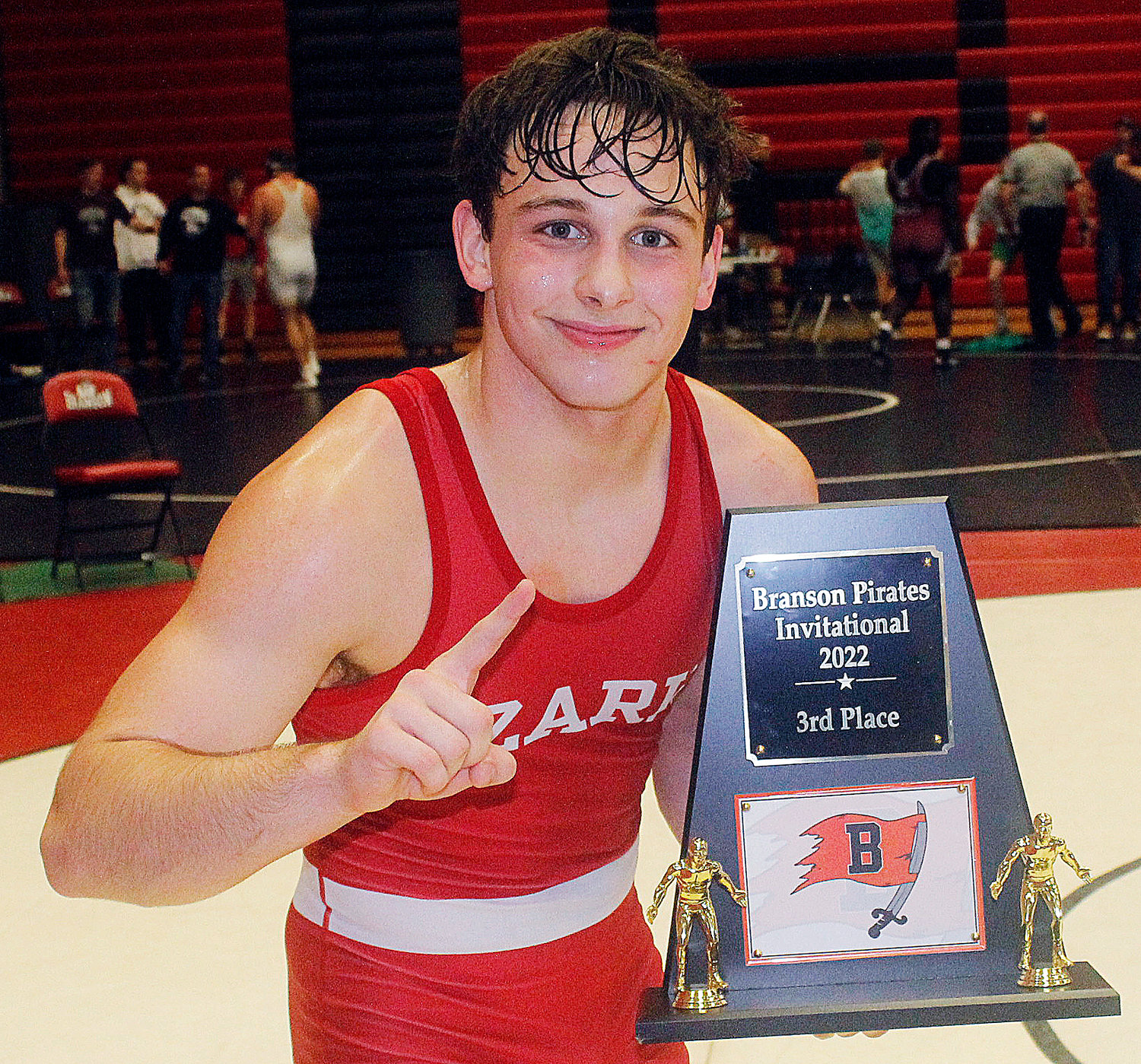 Ozark’s Braxton Strick gave the best answer yet Saturday to any concerns whether his strength is up to the task of competing with the state’s elite 152-pounders.

Strick prevailed 4-3 in a tie-breaker. He kept Rathjen from a tying escape over the final :30 by three times lifting him up and slamming him to the mat.

“That’s probably the best I’ve done keeping someone on the mat in a long time,” Strick said. “I’ve struggled with that the past couple of years.”

For Strick, it was his third Branson Tournament championship in as many years. With a 26-2 record entering this week, he’s obviously proven he can handle jumping two weight classes for his junior year.

“Guys at 152 are definitely bigger and I got bigger, too,” he said. “I’m able to beat these guys at a high level.”

Strick was just as pleased with his conditioning.

“I was trained for this moment,” he said. “Early in the season, I struggled with my conditioning. But I think I just saw that it’s picked up. Those losses at the (Kansas City) Stampede (last month), my conditioning wasn’t there. That match shows I’m getting better.”

Ozark coach Tod Sundlie was pleased with how Strick responded after Rathjen rallied from a 3-0 deficit.

“Braxton wanted it and went and got it. He found a way to get it done,” Sundlie said. “That was an opportunity for him and he stayed well composed. We knew that was going to be a fun one. There’s more coming down the road.”

This was the first meeting between Strick and Rathjen. Strick doesn’t anticipate it being their last match together.

“Logan is a really good wrestler,” Strick said. “We’re going to see each other again and I’m ready for that matchup. I’m grateful (Liberty was) here. I needed that matchup. Those kind of matchups I didn’t get at the Stampede last year and I feel that was a part of my collapse. I’m getting these kind of matchups early on this year and feel like I’m going to be ready to go.

“It’s great winning the Branson Tournament, but I have bigger goals,” he added. “I’m aiming for the top at State. I think this is a good steppingstone toward that direction. I said last year I was going to be back and here I am.”

Mosley improved to 22-6 by pinning Carl Junctions Carter Fogleson in their third-place match at 106.