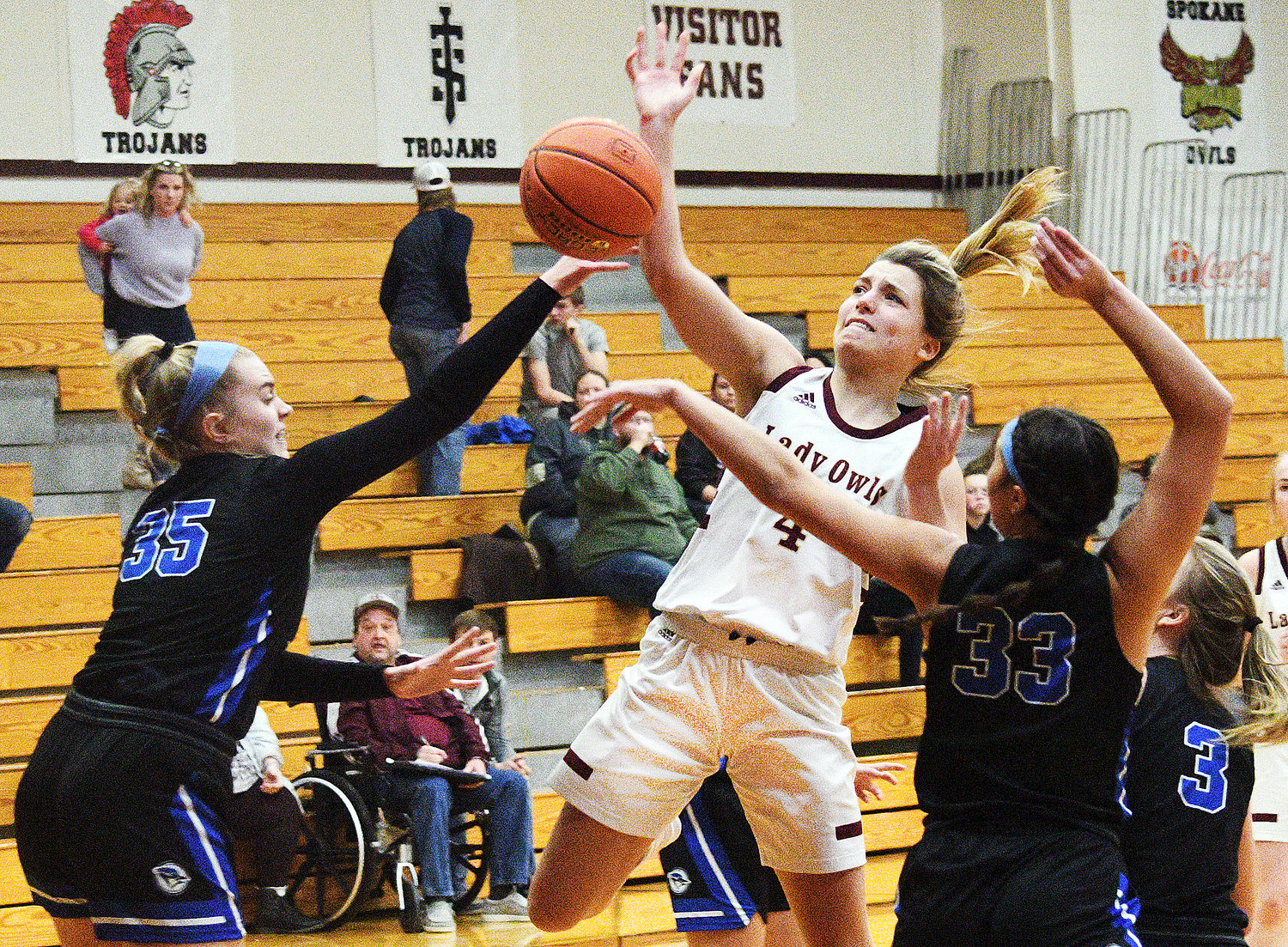 Ireland Jones remains her happy-go-lucky self on the hardwood, but instead of drawing laughs, she’s drawing applause.

As has been the case throughout her sophomore season, Jones showcased the gains she’s made in her game during Clever’s 68-58 victory at Spokane on Thursday. The sophomore point guard scored 19 points and was at the controls of a consistently productive Lady Jays offense.

Jones’ numbers are all up while her demeanor isn’t quite so animated. At least, she’s working toward finding a balance between being spirited and efficient rather than being bouncy and a bit unraveled.

“She likes to have fun and is excitable,” coach Clark Satterlee said. “I want her to be that way on the court. But I have also talked to her about treating the game like business. We’ve got to come out and perform. We can be all smiles and have fun before and after the game, but during the game we have a job to do so let’s focus on it.”

“I have been (all business) when we’re in tight games,” Jones said. “But I feel when I’m having fun, as a team we’re more energetic. Pumping the team up is what I bring to the floor and my teammates feed off of it. I love getting my teammates shots and love their reaction when I pass the ball to them and they get a wide-open lay-up.”

Jones is setting her teammates up for success and creating and finishing her own shot. A year ago, she averaged 4.2 points and 1.3 assists a game. This season, she’s averaging 13.8 points and 3.6 assists a night.

Jones and backcourt mate Riah Robinson both scored 11 points in the second half, as Clever gradually pulled away from Spokane. Robinson led the Lady Jays with 21 points.

A 32-percent free-throw shooter last season, Robinson finished 9-of-9 at the foul line.

“Last year, I was timid with the ball and didn’t know if I should score or not,” Jones said. “This year, I’m good with my role. Coach has made me feel more comfortable with the ball and my teammates encourage me so much. I couldn’t ask for better teammates.”

“I’ve been riding her hard because I think in order for us to maximize our potential we’ve got to get her to play like a junior or a senior,” Satterlee said. “Credit to her tonight. She made a lot of the right reads on when to pass and when to drive.”

“She’s good at looking up the court and looking for her teammates,” Spokane senior sharpshooter Raylen Wallace said. “She’s going to be a really good ball-handler when she’s a senior.”

Jones, Raylen Wallace and Lady Owls sophomore guard Tristen Wallace are familiar with each other. They have been club ball teammates in the summer for Yanders Law.

“I adore them. We are friends on and off the court,” Jones said. “I have a hard time not being their friends on the court. I fouled Raylen once and then she fouled me and said, ‘You just made me mad when you fouled me, so I had to foul you, but I’m sorry, though.’ It was a great experience playing against them tonight.”

Raylen Wallace helped Spokane stay close. She fired in a game-high 30 points. She had five 3-point goals and scored 15 points in each half.

Backing up Robinson and Jones were Ruthie Brown with 12 points and Jayleign Flood, with nine.

Clever (4-8) had lost five of its previous six games. The Lady Jays have dropped two games by one point and two more by two points.

“We have been in a bunch of tight games and we’ve not had enough experience to pull those games out,” Satterlee said. “We’re always right there. We’re learning how to make the right plays and the smart plays to finish it out.

“I’ve told the girls that over the season the percentages will play out,” he added. “If we’re still in these games and doing what we’re supposed to do, we’re going to get some bounces go our way and turn some of those games into wins.”