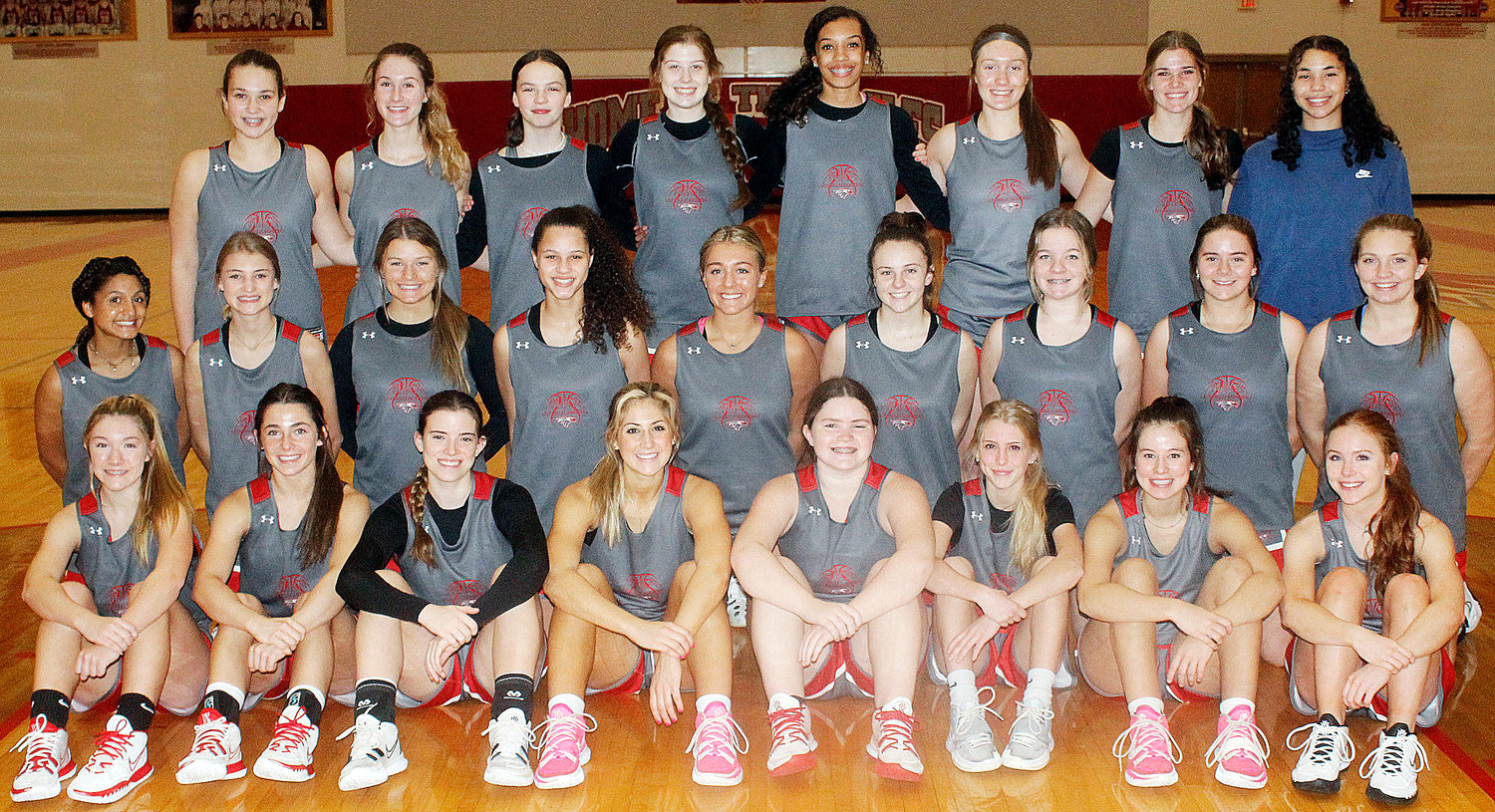 When Perryman was promoted from assistant to head coach eight years ago, she coached the likes of seniors Angie Allen, Alex Sorenson and Madison Wells and junior Toshua Leavitt to 20 wins and a District championship.

This season, she welcomes back seniors Macie Conway, Ali Kamies and Rhi Gibbons and junior Norah Clark as starters from last season’s 21-win team that also won a District title.

“My first year we had a veteran group like this one,” Perryman said. “This group reminds me of them in a lot of ways.”

Nixa features a veteran squad that rivals any list of returnees throughout southwest Missouri. Conway, Kamies, Gibbins and Clark combined to average 45 points a game last season. Conway was a All-COC First-Team selection after averaging 17 points a night.

Expectations naturally are high and Perryman is confident the Lady Eagles are prepared to chase after their lofty goals.

“With our expectations, we know there are a lot of demands and we are willing to meet them,” she said. “We're trying to match our expectations and talent with our work ethic. These girls are very driven. Their work ethic is incredible. You never have to ask them to work hard.”

With so much experience to work with, Perryman is challenging her players by expanding their playbook.

“I think we can put in some higher-level stuff,” she said. “We can build on the basics and principles that they already know and take it a step further and challenge them. We're putting in new offenses and new defenses. There are deeper layers. So, even though we have a new group, we have a lot to learn.”

Perryman is confident enough in Conway, Kamies and Gibbons that she doesn’t hesitate to delegate duties to them.

“They have done a phenomenal job leading on and off the court,” Perryman said. “Those three are special. Sometimes, I don't even have to delegate things to them, they just do it.  That's pretty good to see as a coach.”

With Conway in her second go-around at Nixa after transferring from Kickapoo a year ago, the Lady Eagles are seeing her assert herself as a leader.

“Macie is more vocal this year. That's what I want from her,” Perryman said. “When she speaks, people listen. She's also worked on her defense. That has become important to her.”

More will also be asked from Clark, who averaged eight points a game last season.

“I think she's going to have a breakout year,” Perryman said. “Norah is one of the most athletic kids in the area. She's working to get there mentally and bring it every day.”

Conway, Mahy and Bray are sophomores on the rise.

“Lily has improved by leaps and bounds,” Perryman said. “When she is on the floor, we are very steady. She leads the team well. Sadie is extremely quick defensively. She has a spark. She's so smart and if she doesn't understand, she asks questions. Jacy can play (anywhere from) 2-5. She's being asked to do a lot things and she wants to do a lot of things to help. She has the athleticism and speed. I think you're going to see a lot of strong minutes from her.”