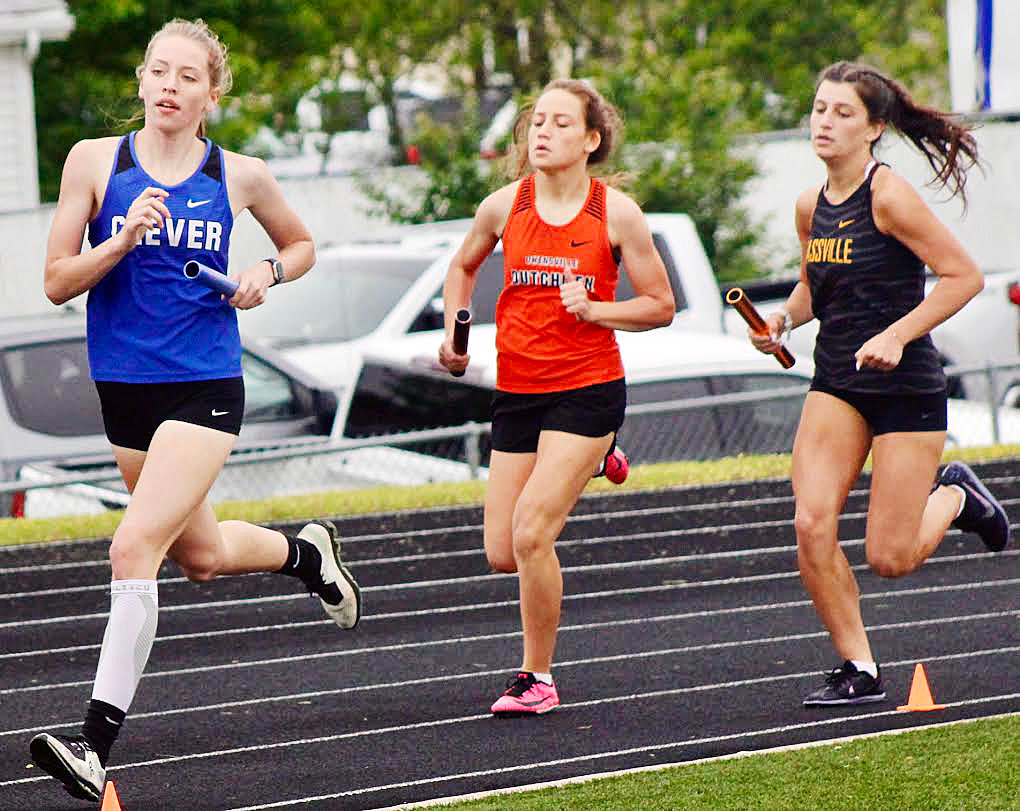 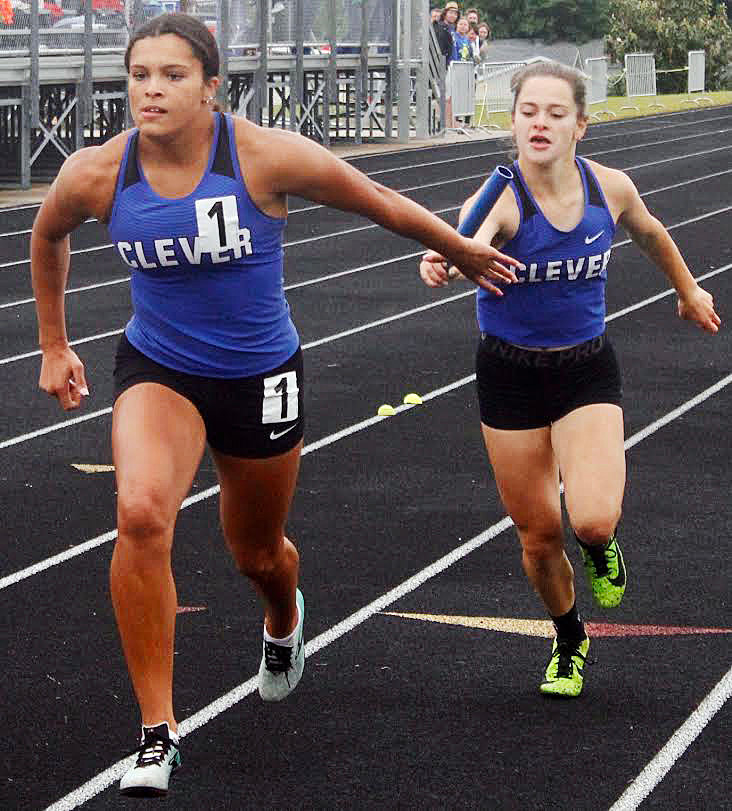 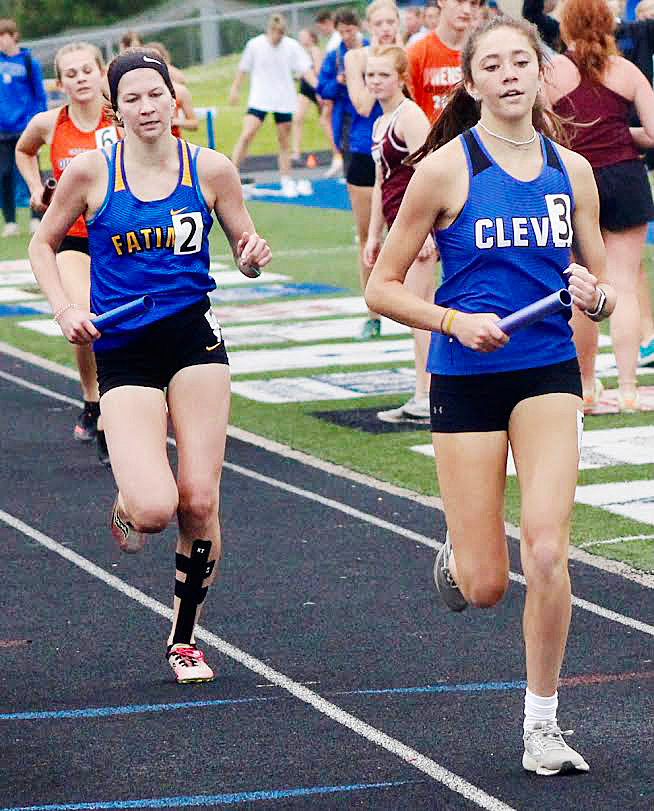 Smith’s third leg saw her pass two runners and Britton passed one more on the anchor leg, as the Lady Jays placed third in 10:32. The third-place finish qualifies the relay for State.

“I was pretty nervous when I got the baton,” Smith said. “It was nerve-racking to see schools we hadn’t seen this year before. I was thinking I had to make up some time. But I wanted to pace myself and make sure I had enough left in the tank to push at the end. That’s what I usually work to my advantage.”

Smith made her second pass in the final 50 meters of her leg.

“I looked over and saw we had a pretty big gap (between fourth and fifth place),” Britton said. “Then, Chloe started kicking it in her last 100 and I was thinking, ‘Oh my gosh, she’s going to pass her.’

“When I took the baton, I knew they were going to be close by and I needed to keep our lead that she had worked hard to get,” she added.

Smith had faith Britton would keep the Lady Jays in the top four.

“She’s a strong runner,” Smith said. “I have full confidence in her.”

Smith and Britton are joined in the relay by Rylee Lansdown and Kiersten Maddox.

“We’ve been training hard to hit our times,” Smith said. “We knew we were probably going to PR.”

Clever’s 4 x 400 relay of and Britton, Lansdown, Maddox and Jaylegn Flood breezed to a first-place finish in 4:16, more than three seconds faster than second-place Cassville.

That foursome has finished has yet to be beaten in-state this year. They have finished first in all but one meet, the Pitt State (Kansas).