Ligon carrying on family tradition at Ozark, but in a different jumping event 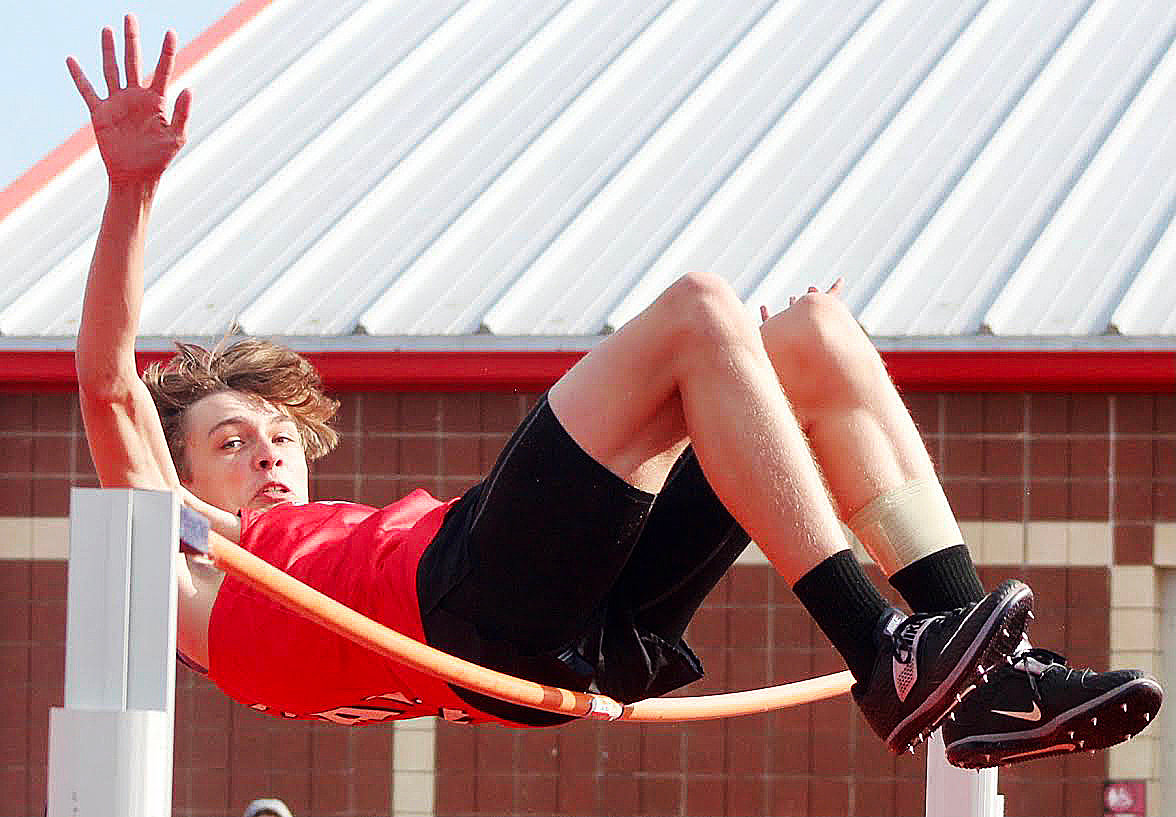 OZARK'S PEYTON LIGON looks to find his way over the high jump bar at the Ozark Relays on Tuesday.
PAT DAILEY/Headliner News 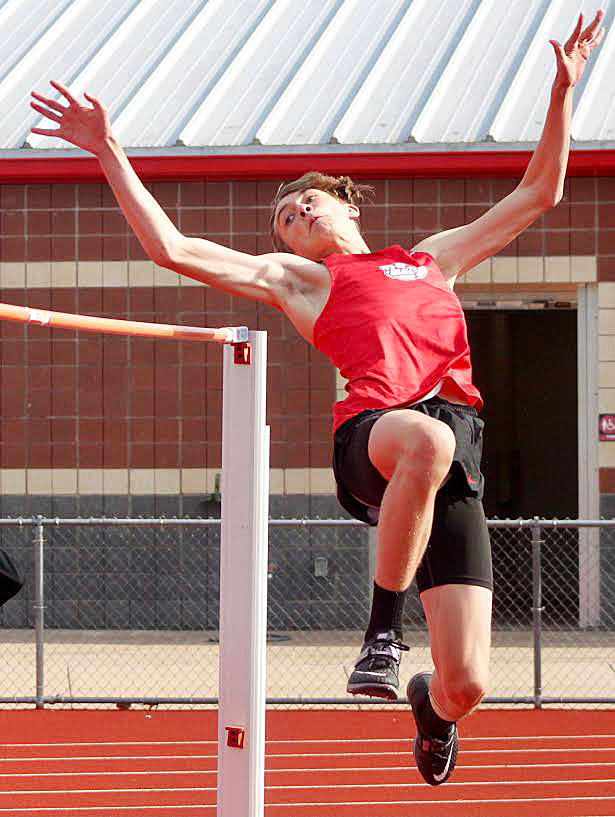 PEYTON LIGON gets set for a jump.
PAT DAILEY/Headliner News 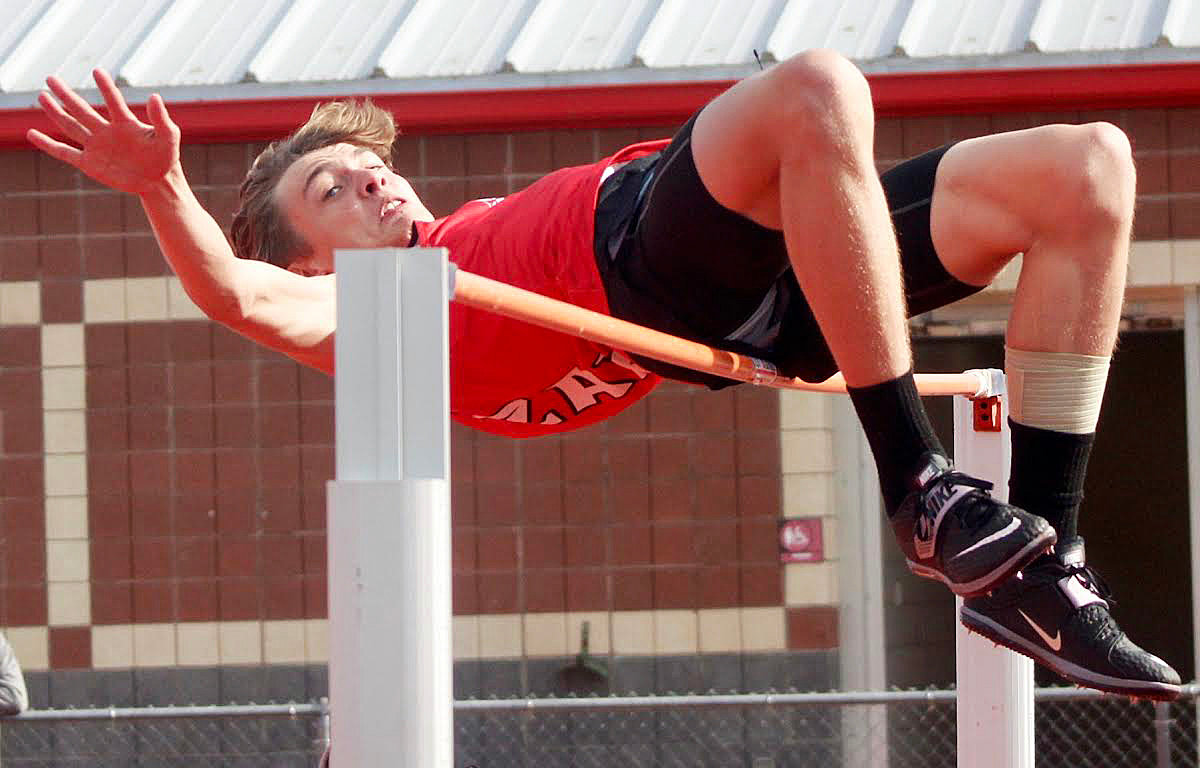 PEYTON LIGON looks to make his way over the bar.
PAT DAILEY/Headliner News 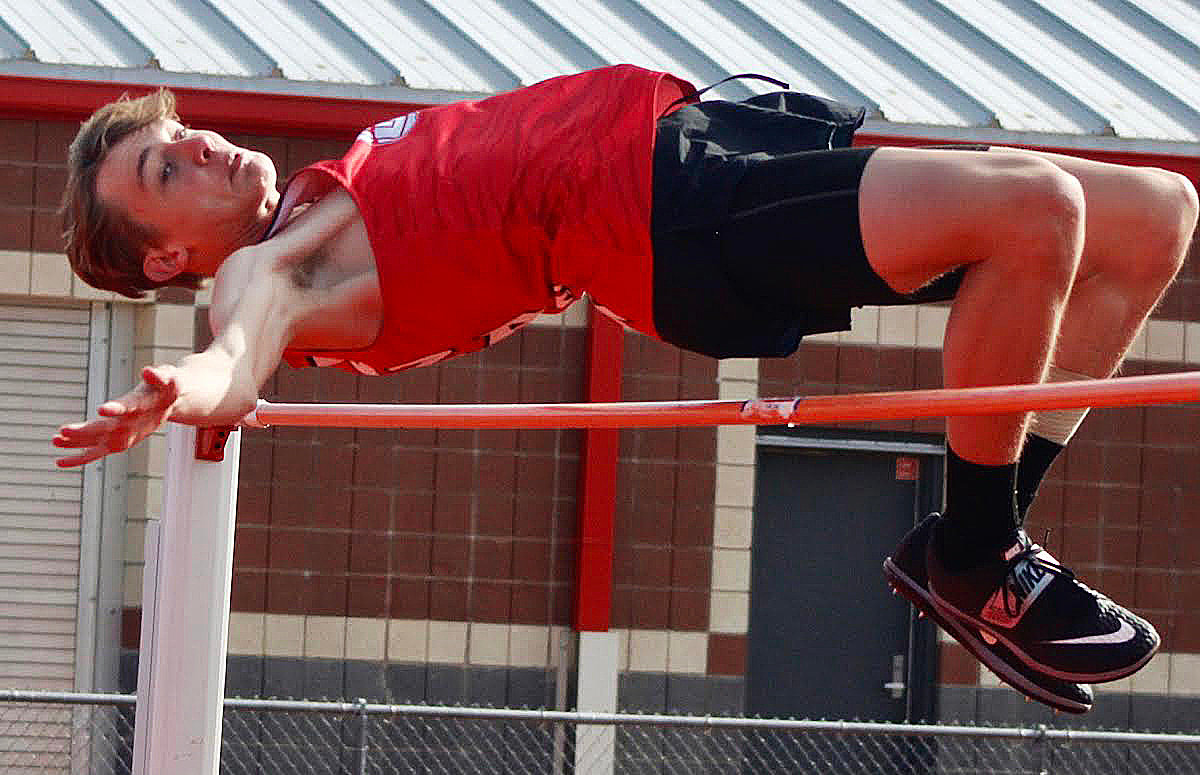 Peyton Ligon is proving to be quite a jumper for Ozark, similar to his late uncle, Thomas Ligon, but in a different event.

Peyton didn’t have his best effort at the Ozark Relays on Tuesday, but stayed undefeated in the high jump for his junior season with a winning leap of 6-01/2.

Last week, he cleared a personal record 6-43/4 at the Nixa Relays.

Thomas qualified for State all four years during his career at Ozark. He finished second at State in the triple jump and discus and eighth in the triple jump, in addition to being an All-COC choice in football and a letterwinner in basketball.

Thomas, who went on to be a decathlete at Arkansas State, passed away at the age of 22 in 2013 of a sudden cardiac disease caused by an enlarged heart.

“I think he’s why I started (in track),” Peyton said. “He’s a really big inspiration to me. I wanted to beat his triple-jump record, but haven’t been working much on that. I’ve been more focused more on high jump.”

Ligon is enjoying a breakout year, after having his freshman season wiped out due to the COVID-19 outbreak and posting a modest PR of 5-103/4 as a sophomore.

Ligon hopes to eventually challenge Tyler Calhoun’s school record of 6-8, set in 2011. He’s optimistic he has further potential to tap into because his form is still a work in progress.

Even while clearing 6-43/4, Ligon notes it was far from a perfect jump for him.

“I was shocked that I did it,” Ligon said. “When I watched the video, I was surprised because my back was flat the whole time.

“You want to arch your back,” he added. “I think I can improve a lot more. Once I start arching, I think I can get four more inches and probably get 6-8.”

Ligon is learning to do the best he can to cope with shin splints in his left leg. He never experienced the injury prior to this spring and admits it’s a constant nuisance.

"My shin splints are from all the pressure I put on my left foot,” he said. “A lot of (high-jumpers) have that issue. (The pain) won’t go away. It’s always there. I’ve been wrapping my leg and staying off it. That’s why I come in at 5-10, I’m trying to not have many jumps.”

Ligon won with a 6-11/2 at the Branson Relays and a 6-2 at the Hillcrest Invitational.

In addition to Ligon, Ozark’s boys and girls combined for nine first-place finishes on its home track.

Jessica Marshall posted a throw of 102-4 to win the discus.

The 4 x 200 relay of Olivia Carpenter, Ella Counts, Wakeman and Blaire Pace was first in 1:48.

Allie Muggenburg had a throw 112-5 to finish second in the javelin.

Even as the oldest son of a legend, Elliott on his way to making a name for himself