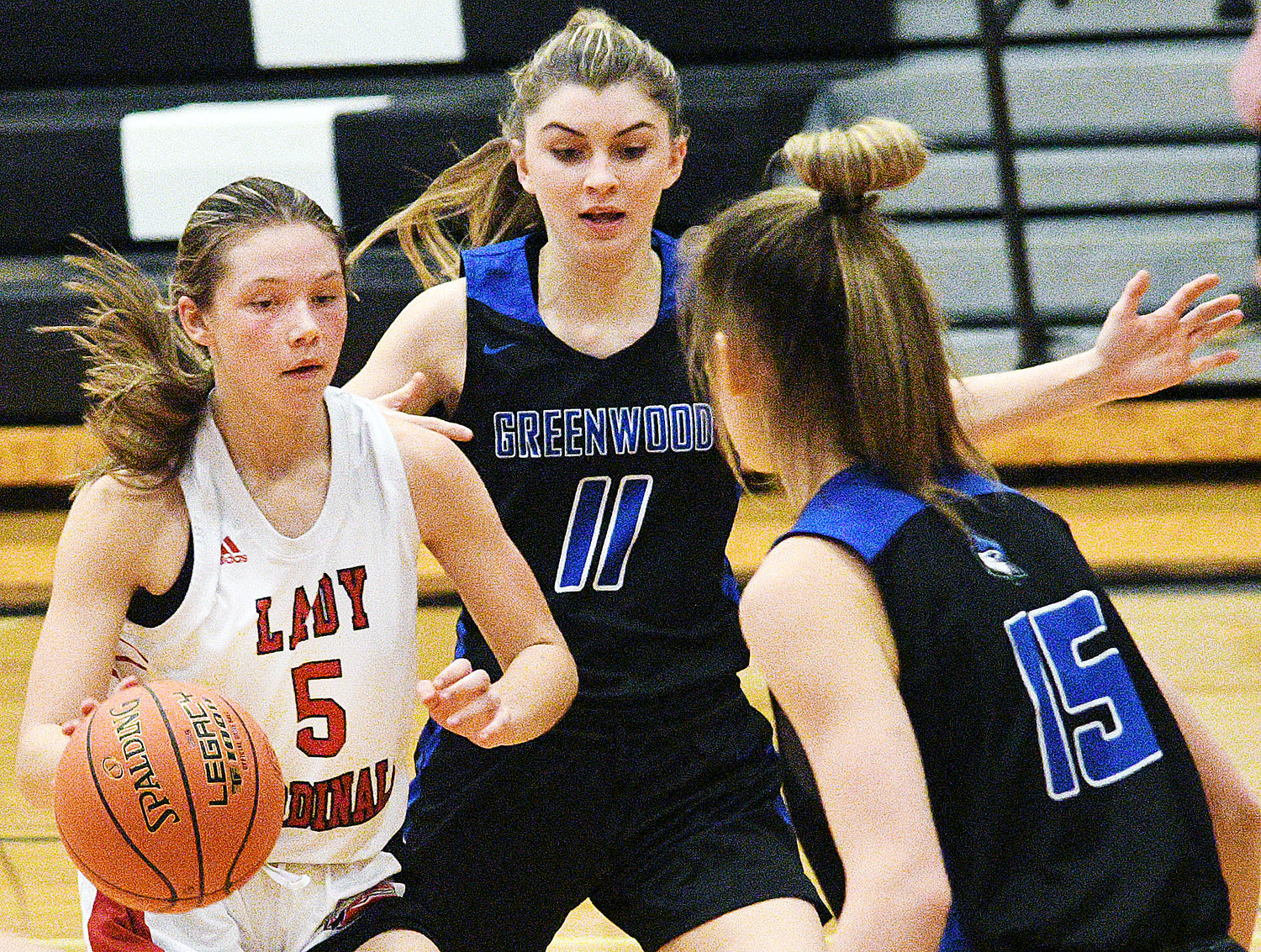 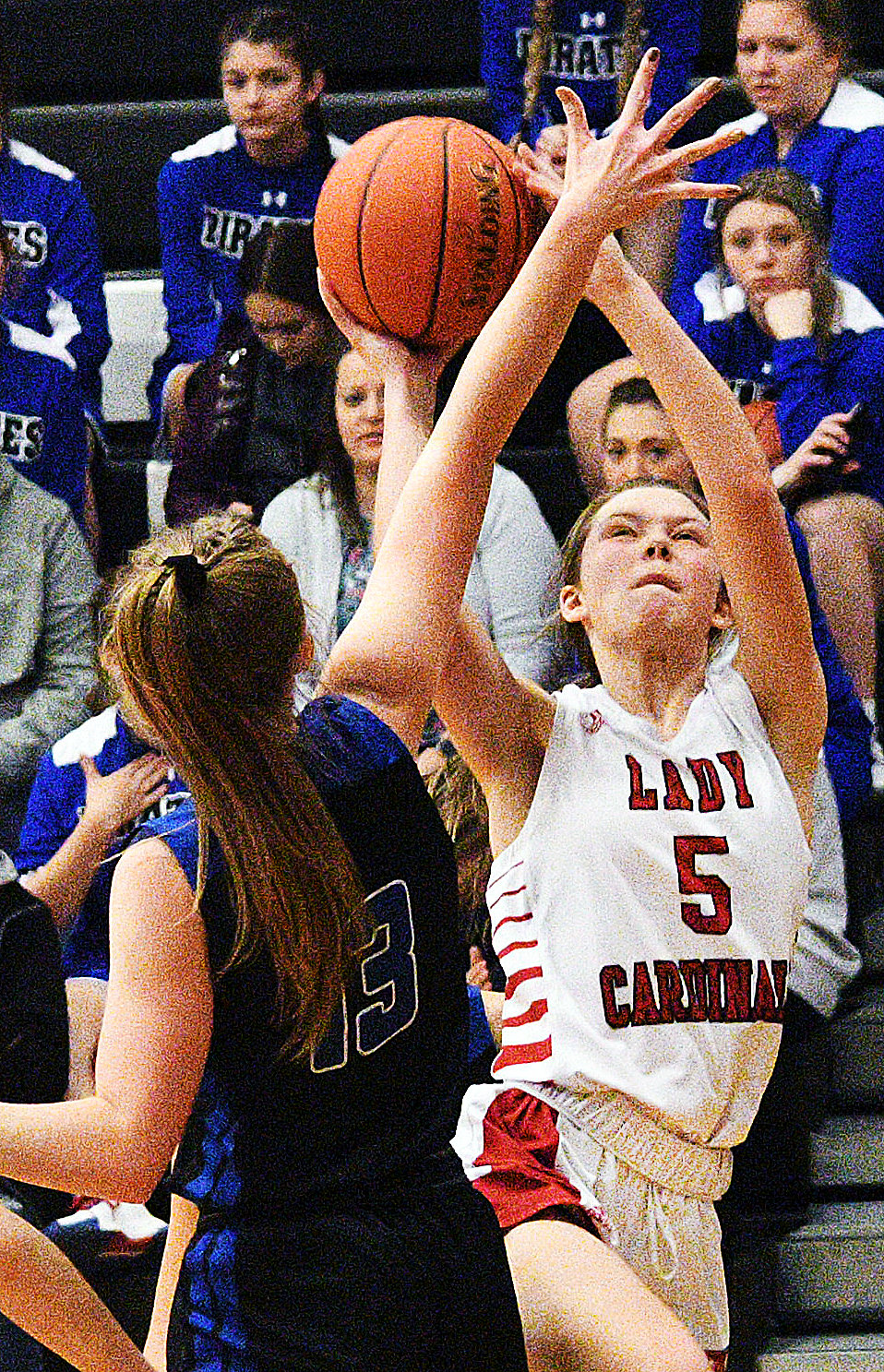 Everybody knows everybody in Chadwick, it seems.

And even when Raeleigh Little and her Chadwick teammates have taken to the road, there have been basketball fans who may not necessarily know her, but have had a good hunch who her mother is.

“People have told me I play just like her and that they could tell I’m her daughter by the way I play,” Little said. “I want to try to play like her and go to State just like she did.”

Raeleigh has picked up where her mother left off 17 years ago. Little’s Chadwick career is off to an exceptionally good start. The freshman guard is averaging a double-double, with nightly norms of 15 points and 12 rebounds.

She scored 25 points in the Lady Cardinals’ opening-round win against Greenwood at the Sparta Tournament this week.

It’s no coincidence Raeleigh and her mother have many of the same characteristics on the hardwood. From the first time she could dribble, Raeleigh’s primary basketball influence has been Jessi.

“She coached me in elementary school and halfway through middle school,” Raeleigh said. “She has helped me so much. She has told me she knows my true potential and wants me to show it. She says I have so much to show.”

Indeed, Little has already proven to be a player with varied talents.

Chadwick coach Scott Payne, who was part of the same graduating class at Chadwick as Jessi, categorizes Raeleigh as a natural shooting guard. But he notes she has given a good account of herself as a point guard and obviously her rebounding totals indicate she can handle playing in the paint.

Little played the point for much of December, while fellow freshman Kerrigan Guerin was out with an ankle inury.

“Point guard is not as comfortable for Raeligh as it is for Kerrigan,” Payne said. “But she did a nice job for us.”

“It stressed me out a lot when I had to be a point guard,” Little said. “But I think it helped me get better at (ball handling).”

Little is glad to have Gerrin back in the fold.

“I’ve played with her for so long that I had to get used to playing without her,” Little said.

“We have a bond like no other,” Guerin said. “We have been best friends since we were little. I’d always go over to her house and then we’d go to the gym with Jessi, who has been like a second mom to me.”

Payne likes how his freshmen work together.

“You can tell in transition they are looking for each other,” he said. “It’s a natural thing. They’ve played together their whole lives. I feel confident when they’re on the floor together. They’re high IQ players.”

As for Little’s rebounding, she’s 5-foot-7, so it’s mostly about her smarts and determination that she gets so many boards.

“She’s a hard working kid,” Payne said. “She also has a knack for where the ball is coming off the rim and she goes and gets it.”

“It helps when our post players block out and the rebound comes to the middle and I just grab it and go,” Little said. “My Mom has always told me, ‘Go for the ball, go get it, it’s yours.”