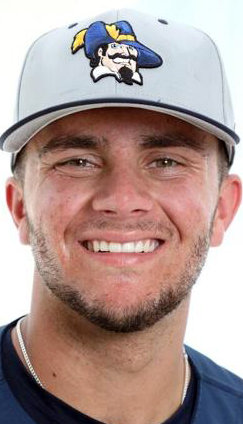 Blake Mozley’s one year of juco ball has led to his return to the NCAA D-I ranks. The Ozark grad committed to Nebraska last month following the end of his sophomore season at Johnson County (Kansas).

He started his college career by playing two years at Missouri State, before transferring to Johnson County last year.

“It feels great to be going back to a D-I school,” Mozley said. “I’m super excited and ready to get started.”

Nixa grad Brett Hammit signed with Nebraska four years ago. He later transferred to Jefferson County and is now at Abilene Christian (Texas).

Mozley, a middle infielder, said his visit to Nebraska made the Cornhuskers an easy choice for him.

“When I took a visit, I loved it,” he said. “The coaches were great. It’s just a great environment for college baseball.”

Mozley is currently playing summer ball with the Williamsport (Pennsylvania) Crosscutters in the MLB Draft League.

A year ago, the MLB Draft League produced 39 players who were taken in the MLB First-Year Player Draft in July. The Crosscutters had eight draftees.

As has been the case for Mozley dating back to his high school career, he displayed a keen eye at the plate. He drew 41 walks to up his on-base percentage to .494.