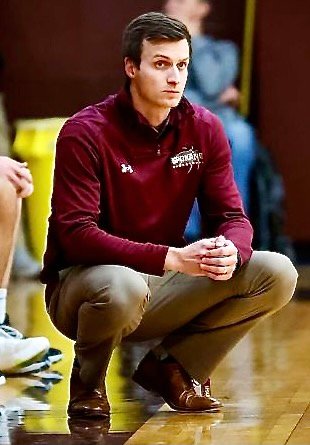 Brock Blansit arrived at Nixa before any of his players were born, but the Blansit era with the Eagles is finally tipping off this upcoming season.

Blansit’s head coaching debut on the hardwood will take place at the Willard Classic on Nov. 30, when Nixa takes on Flippin, Arkansas.

Blansit has 14 years of head coaching experience as Nixa’s girls tennis coach. He led the Lady Eagles to COC and District championships this fall.

Blansit shot hoops as a prep at Hillcrest and in college at Evangel.

Another long-time assistant receiving a promotion is Brandon Clift at Ozark. He takes over the Lady Tigers’ program after nine years as an assistant.

Clift is Ozark’s third coach in as many seasons, as he takes over for Doug Hepler, who took over for David Brewer.

The Lady Tigers are in action Saturday afternoon at Rolla against Tipton.

Newt Starrett is Spokane’s new boys basketball coach. He was an assistant the past two seasons under Terry Writer.

This will be Starrett’s first head coaching job for basketball, although he was a head golf coach at Hollister.

Starrett is a Forsyth grad and will return to his alma mater the first week of December, as the Owls play in the Forsyth Tournament for the first time in more than 20 years.

Scott Payne remains at Chadwick as its athletic director, but has stepped down as the Lady Cardinals' coach. Shawn Guerin is now coaching Chadwick's boys and girls teams, which both won District championship last season.