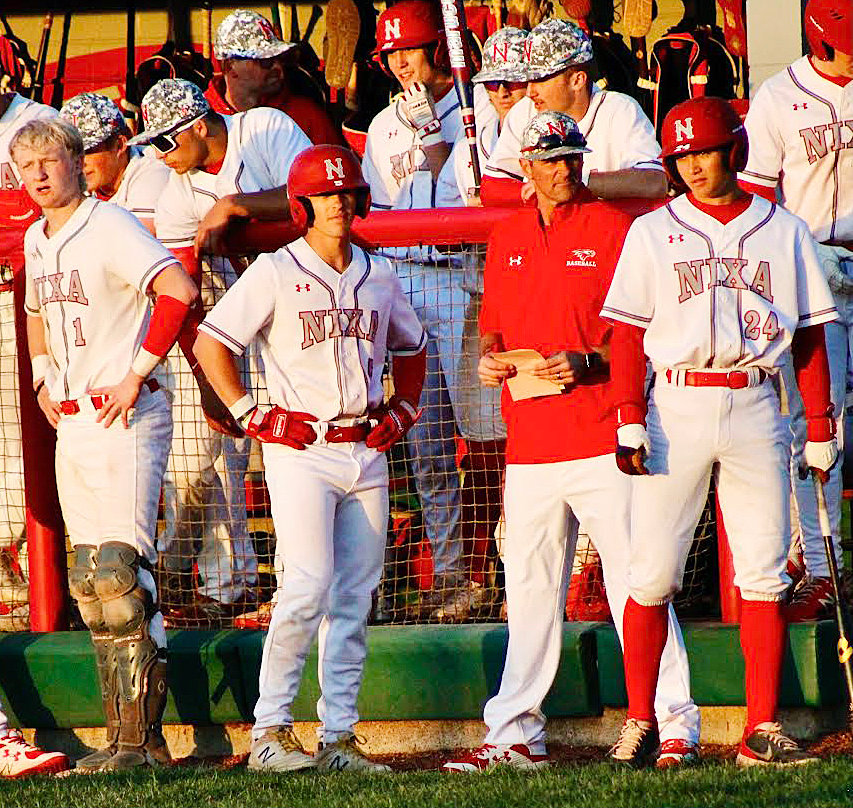 With a trio of .400 hitters and a handful of other starters hitting above .300, Nixa’s lineup is wearing out opposing pitchers.

“I think every pitcher sees us on their schedule and know we’re going to hit through the whole lineup 1-9,” second baseman Rylan Michel said.

Michel and his ‘mates figure if they don’t get to a pitcher in the early going of a game, they will get to him later.

“It’s got to be treacherous to go through our lineup,” shortstop Ryan Retone added. “Guys get tired as they go through the game against us. We’re chasing pitchers (after) 60-70 pitches because they never get time to rest.”

Third baseman Tanner Grant has been hot from the outset of the season and is hitting .467 with seven doubles and 16 RBIs. Designated hitter Jackson Edwards has achieved super soph status while hitting .400 with a pair of home runs and 18 RBIs.

Nixa pitcher Keith Piepmeier has faced most of the Eagles in batting practice and is glad he doesn’t pitch to them in a game.

“We are a good hitting team,” Piepmeier said. “I’d be scared to face them.”

Nixa is anything but top-heavy. The top, middle and bottom parts of the order have all been productive.

Coach Logan Hughes adds there are more capable hitters waiting for their chance to shine.

“We have like 30 guys who can really hit the baseball,” Hughes said. “Every single guy knows if they’re not (hitting), there’s another guy that’s ready to take their spot. It’s made everyone better. Literally, we could write a lineup with 16-18 different hitters because they feel confident and believe in themselves.  Guys are (thinking) of the good positive things that can happen if we attack and we’ve been attacking better lately.”