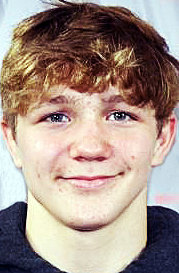 Fugitt upped his record to 29-1 by edging Seckman’s Draegen Orine 5-2 for the 120 championship. Fugitt won his first six matches via a pin, with each fall ocuring in the first round. Fugitt has beaten Orine (30-3) twice this season.

Moore posted a 7-2 victory in the 126 final against Grain Valley’s Dru Azcona to raise his record to 21-4. Moore had three pins and two wins by majority decision among his seven victories.

Ozark’s Damien Moseley (29-7) made it to the final at 106, before dropping a 5-2 decision against Liberty’s Ryder Shelton. Moseley won five matches by fall, including a pin in 4:19 versus Winnetonka’s John Nguyen.

Ozark’s Braxton Strick (33-3) took third at 152 with a pin in 3:52 against Pleasant Hill’s Ryan Volland. Strick lost 3-1 in the semifinals to Francis Howell Central’s Aidan Hernandez.

Nixa’s Brennan Carey (20-8) placed third at 195 with a pin in 1:46 against Indianola’s Walker Whalen. Carey topped the tourney with seven wins by fall.

The Eagles’ John Gholson (23-5) finished third at 220 after a 10-2 win against Fort Osage’s Gavin Gallman. Gholson lost 7-5 in the semifinals to Park Hill South’s Lucas Oitker.