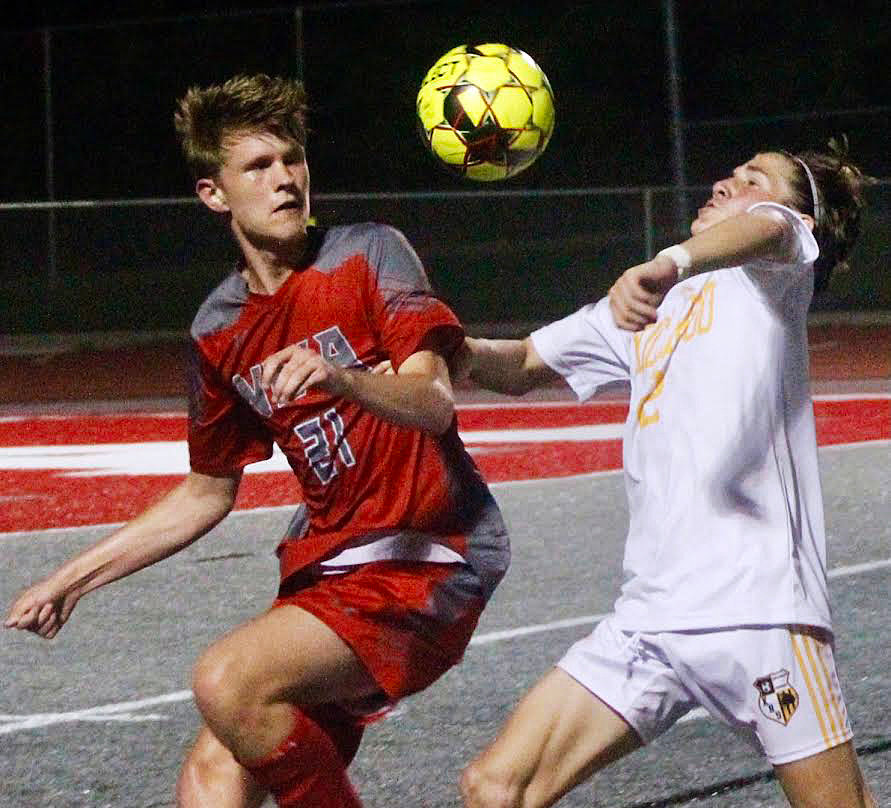 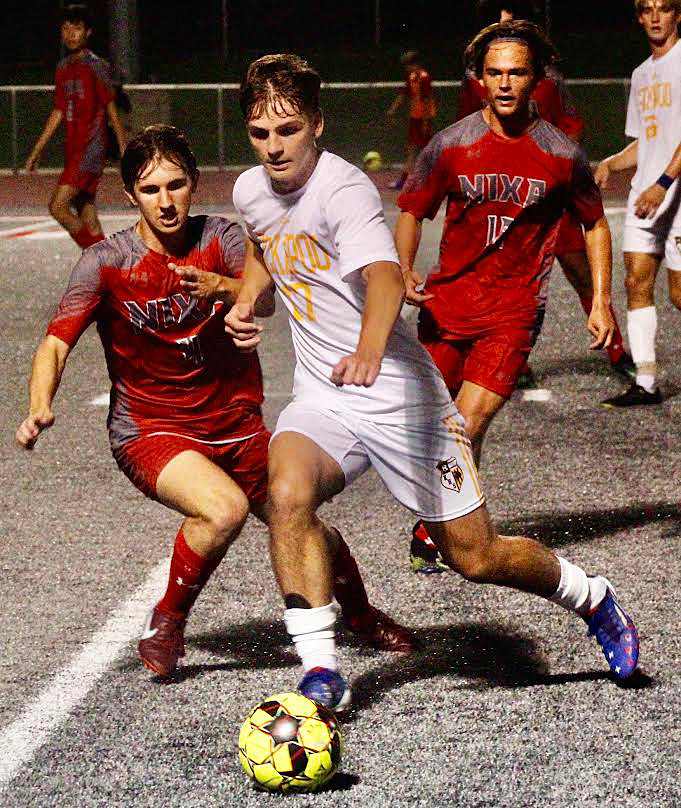 Nixa was left looking for the mentality to score at all costs following its 4-1 setback at the hands of Kickapoo on Thursday.

The Eagles felt they set themselves up for enough scoring chances, but all too often didn't pursue the ball in the box as strongly as needed.

"We need to be more aggressive in the box and have that desire to want to put the ball in the back of the net," defender/forward Caiden Cloud said. "Having that edge in you that you want to score more than the other team. I think we have that in us. We just haven't shown it, yet. Kickapoo got three or four chances and they got four goals."

"The ball drops in the box on our end and (Kickapoo) seemed to find a way to get to the ball first and we were standing around," Nixa coach Evan Palmer said. "We had enough (opportunities), but we didn't have the guys who could put it consistently in the net. We need to get it in our heads we're going to put it in the net. We need to follow (the ball) and look for rebounds and get better runs to where we want to get close and get those quick one-twos at the top of the box. If you're not going to get there and win the ball, you're going to leave games like this in balance."

Likewise, Palmer pointed to the Eagles getting beat to the ball inside the box at the other end of the field, allowing Kickapoo to be on top all night.

"They scored on three set pieces — you have all that time to set up and you can't defend?" Palmer said. "The last (goal) was ridiculous. We had three chances to clear the ball and we kept it in the box. You've got to want it more and right now they want it more. We've got to remedy that.

"We let too many guys get in front of us to goal," he added. "We've got to be ball-side, goal-side. If you're further away, they're going to beat you to the goal."

Nixa's lone goal came from Cloud off an assist from Ben McGehee.

Cloud started his Nixa career last season as a forward, but was eventually shifted to defender. As a sophomore this year, he's seeing action at both positions.

"One game if a team has good players up front, I'll play back or if coach needs me up top to score a goal, I'll go up top. Whatever the team needs," Cloud said. "Tonight, it was split 50/50. I started in the back, then got moved up and then went back and then went up again. I like being able to not just be in one spot, but be in two spots to help the team. Whenever I do my best, I can score goals and then help prevent (the opponent) from scoring goals."

Cloud credited McGehee for a well-executed pass to give him the chance to score.

"It was a great ball," Cloud said. "He had the ball outside and made a quick pass and was able to catch the defense off guard."

It was McGehee's second assist in as many matches this week.

"He's doing a great job coming off the bench," Palmer said. "Who knows, he might be getting more time. He's doing nice things on the wing. He's quick and smart. He knows his strengths and weaknesses and plays to his strengths."

Palmer was pleased how the Eagles held up to Kickapoo's physical nature and didn't let it rattle them.

"Composure-wise, I think we're fine," he said. "We talked about what a physical team they are and how we wanted to let them do their thing and work off it and don't complain, just try to win the ball.

"They're good at closing people down," he added. "We've got to find the pass forward to our forwards and the midfield and the outside backs have got to be open for them. You can use their press against them if you touch away and turn off that pressure."