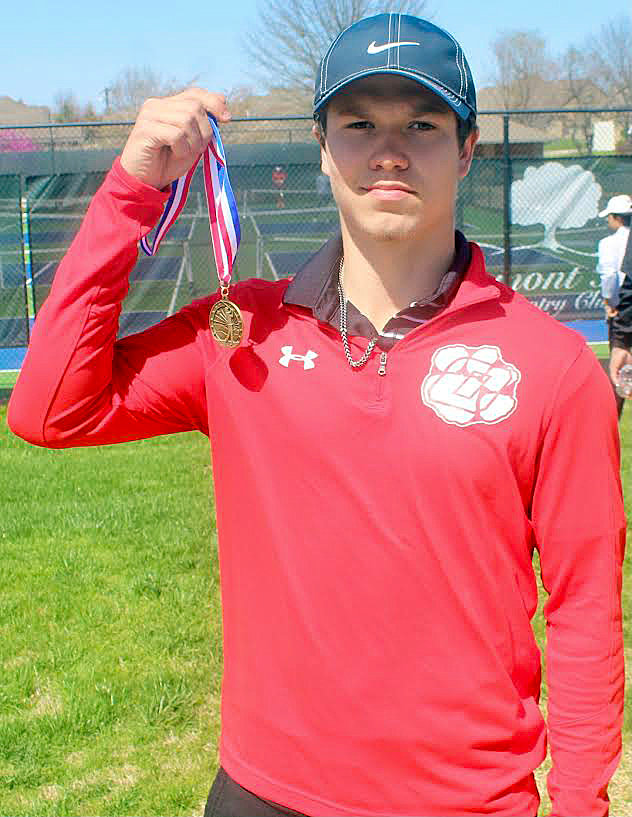 Ozark’s AJ Jackson could relate to how Tiger Woods felt walking the fairways at The Masters earlier this month.

While Woods has come back from a broken leg, Jackson is recovering from hernia surgery.

“I can feel (soreness) in my hip with my swing and bending down (at the tee box and green) is a little bit harder,” Jackson said. “(Walking) downhill, that hurts. I have to stop myself so I don’t put a lot of pressure on my hip. Other than that, I’m pretty good. I hope I’m fully healed.”

Jackson was at his strongest thus far this spring while finishing second at the Ozark Tournament at Fremont Hills Country Club last week. He carded a 69.

“Not a lot of people expect a 5(-player) to play that well,” Jackson said, referring to his spot in Ozark’s lineup for the tourney.

Jackson had a good feeling beforehand he was in for a breakthrough round.

Jackson is strong off the tee box, ranking second only to Carter Chronister as Ozark’s longest drivers. A drive of more than 300 yards set Jackson up for an eagle try at the par-5, 521-yard No. 7 hole.

“My eagle-putt from about 12 feet lipped out,” he said. “That was my fourth hole on the day, so it was a good start. After that, I was thinking, ‘This is a round that I think is really going to go well.’”

He went on to make birdie on the hole, one of his two birdies.

Jackson was pleased with his wedges.

“It was an attackable day,” he said. “The pins were in good positions where I could go right at the pin and have enough spin to stop (the ball).”

Jackson and the Tigers are at tournaments in Willard and Carl Junction later this month, before the COC Tournament rolls around on May 2. Districts are May 9.

“I’ve been playing well and this was a good day,” Jackson said. “Hopefully, this is a good momentum boost for me for the rest of the season.”

Ozark's season ends in semifinal round for fourth straight season