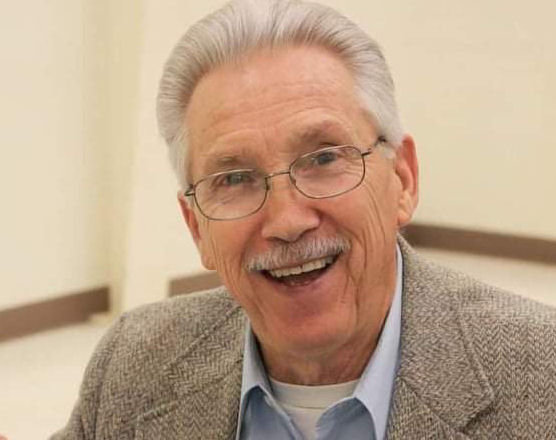 Ronald Keith Burns, 75, Ozark went home to be with the Lord Wednesday, Aug. 8, 2021, at 2:08 p.m. at Mercy Hospital with his family by his side. He was born in Wright County, Missouri, Oct. 7, 1945, to Eunice (Bass) and Omer Burns. On April 6, 1968, Ron was united to Barbara Paulette Pinegar in Los Angeles, California. This marriage was blessed with two children, Edward Keith Burns and Christina Lynn Burns-Rycraft.

From 1966 to 1968, Ron proudly served his country as a member of the United States Army during the Vietnam era, and was stationed in Hanau, Germany.

Ron was an ordained minister and an elder at Galloway Full Gospel Church in Springfield. He spent his time teaching the gospel of Jesus Christ to all within shouting distance. He loved to build, draw and write poetry in his spare time. He was always finding time for his grandchildren, whom he adored more than anything else. He was quick with a whip and or a “kee awh” with a karate kick or chop.

In his early Christian years, Ron pounded the streets of Los Angeles sharing the gospel of Jesus Christ and served in many mission outreach centers. He also went to Mexico on mission trips. He was a student and a teacher of the word of God, continually growing deeper and deeper in love with the Lord. Ron had an anointing in presenting the Word of God in such a manner that anyone under the sound of his voice was amazed, whether he was speaking from behind the pulpit, in a classroom setting, or live through Facebook, at his understanding of the Word as well as his presentation of the Word. He spoke with passion and wisdom and many held him in high esteem. Ron was called a “man of honor and valor.” Those who heard him speak have said he walked the true walk of a Christian.

Ron was preceded in death by his parents and three brothers, Donald Burns, James Burns and Gary Burns.

Ron is survived by his best friend and loving wife of 53 years, Barbara; son Eddie and wife Theresa of Nixa; daughter Chrissy Rycraft and her husband Lance II (Bo) of Mt. Vernon and their three children, Tré (Lance) Rycraft III, Logan Rycraft, and Faith Rycraft; a step-grandson Robert Klug and wife Ashlie and their three children, Landon, Layna and Landrie. He is also survived by his brothers Wallace and wife Joyce of Springfield, Gerald and wife Pat of Marshfield, Darrell and wife Linda of Springfield and Omer Ray of Farmington; sisters Wanda Wilson of Rogersville and Brenda Jeffries and husband John of Springfield. He is also survived by his many nieces and nephews.