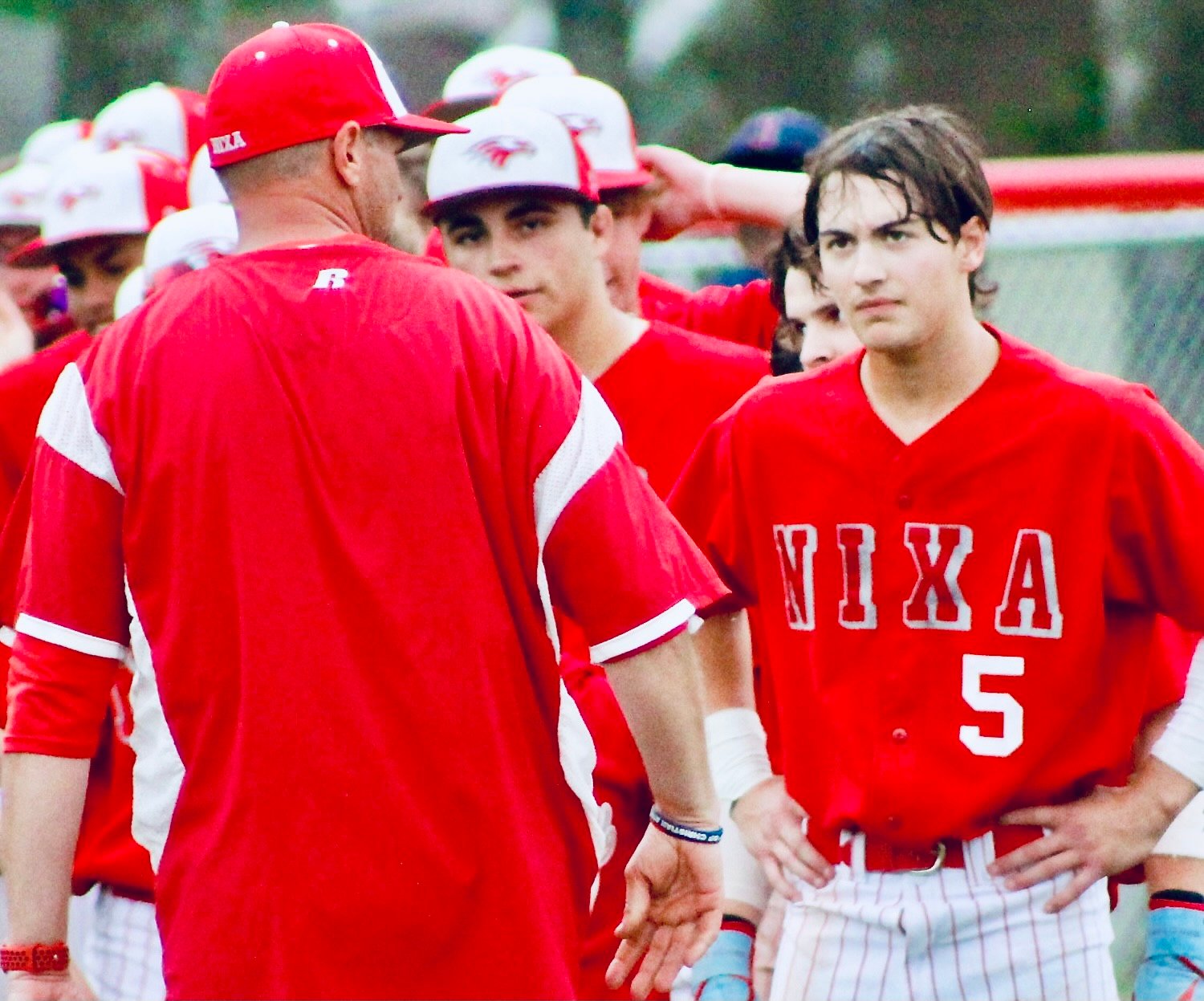 NIXA'S SAM RUSSO batted .300-plus both his junior and senior seasons for the Eagles.
PAT DAILEY/Headliner News
Posted Sunday, May 22, 2022 12:00 am
PAT DAILEY Sports Editor patd@ccheadliner.com

Memorial Day weekend for Sam Russo as a youth included making the short drive from his suburban Indianapolis home to Speedway, Indiana, to attend the Indy 500.

“I went to two Indianapolis 500s,” he said. “I was young, so it wasn’t the most fun thing watching cars go around in a circle.”

Russo did grow up a fan of the Indiana Pacers and after living in Indianapolis for 10 years was essentially blown away and bewildered upon being delivered the news he and his family were moving to southwest Missouri.

Russo was born in St. Louis, but had attended school through the seventh grade in Indy.

“My Dad sat us down and said, ‘Hey, we’re moving to Springfield, Missouri, next year,’” Russo said. “I forgot this part of Missouri even existed. I didn’t know Springfield was a thing, much less Nixa. I had no clue.”

Thanks largely to baseball, he began to have a clue about Nixa his eighth-grade year and quickly made what proved to be lasting friendships with future high school teammates by playing club ball for the Nixa Extreme.

In high school, Russo enjoyed a decorated career as a two-year starting right fielder and lead-off man for the Eagles. Last year, he set a single-season school record with 28 walks. This year, he capped his senior season by delivering a game-winning RBI-single with two outs in the seventh inning of Nixa’s 5-4 Class 6 District 6 semifinal win versus Republic.

After his prep career came to end with Nixa’s District final loss to Kickapoo this past Thursday, Russo said he is confident things ultimately turned out for him how they should.

“Nixa is pretty rural compared to where I used to live. I miss my old school and I’ve still got a lot of friends there,” Russo said. “But I love it here. It’s a great place to live. I’d love to raise my kids here.”

“My Mom and Dad found a house off of East Sunshine (in Springfield) and I was going to go to Glendale,” Russo said. “But we toured the schools and didn’t really like it. It was a little too big and I think my Mom wanted to get out of the city.

“We went down to Nixa and loved it,” he added. “We bought a house, moved and got me registered for school two days before my eighth-grade year.”

So strong are Russo’s sentiments toward Nixa that in the aftermath of the Eagles’ loss to Kickapoo, he sent out a tweet directed to all of Nixa:

“Thank you for welcoming me with open arms when I moved here from Westfield, Indiana, five years ago. I have made countless friendships and memories here that I will cherish forever until the end of the time. The support I have gotten throughout my whole career was unbelievable and unmatched. I want to say thanks to all my coaches, family and friends who have pushed me and believed in me. Even though we were a win short of what we wanted, we accomplished a lot this season. We emphasized a family culture; a band of brothers who will always have each other’s backs. Thank you Nixa for your endless love and support.”