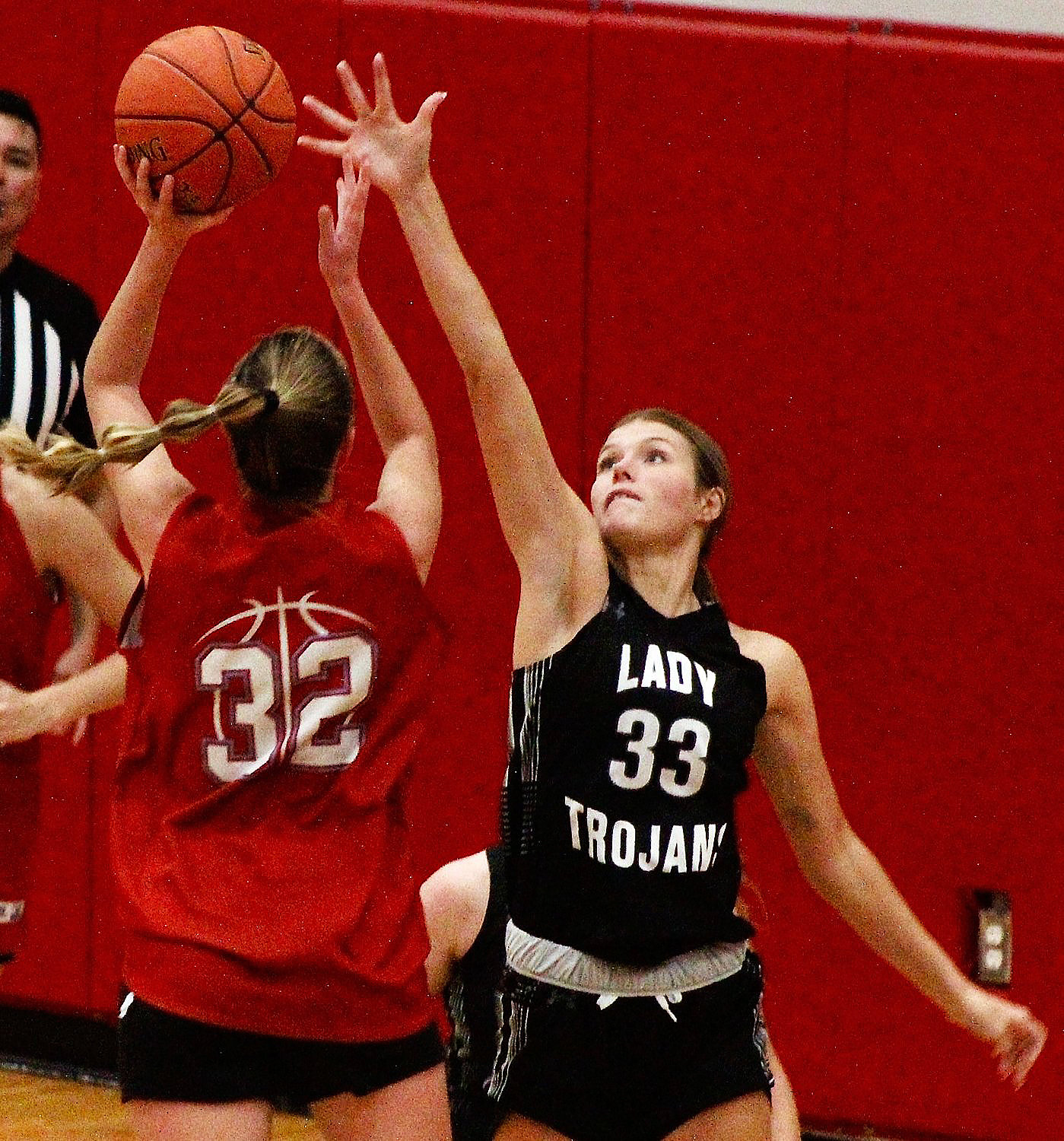 A year ago Sparta coach Josh Loveland entered the season without a proven post player. This time around, he has the luxury of two centers he has confidence to go to.

Natalie Wilks is back with the Lady Trojans for her senior season, after sitting out last season. She will team with Amree Youngmon, who asserted herself as a sophomore last season, giving Sparta a potent 1-2 punch in the post.

“Amree and Natalie are working together very well,” Loveland said. “A lot of teams we play are going to have to pick one of our ‘bigs.’ They’re going to be, 'Who are we going to put our best defender on?' It will be an advantage to have those two working together. Our other ‘big’ is going to get opportunities. Not everybody can guard two post players at our level.”

“There's a lot to be excited to be about,” Josh Loveland said.

Brown averaged 10 points and six rebounds a game last season and is also a major presence defensively. She will bring many intangibles, as well.

“Megan has been outstanding in practices and shown good leadership,” Loveland said. “She has taken younger girls under her wing and is trying to get them up to speed with what we do.

"I can't say enough about her," he added. "She's going to be better at both ends of the floor. As the season goes on, I will expect more and more out of her.”

Holt and the Rollers are among many 3-point threats.

“We have a lot of kids who can score. That's a really good problem to have,” Loveland said. “We've got to focus on the defensive end and the offense will come.”

Even with two capable post players, Sparta will still seek an up-tempo.

”You'll still look to see us push the envelope every single time. We're going to still try to play fast and defensively we will try to speed teams up so we get a lot of possessions,” Loveland said. "That’s what the girls do well and do naturally.

”We've focused on being better in a half-court (offense),” he added. “I feel like we have come a long ways. Good teams will take away some of your transition baskets and then you have to execute in a half-court.”