Sparta looking forward to backing up its No. 1 seed in Class 2 District 5 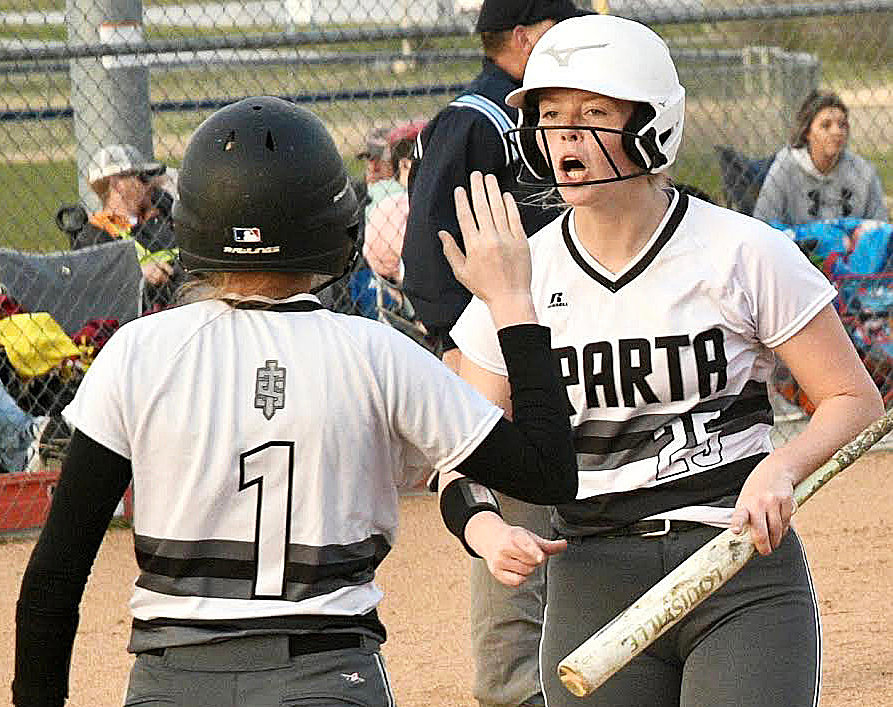 A year ago at Districts, Sparta pitcher Natalie Wilks marveled at the sudden power shown by teammate Averi Leyland, after the freshman hit her first varsity home run.

Coach Troy McPherson has been pleased how the former lead-off hitter has responded to hitting out of the three-hole.

“(It) was somewhat of an unconventional shift, but it has worked wonders,” McPherson said. “Allowing Megan Brown and Natalie Wilks to bat in front of Averi ensures that there are runners on base when she steps to the plate. This allows Averi to get more pitches to hit and she has not disappointed. She has developed into the perfect addition to the middle of the order.”

Sparta’s batting lineup is averaging 10.4 runs a game. The top-seeded Lady Trojans (19-2) open Districts against No. 8 Spokane at 6:30 p.m. Friday at Clever.

“Being recognized as the No. 1 seed is a tremendous honor, but one that I feel this team is very deserving of,” McPherson said. “(We have) worked tirelessly and competed day in and day out to achieve the level of success we are currently seeing. Receiving the recognition of the No. 1 seed validates all our work.

“We are by no means satisfied,” he added. “A seed means nothing, if we don’t go out and back it up.”

In addition to Leyland, Wilks, McKenzie Wilson and Brown are all hitting above the .400 mark. Wilks and Wilson both have 31 RBIs.

Even with Sparta’s big numbers offensively, Wilks remains the Lady Trojans’ leader. The junior has pitched every inning of every game and posted 205 strikeouts and a 1.21 ERA.

“She has worked tirelessly since last summer, preparing for this moment,” McPherson said. “She is one of the hardest working high school athletes I have ever seen and I am unbelievably proud of the ballplayer she has become. I’m confident that Natalie will be one of the driving forces that could lead us to a district championship.”

In other opening-round games Friday, Strafford will meet Springfield Catholic at 2 p.m., Clever will face Hollister at 3:30 p.m. and Forsyth and Marionville will tangle at 5 p.m.