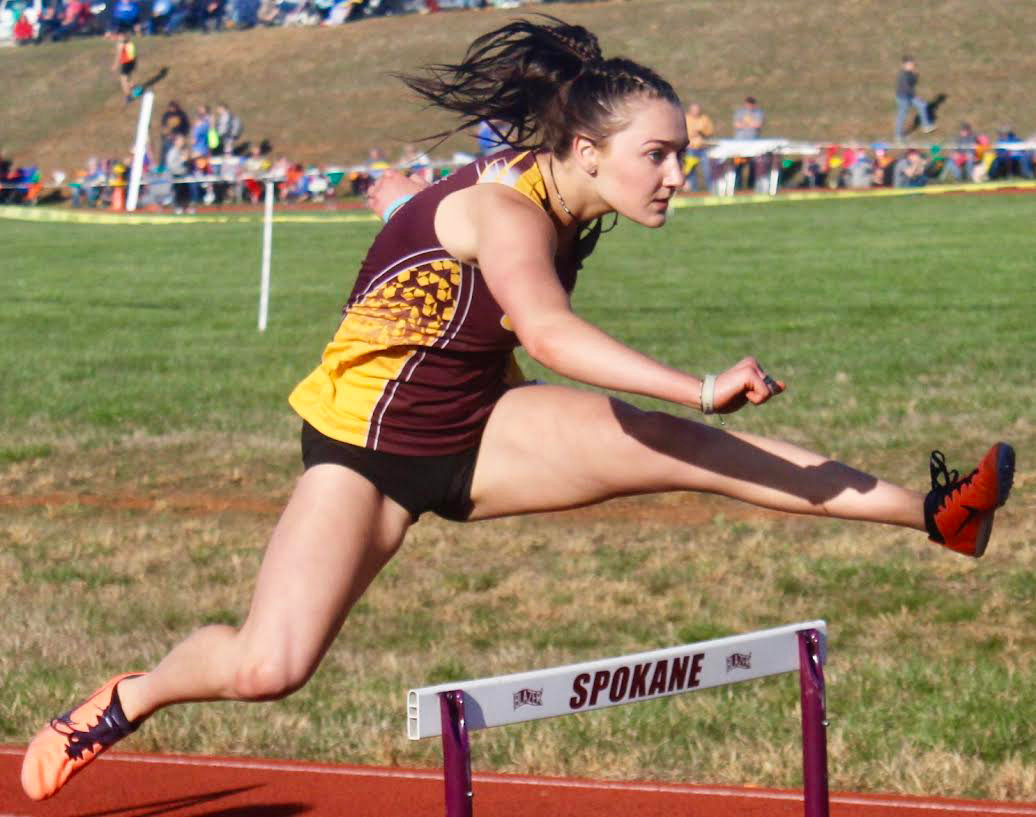 Maggie Czachowski has come to the realization she most likely won’t be breaking any of Spokane’s hurdles records. But she is making a name for herself in the 100 hurdles and 300 hurdles.

“She was amazing,” Czachowski said. “I would be thrilled to be close to her times. Some of her times are faster than boys run today. I’ve never met her. I kind of wish I would, maybe I could get some pointers.”

Czachowski is optimistic she can lower her personal records.

“My coach (Jeff Mitchem) wants me to three-step,” Czachowski said, referring to her steps in between hurdles. “Once I do that, I will probably get to the low 16s. People who usually five-step and go to three-step, it's easier for them because they're jumping with the same leg.

“With four-stepping, you're alternating legs,” she added. “Going from alternating your legs to using the same leg is difficult, especially for me. It's all mental. But you can do it. You have to get over that mental block and say, 'I can three-step.' I haven't been very good at that. But I'm almost there.”

Czachowski also thinks teammate Sydney Bryan can help bring out her best. Bryan was second in the 300 hurldes (52.48) last week.

“We push each other in practice and we're constantly giving each other criticism and advice on what we can do to get better,” Czachowski said. “I get on her about her trail leg and she gets on me about going too high or too low over the hurdle. She was my setter in volleyball. There's a good bond between us.

“It's awesome for her to be running with a senior like me and she's only a sophomore,” Czachowski added. “Next year, she can take it over and is going to be gunning for everybody.”

The Spokane Relays also served as ‘Senior Night’ for the Owls and Lady Owls.

“This year, this is our one and only home meet,” Czachowski said. “It really hits you, you’re thinking, 'Man this is my last meet on this track, I've put in so much hard work on this track.’ It's awesome that we're here, but it kind of makes you a little sad, too.”

Spokane’s Hunsucker holds off Blue Eye's Arnold in 800 and also prevails in 1,600