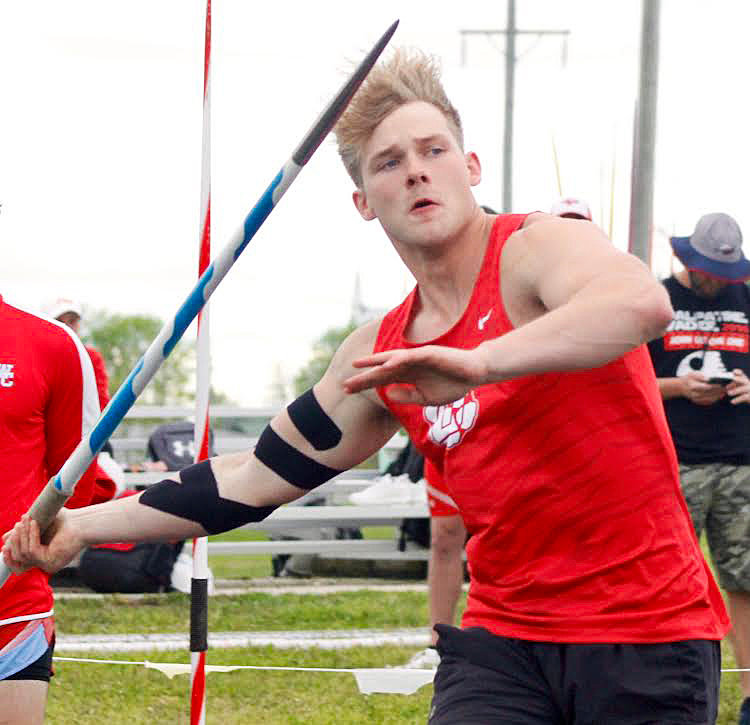 Throwing into a slight breeze at Friday’s COC Track Meet, Dotson didn’t let the wind hinder him on a day it easily could have. He made the proper adjustments on his way to a championship throw of 172-7.

“I’ve kind of learned that throwing into the wind, you want the javelin nose up, rather than down, or else it will go straight into the ground,” Dotson said. “The wind will blow it down. I go for height and let the wind float it. I have the tip up when the wind is blowing toward you. But you don't want it straight up or else it will die.”

Dotson not only gained a gold medal, but redemption, as well. He was fifth at the COC Meet a year ago.

“I'm pretty happy with myself,” he said. “Last year I did pretty bad at the COC Meet, I kind of choked.”

He has momentum on his side entering the post-season this spring, along with plenty of K-tape all over his right arm.

Dating back to Sectionals last year, Dotson has been shining, despite a torn UCL. He’ll have his arm operated on this summer.

Dotson, who will continue his javelin career at Pitt State has learned to throw with pain around his elbow.

“To be honest, it hurts pretty bad,” Dotson said. “But I'm kind of used to torn ligaments. It's all about pain management. When I hurt it, I could tell immediately. I heard it pop.

“The coaches have been strategizing, keeping me out of some of the less important meets to let my arm rest,” he added.

Ozark’s highlights included three first-place finishes for the Tigers and one first and one school record for the Lady Tigers.

Hanna Vorhies set a school record while finishing second in the long jump (17-7). She broke her own PR of 17-4.