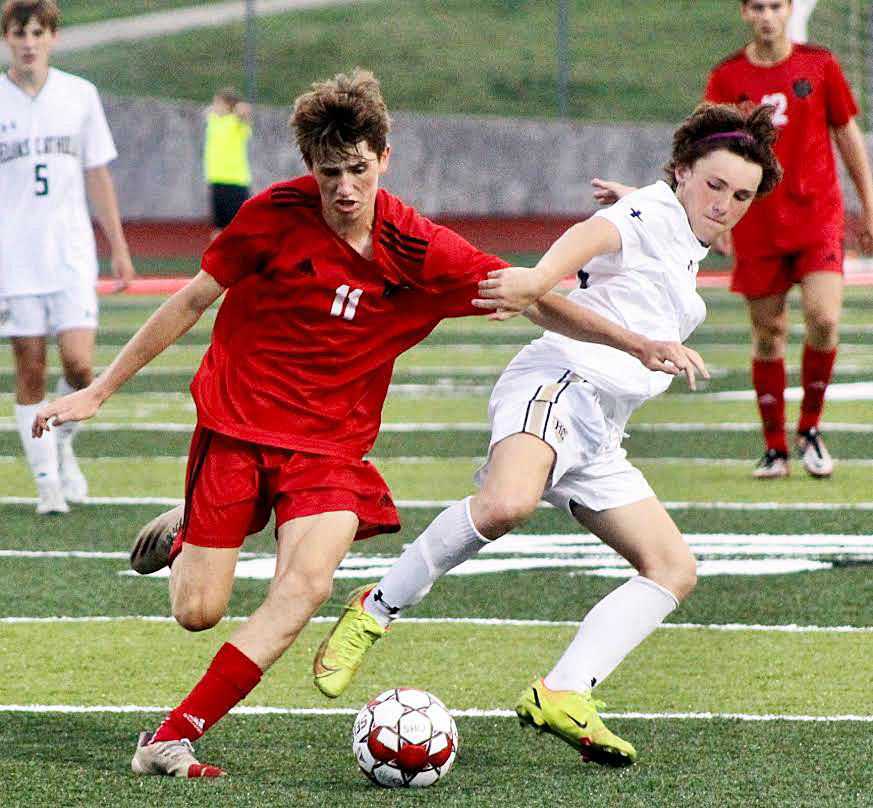 Phin Scott grew up with his friends joking with him that his name is derived from the former Disney cartoon, “Phineas and Ferb.”

“It was annoying,” he said with a laugh.

Likewise, it wasn’t much fun for Phin to be locked up in physical battles growing up as an undersized midfielder/forward. Suddenly, though, added strength has allowed Scott to turn a weakness into a strength.

The Ozark junior’s physical play with the ball and away from it has helped the Tigers get off to a 3-0 start.

Scott repeatedly scuffled with Jefferson City Helias players in battles for position on Thursday and more than held his own.

“Elbows and jerseys getting pulled, it’s fun. I love playing in that,” Scott said. “I’ve always liked that. But now that I can battle back and compete with them, it’s a lot more fun.

“(Physical play) was never really a strength of mine. I’ve always been a smaller, scrawny kid,” he added. “Being a stronger and tougher guy is definitely an advantage. You can be strong around the ball. I’m glad I can compete with kids like that now.”

Scott had one of Ozark’s three second-half goals against Helias. His play caught the attention of Tigers coach Zack Owens.

“Phin is so in form. He's been playing absolutely awesome,” Owens said. “I literally told (assistant Craig Kondrackl), as we were watching Phin dribble around the top of the 18(-yard line), 'He's playing so great, I'm loving watching him play.’ It was three seconds later he scored.”

As for Phin’s name, there’s actually no compelling story to tell.

“There really is no origin to it,” he said. “I asked my parents and they just thought it would be a cool name.”