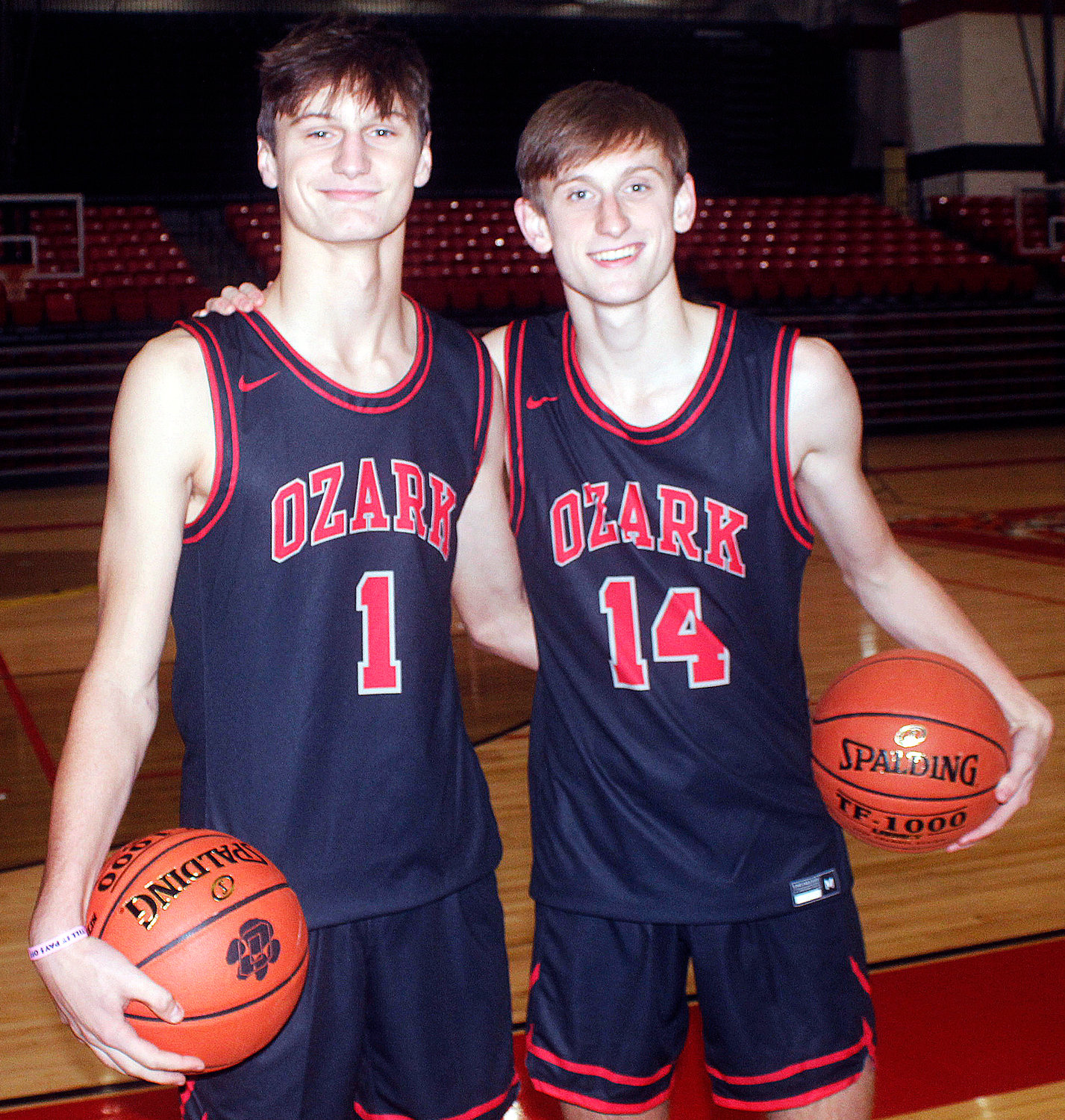 This promises to be a season like no other for brothers Ethan and Jace Whatley. They will start alongside each other for Ozark for the first time.

“There was a chance last year we could play together and we did get on the floor at the same time a couple games,” Ethan said. “But this year it’s going to be real, with his increased minutes and this being my senior year.

“Everybody on the team is my basketball family,” he added. “But playing with an actual family member, it’s so much different. I’ve thought about this year since I started playing basketball. It’s truly going to be a blessing to play with him.”

“I’m super excited about it,” Jace said “We’ve grown up together and been real competitive with each other and now we get to play together. We haven’t really been teammates before.”

Ozark opens its season Tuesday at home versus Capital City.

Ethan is a senior sharpshooter who is on track to reach the 1,000-point milestone this season. Jace is a 6-foot-5 sophomore post player, perhaps the most prized prospect the Tigers have had in recent seasons.

The Whatleys hope to set each other up for success.

Ethan is approaching 6-foot-3 and tries to take all jokes in stride about Jace being his younger, but bigger brother.

“When people ask me, ‘How much taller is your younger brother than you,’ that hurts a little. It’s a sore subject with me,” Ethan said with a smile. “My Mom tells me, ‘You’re not short by any means.’ I tell her, ‘How would you like to be the shortest boy in the family.”

Ethan adds he thinks Jace has the potential to be a star.

Likewise, Jace has plenty of respect for Ethan.

“Through basketball, he has always been my role model,” Jace said.

As much as Ethan and Jace are looking forward to this season, they think their parents are even more excited.